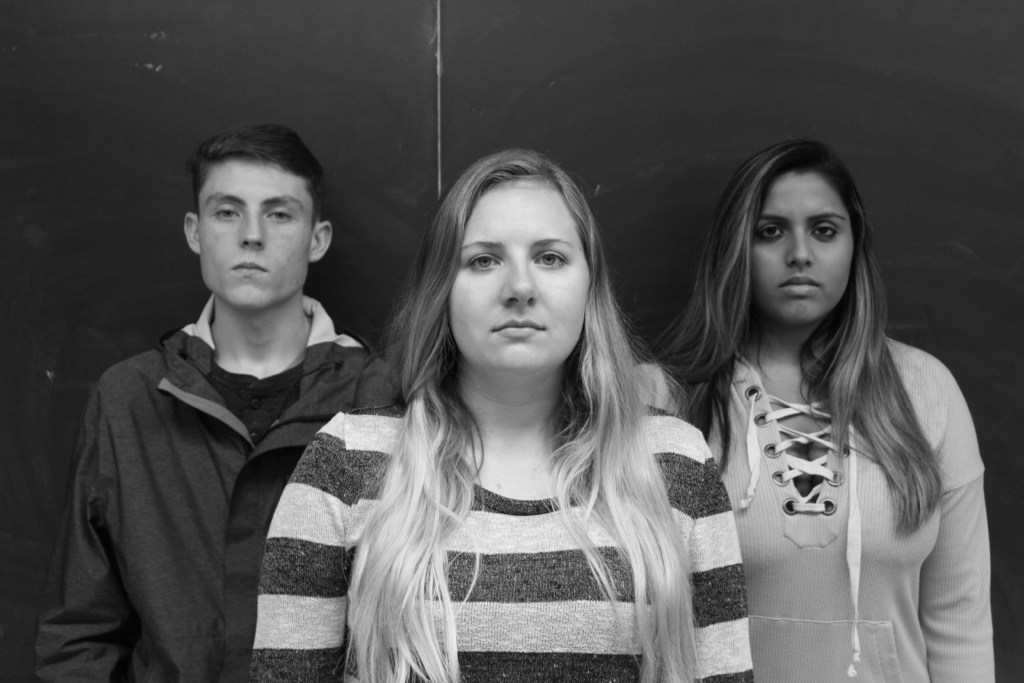 “When people feel helpless, it’s easy for them to become numb.”

It’s March 16, 2019, the day before St. Patrick’s Day. College kids are having a blast; it’s a day of celebration famously known for massive amounts of alcohol. At approximately 4:30 p.m., family members and students at the University of Michigan receive a call reporting that there’s an active shooter on campus. I am one of those family members.

I pick up the phone and immediately feel my heart drop. My sister, Jenny, and many of my friends from high school go to school there. I call my sister right after hanging up on the automated voice message, but I can’t reach her. I panic. I call her repeatedly as tears start to stream down my face. Then I get in touch with my closest friend, Ashley, who also attends the University of Michigan, and I am so relieved to hear that she is all right. I ask her to see if she can get a response from my sister. I tell my mom the news, and we hope that nothing happened to her. We wait for three hours with bated breath, and later in the day, we find out that it was a false alarm.

That threat wasn’t real, but on that same day, four people were shot in Camden, New Jersey, which left one dead. The false alarm in Michigan was set off during a candlelight vigil for the victims of the New Zealand mosque shooting. An extremist right-wing man perpetrated that crime, and his destruction left 50 dead and 50 injured. The panic left us in Michigan, but the fear of the possibility stayed while others mourned.

Some twenty years after the first school massacre, Columbine has seared its way into the hearts of many. The killers rampaged into the school with only two goals in mind: to terrorize the nation by creating the deadliest mass murder of their time and to become famous for it. Most millennials didn’t grow up with the fear of that kind of violence, but that hasn’t stopped us from having to adapt to it.

Elise Tomaszewski, a senior at Michigan State University, commented that she heard about Columbine when she was younger but didn’t really think about the event. “I just heard that people got shot, and I thought that it just happens sometimes. It didn’t make me afraid to go to school until more happened,” she said.

Our society was shocked when the Columbine shooting occurred in 1999. Since then, it has kept occurring—copycat shooters use it as a how-to guide for committing mass murder. It’s hard to handle these events, so many desensitize themselves. When people feel helpless, it’s easy for them to become numb. A lot of people do care about gun violence, but as we’ve seen more and more horrible acts as time progresses, they don’t concern us the same way. As the frequency of these actions have increased, our society has shifted away from the immediate reaction of pure terror and grief. Now, active shooters are normal.

Megha Patel, a senior at MSU, wasn’t aware of gun violence until Sandy Hook, the tragic 2012 mass shooting that took the lives of 28, including children. Before Patel heard about the shooting, she had never encountered firearms and thought that cops were the only ones who had them. After the tragedy of Sandy Hook, though, she started to realize the power that guns had. Patel said, “Those kids just went to school like any other day and never came back. I thought it could have been me, but then I just went back to my life because I thought it was just one incident.” It wasn’t until high school that she really thought about the issue and saw the devastating frequency of such shootings. She now recognizes that kids of all ages must think about the possibility of a mass shooting in their area.

Elise Tomaszewski first encountered gun violence more directly when she heard about the movie theater shooting in Colorado in July of 2012. She grew up with guns and was extremely surprised when she heard the news. “It shook me. I remember hearing about people falling to the ground and having to act like they were dead and climbing over people to try to protect themselves,” Tomaszewski said. She recalled that she didn’t want to go to a theater for a while.

Millennials have grown up being exposed to news stories about active shooters, and some have taken it into their own hands to try to feel safe. “Every single time I go in a building, I look at exits. It didn’t used to be like this, but now I always think: ‘how can I get out of here if there’s someone with a gun?’” Patel said. Tomaszewski commented further: “Now, I think about where I can hide if I need to, and I think about when I have kids. My mom’s biggest worry was about dating when I was younger. Mine will be worrying that some psycho is going to shoot my kindergartener. It makes me fear for the future.” This is the dangerous reality now for parents, family and friends of students. Anthony Norris, a sophomore at MSU, said, “Mass shootings are a deadly fear for me. You don’t want to be oblivious; I have a defensive mindset now.”

When asked if these students ever thought about a shooting happening on MSU’s campus, they gave a resounding yes. “It’s so easy. Buildings aren’t restricted, but maybe they should be because this is what our country has come to,” Patel said. “We feel immune and invincible because we feel so safe on your campus, but then you look around, and it hits you that it could happen here.”

But in spite of the media’s general tendency, mental health isn’t what we should be pointing our fingers at for violence. Hate, white supremacy and racism, which aren’t mental illnesses, fuel most of these shooters. “You can’t generalize that mentality ill people just want to shoot others. It makes people not want to get help because they don’t want to be seen that way,” Tomaszewski said. Stigmatizing mental illness does nothing to stop mass shootings from occurring—the truth is that most people with mental illness are nonviolent and are more likely to be victims of violence, according to the American Psychiatric Association. In addition, Mental Health America states that 95-97% of gun violence is not caused by mental illness. There is a difference between mental illness and the ideation of violence that drives the monsters who perpetrate mass shootings.

“I’ve shot a gun before and know all the safety procedures. When I hold one, I know the insane amount of damage that I can do and how to prevent it,” Tomaszewski said.

Our society has been rocked by these events, and we will never be the same. We must always remember those who lost their lives and the reasons people took them. It isn’t until we and our government do something about it that we will change for the better. I hope that one day, our kids will not have to live with the fear that we do, and it will all just be a distant, horrid memory in our history books.

Heather Haely is a senior studying Professional Writing and Advertising. After graduation, she wants to edit or advertise for a publishing house. Heather loves good books and free time with friends. Her perfect day is in the sun with the sand in between her toes. She also likes to make fun of herself and dance like no one’s watching. Follow her on Instagram @heather_haely.