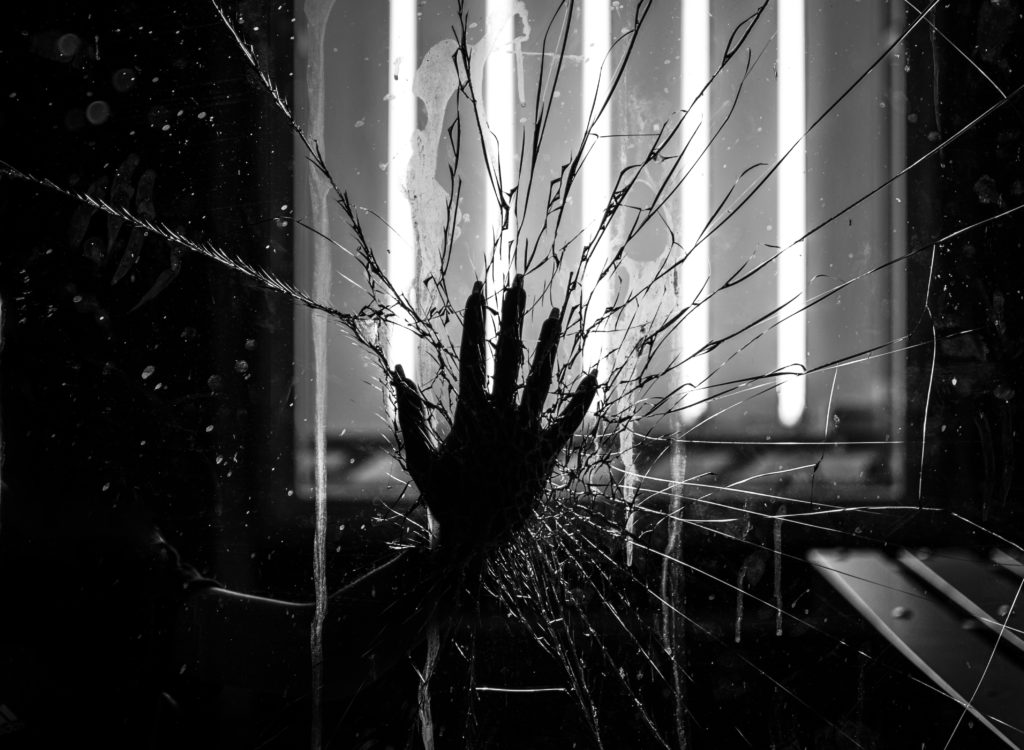 Deborah Monroe was only 13 years old when her life was changed forever. At 13, she went to the fair, intending to run away and find a family, so she set out seeking the bearded women and the stretch guy. Instead, she was greeted with 26 years in a human trafficking ring.

According to the United Nations Office on Drugs and Crime, human trafficking is defined as “the recruitment, transportation, transfer, harbouring or receipt of persons, by means of the threat or use of force or other forms of coercion, of abduction, of fraud, of deception, of the abuse of power or of a position of vulnerability or of the giving or receiving of payments or benefits to achieve the consent of a person having control over another person, for the purpose of exploitation.”

Monroe is from Jackson, Michigan. Throughout her childhood, Monroe and her brothers were in and out of foster care. When she was 10, her mom went to bingo and never came home, leaving them with their alcoholic father.

When Monroe’s mom left the family had to live out of its car, which resulted in her going back into foster care. Her father met someone new, re-married and started his life over. Her new stepmom had kids—boys similar ages to her brothers—so they fit right in, Monroe did not. Her new stepmom didn’t want her to live with them, so at 11, her dad found her an efficiency apartment.

After her dad caught her stealing to stock her apartment, he took it away, leaving her on the streets alone. The court put Monroe in a program connected to the juvenile home— a three-month family reconnection program, where no family reconnection was fostered. Not wanting to return to the house that abandoned her, she went out on her own.

Enter the circus: when Monroe arrived, she didn’t find the bearded women or the stretch guy. Instead, she found a man. He was nice to her, he walked with her, he bought her food. Monroe doesn’t remember what they talked about, but she trusted him enough that when he asked her to show him around her hometown, she did.

Monroe got in the car with him and he took her all the way to Detroit. When she arrived, he put her in a motel room on 13 Mile and Woodward. He didn’t spend the night with her, but in the morning, he took her back to Jackson.

He left her on a bench in front of the Sheridan Inn with $20 and a decision to make. He gave her an hour to choose: stay with him, or go back to the fair.

“All I could think about [when I] was sitting on that bench…was that he didn’t want me, and I had done something wrong again,” Monroe said. “And when he showed up an hour later, I felt relieved and got back in the car with him.”

He took her back to Detroit and had sex with her. She was 13.

In Detroit, she was greeted with four other girls. He told her she would be going to work that night. He gave her clothes, the girls did her hair, and she went to the Crestwood Motel on 8 mile to work. She shadowed the oldest girl for the week. After her first night out, the older girl told her the rules.

“She told me at the end of the first night that what I needed to do when we got home, I needed to stand in line and we needed to give him every dime that we made,” Monroe said. “And so that’s what I did six days a week.”

Her life became a steady cycle. She would work, come home, give her money to her pimp, and sleep. “I felt like this was a family,” Monroe said. “People that cared about me.” Not used to this kind of ‘home,’ making $300 a day was empowering to Monroe.

She was arrested for the first time when she was 14 for being in an area of drugs and prostitution. She was taken to juvie, and her dad was called. He wouldn’t bail her out because he didn’t want to lose a day’s wage. After two weeks of her being there, her pimp called her father telling him to bail Monroe out. If her father did, her pimp would pay him his day’s wage: $80.

She felt that if she did what he wanted she was safe. She kept doing this for years, moving from state to state, working, giving him her money, and getting arrested was a weekly occurrence.

“I think I’ve been arrested in almost every state,” Monroe said.

She’s been working to get those convictions expunged; her most recent are from New York and New Jersey and she’s working on Washington D.C.

She stayed with her pimp for almost eight years until she got involved with drugs. Instead of going to work for the money, she was going to get high. As she got more and more involved with narcotics, she created a habit and would run off. Her care for him faded.

She went to jail for a year, and when she was there, her pimp was investigated for running a prostitution ring. When the FBI agents asked her to testify against him, she denied that he had forced her to do anything.

“See, I still cared about him. I still loved him, like this was the only person that ever cared about me,” Monroe said.

It was her only family. She wanted to protect him.

“If you would have asked me, I would have told you never. He never forced me because the day that I got in the car with him in Jackson… It was my choice… I didn’t see any other options for myself,” Monroe said.

Within the year, he was arrested and given 28 years in prison for running a prostitution empire.

While he was in prison, Monroe was on the streets. On her own, she got deeper into drugs. Cocaine turned into smoking crack, and her life was spiraling.

“I went from being a high-class call girl to a $20 crackhead,” Monroe said.

When she lost three of her kids to the State of Michigan, she lost hope.

After being arrested and unable to complete her probation requirements, she went to court. Not wanting to repeat the usual cycle, Monroe asked the judge for a year and a day. He gave her one and a half to four years.

“That one and a half to four years actually saved my life,” Monroe said.

She got out of jail, got somewhat clean, and thought that would be enough. As time passed, she realized it was more than that.

“From the age of 13 all the way for 26 years living that lifestyle…it was a lot of trauma. I would brush being raped off as a part of the job,” Monroe said, “Sometimes I was raped twice in a day. Physical abuse, emotional abuse, manipulation… I just learned how to cope. I detached, and that’s how I learned how to survive.”

She fought to get her kids back and got two of the three while keeping up the same lifestyle. It was here when she realized she needed help.

“This was the first time I think that getting help ever crossed my mind. I didn’t know what was going on with me,” Monroe said.

After therapy, she got involved in peer work. She helps people, mostly women, struggling with mental health, substance abuse, and human trafficking.

“And I’ll tell you, that’s what gave my life meaning and purpose… It changed my life completely,” Monroe said.

According to Monroe, the commission has sub-committees that focus on policy, victim services, victim resources, and more. Monroe herself is part of victim services but now wants to move into laws and policy.

“I got on the Human Trafficking Commission because I wanted to be a voice…it took me 26 years to get out because I didn’t know about the resources available. I was considered a criminal…I was never considered a victim,” Monroe said.

Human Trafficking is a relatively new term; most victims don’t even know what it means.

As the crisis is coming to light, more resources are becoming available to help victims across Michigan and the United States. For more information, check out the Michigan Human Trafficking Task force to find out how you can help.

It’s real, and it’s happening: right around the corner.

Bridget Bartos is a senior studying media marketing journalism with a double minor in public relations and graphic design. With her love for writing and public speaking, she hopes to work in public relations or marketing after graduation. Along with her love for writing, she enjoys art, photography, and social media. Speaking of which, follow her on Instagram @bridgetbart or on twitter @bridget_bartos.