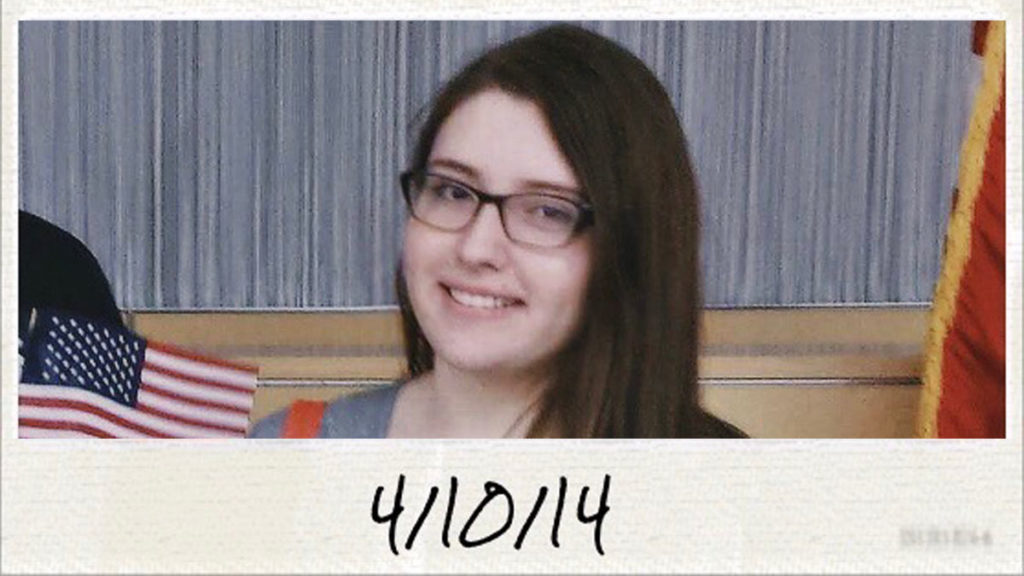 On April 10, 2014, I took the oath to become a citizen of the United States of America. I was 15 years old. When they called my name to receive the certificate of citizenship, I hesitantly accepted my envelope and shook the representative’s hand. I was officially Silvia Hoxha with an American nationality.

At least, that’s what my passport says. Albania, my childhood home, was forever lost.

Living in America longer than I have anywhere else, I have grown familiar with the cultural norms of the country. With every passing year, I grow closer to America and further away from Albania. I find myself confused at old traditions and standards of Albanian culture and more understanding of what was once odd and unconventional about American culture to me.

Nevertheless, there are and always will be things that I will never get used to living in America.

I was nine years old, fresh off the plane and watching Spongebob to pick up on simple English. I was starting school in a few days, and I was paranoid about not knowing how to communicate with my classmates. During the orientation of my new elementary school, the principal held my hand as she walked me into the third grade classroom I would be enrolled in.

Dozens of beady little eyes snapped up from their desks, turning to stare at me.

“Say ‘hello’ to your new classmate!” the principal said.

“Helloooooo,” little voices rang back, and I felt my stomach drop down to my feet.

I didn’t realize they were greeting me, and their voices in perfect unison startled me. Needless to say, I spent the remaining week sick in bed. Not only was I horrified of this new place I was in, but I also didn’t know the words to communicate my fear.

This brings me to the first thing that I will never get used to living in America: bread.

When you are sick in Albania, the cure is usually quite simple: toast.

“This will make you feel better,” my grandma would say while shoving crumbly toast into my stubborn mouth.

When my mom prepared this delicacy of a meal for me during my first week in America, I cried. Not only was I sick, but the bread here was…sweet? Why was it so sweet? And why was it so squishy?

At that moment, I realized that the biggest thing I missed since leaving home was the warm loaf of bread, fresh from the local bakery.

This was a big, big problem for me, and although I’m still not used to the odd taste of American bread, I didn’t realize that I would encounter larger issues soon after.

A few years had passed, and I was in middle school, now fluent in English and feeling confident in my ability to conquer American culture. Around this time, I became familiar with the concept of school shootings.

While in school in Albania, my biggest fear had been earthquakes. They weren’t frequent, but they did occur. If forecasted, the students would step outside or officials would excuse them early from school.

When my middle school introduced cameras, security and locked doors, I was left dumbfounded. I couldn’t wrap my head around the fact that little children faced real danger while in school. It was my first time experiencing real fear. This is another thing I will never get used to.

It was also around this time that I heard the dreaded words that every immigrant has to face at least once in their life: “Why don’t you go back to where you came from?”

At 12, I didn’t have a response. I don’t think I ever really will. I see the beauty in my old home, but it’s hard to ignore the many, many faults. Would I have been happier living in Albania? Maybe, but I will never know for sure.

When you spend the majority of your life living somewhere, whether you like it or not, it will become your home. You learn the language, you learn to stomach the odd food and you make some of the best friends of your life. What I’ll never get used to is being told that I don’t belong here and that this place that has become my home seemingly belongs to someone else.

Another thing I’ll never get used to? The weather. The first time I saw snow was on a bitter, cold night in January 2008. The plane had just landed in Detroit, and I gazed outside from my window seat, gaping at the ice mountains that sparkled under the airport lights. This was also the first time I had seen America.

Twelve years later, the dread at waking up on a school morning to a foot of snow outside has yet to pass.

There are a lot of things I will never get used to living in America, but I try to avoid taking my life here for granted. I can daydream about what my life in Europe would be like, but I know that my ability to achieve as much as I have wouldn’t be the same. The opportunities I have been presented with wouldn’t be the same.

I can’t take that for granted. These things I can’t get used to humble me, and I appreciate every moment of eating squishy bread.

Silvia Hoxha is a junior studying professional and public writing and minoring in public relations at Michigan State University. She was the Social Media Manager for the nonfiction journal Fourth Genre and is the Communications Intern for MSU REHS. Silvia is also an Undergraduate Research Assistant. After graduation, she aspires to build a career in public relations and publish her first novel. In her spare time, Silvia can be found reading a Young Adult novel or watching one of her favorite TV shows.