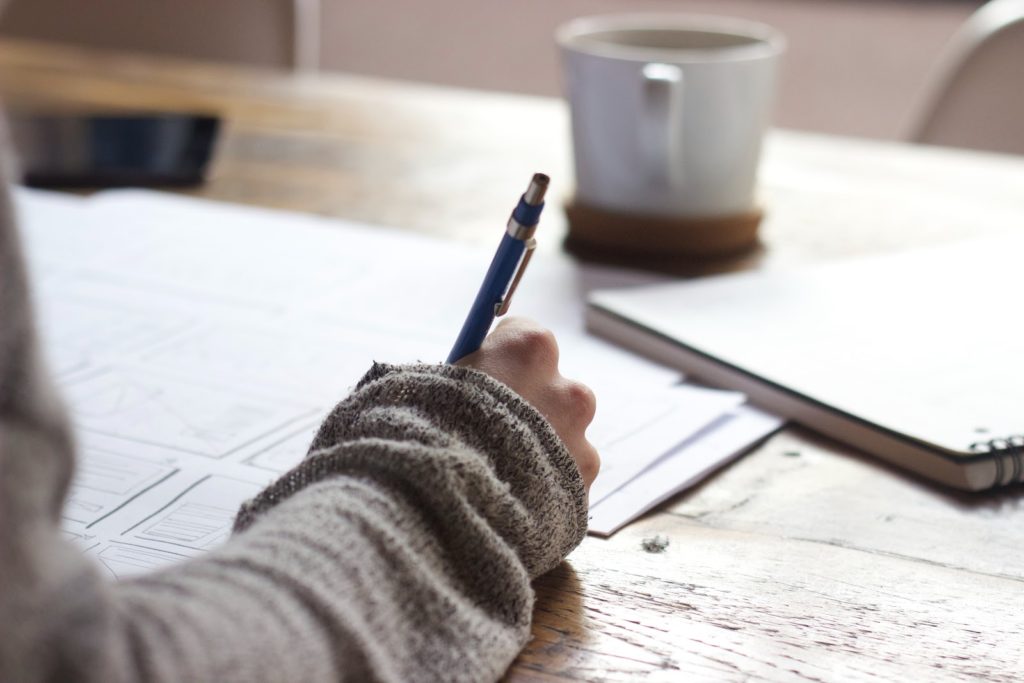 A friend of mine, Preston,* recently got an essay back in one of his classes and ended up with a 3.25. He was especially intrigued as a scribbled out “3.5” was visible on the paper. He had felt pretty good about it when he turned it in, and decided to ask his teacher’s assistant, who graded it, for an explanation for the scratched out grade and some advice on how to improve. When the two met, Preston’s TA explained that the introduction wasn’t entirely representative of everything covered in the paper, that there was a sentence in the beginning of the paper worded awkwardly and that the conclusion wasn’t really necessary for the intent and purpose of the paper.

That didn’t make much sense to Preston; it seemed harsh as the issues with his paper seemed pretty insignificant. He pressed on and asked why he had gotten a 3.25 instead of a 3.5. His TA decided to let him in on a secret since he was a “good student”: there was a curve to the paper grades; TAs were only to give out so many 4.0s, 3.7s, 3.5s and so on. He explained that this was a setback Preston would be able to “recover from” and he thought someone else “deserved it more.” While the TA didn’t admit what he had done was unethical, he gave Preston a free pass, a 4.0 on a—much smaller—upcoming assignment he wouldn’t have to complete as consolation.

Preston mentioned that he had heard other TAs talking about not liking or agreeing with the curve system and that it hadn’t really made sense until now. His perception of the system, that it was meant to help students on difficult assignments, was nothing like its reality. As his TA explained it, he was to distribute grades in the class according to a fixed curve, not a curve based on class performance. Preston pointed out that this practice “inaccurately represents the class’ difficulty,” and that it also causes “the final grade [to come] down to a subjective evaluation rather than a justified objective score.” Students are not being awarded the scores they earned, but rather scores that suit a professor’s curve.

A day or two after I talked to Preston, I talked to another friend of mine, Sara,* who told me about a strange conversation she’d had with one of her professors. When Sara asked what format to expect on the upcoming first exam, he gave her a long, complicated answer about how there would be 30 multiple choice questions, 10 true or false, eight short answer, 10 fill-in-the-blanks and an essay.

In a 100-level kinesiology class, this seemed like overkill to Sara. When she asked why this exam was going to be so much more difficult than those in other sections (and previous years), her professor told her that students were getting 4.0s in the class “too easily” and he wanted to make the class more of a challenge. He wasn’t challenging students with more advanced content, though, he was “challenging” them by asking extremely detailed questions based on statistics from a lecture he never went over with the class. Since then, there has not been another exam, as the class is made up of in-class work (which is mostly busywork according to Sara), a midterm and a final. Each exam makes up 20% of a student’s grade.

Sara also mentioned that a friend of hers had a similar experience. This friend, who currently has an introductory-level class with this professor, said that their professor told her class he would be grading them like they were graduate students. That didn’t make any sense to Sara’s friend, a freshman in a class intended for underclassmen.

Based on these accounts, it appears that certain professors want the prestige of a difficult class (and a perfectly-graphed grade curve) without the work of actually providing engaging, challenging work to their students. This behavior is incredibly insulting to the many dedicated and fair educators these professors work alongside as well as the university as a whole. Students’ grades are not a tool for personal validation, and should not be treated as such any longer.

Students are expected to adhere to strict academic honesty policies, outlined in almost every class’ syllabus. Professors, too, must be held accountable for acting ethically in their classrooms.

Grace Rau is a junior studying professional writing with a focus in editing and publishing. In her free time, she enjoys window-shopping on Etsy, attending UAB’s craft nights and binge-watching “Criminal Minds” with her roommate (Hi, Carrie!). Some of her more scholarly pursuits include joining the Red Cedar Review and studying as a member of MSU’s Honors College.