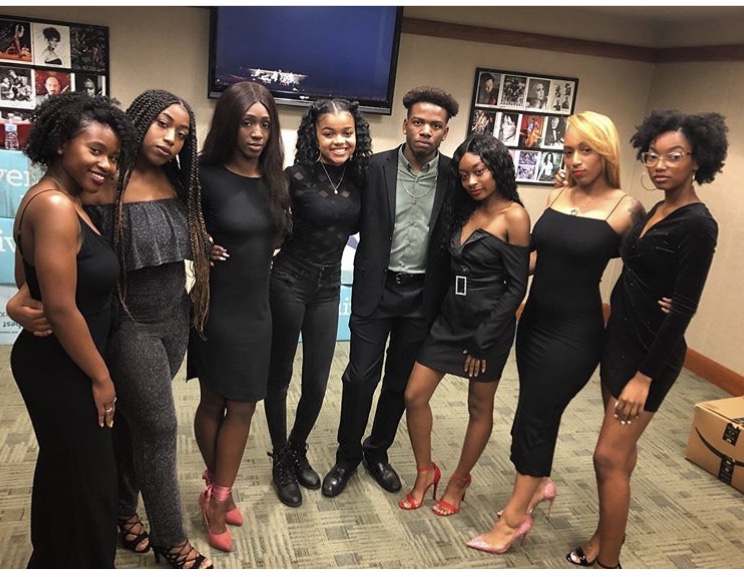 Like every other large university, Michigan State University has to have a certain number of minority students attending the school. It’s a way to give minorities the same opportunities as the majority. With that being said, when it comes to people of a different race and/or culture sharing a campus, it can be an amazing experience. At other times, it can be one of the most unbelievable and sometimes horrifying things you can come across. Michigan State University’s students of color and different religions have been recently facing some unspeakable things. They have been targeted on multiple occasions and anything has yet to be done about it.

In one incident, a selected group of students were emailed a survey from the university asking participants how insensitive and racist statements made them feel. One of the questions stated, “No Rachel, having black DNA in you won’t make you black. Though it will make you a single mother.” The choices of response were “not at all offensive,” “somewhat offensive” and “very offensive.” This survey with a little over one hundred questions and statements was just as offensive, if not more. The professor has apologized and made it very clear that he was not trying to be harmful or hurtful through this survey. One statement was, “taking a gun and killing all the Asians.” This survey was made to be offensive to all people of color and the LGBQT community. It was conducted and sent out by an MSU professor, who is of color himself, wanting to “evaluate the level of aggressiveness for some statements that have been taken from the popular social media platforms,” according to the disclaimer on the survey.

Although he didn’t intend to cause any pain, he still did. Nothing has been done to rectify the situation. Minorities on campus do not feel safe walking around campus, attending classes or talking to anyone about what’s going on and how they’re feeling.

In another recent incident, a black student experienced one of the worst Halloween “pranks” anyone would have to endure. She was the only black student on the floor of an MSU residence hall in Brody Neighborhood. One day close to Halloween, a noose was placed on her door made out of toilet paper. When she reported this incident and the people responsible were asked to address their intent, they said “it was only a Halloween prank.” When students expressed how offended they were because the University said it was only a prank, another email was sent. The university apologized for addressing it only as a prank and said that their intentions were not to make students feel like their feelings aren’t validated.

Like the survey issue, this was also pushed under the rug. This student has to live with this racial experience because of insensitive people. This doesn’t only affect this one student, but every student of color. They are fearing for their lives, and none of their feelings are being taken seriously. Students have to take it upon themselves to provide safe spaces in their communities. Michigan State University President Stanley did release a statement, stating MSU does not approve to this racial conduct, but no drastic changes have taken place. No one has been punished and nothing has been done to accommodate the minorities on campus through these terrible times.

In another brief incident the MSU’s Hillel (a Jewish center) was vandalized over the time a Jewish holiday was happening. The incident is recorded and the two men seem to be under the influence of alcohol. No one is in custody but suspects were believed to be identified. A similar incident happened in a Michigan State University residential hall, when a RHS board was vandalized. If you are an MSU residential assistant (RA), you are asked to put a picture on a board with the other RA’s in the building that introduces you to other students in the building. All of the student of color pictures were torn down and the one of caucasian students were kept up. It is still unclear who the people are that are responsible for doing this, but it doesn’t seem to be a big rush to figure it out.

These are tough times for people who identify as a minority of Michigan State University’s campus. Students are taking precautions to keep themselves safe on campus because they are being targeted, and no one seems to want to help. Though having to face what is happening on MSU’s campus right now, minorities have made it clear they will not be silenced through marches, statements and the action of still walking this campus everyday.

Rockila Young is a senior studying professional writing with a concentration on editing and publishing and a passion for creative writing. She one day wishes to be a published novelist and chief of editing. While having a passion for writing, she loves children and is currently working in childcare. You can follow her on instagram @r.o.c.k.i.e