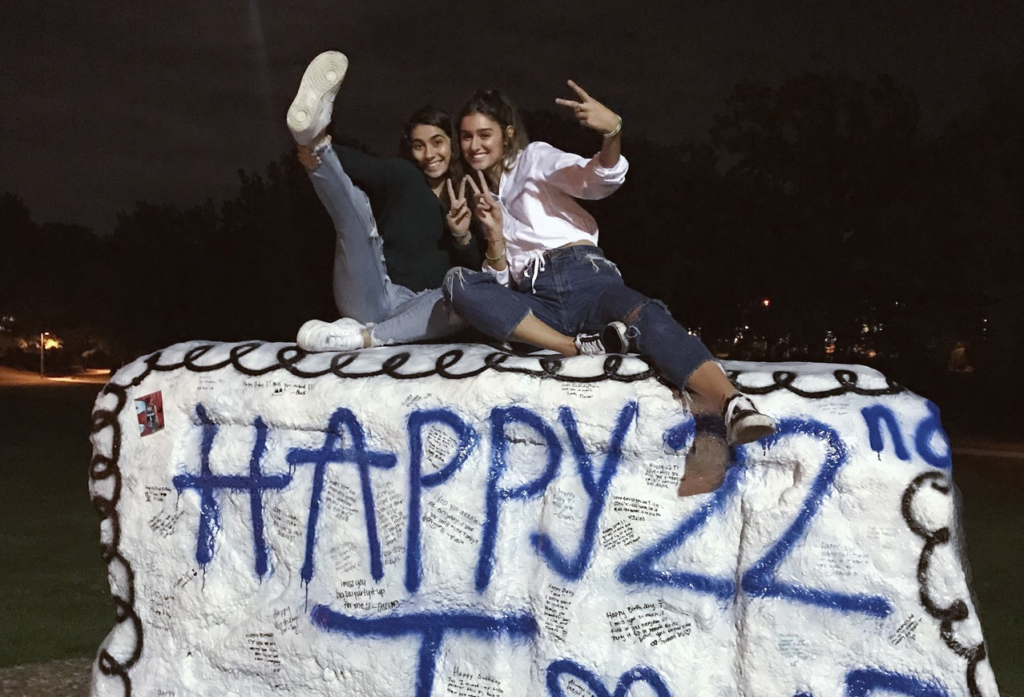 Mopeds ensure a quicker, easier way to get to class, but they are much more dangerous than riding the bus or walking. On Michigan State University’s campus, there have been two deaths and over 20 accidents involving mopeds in just the past year. With the increase in students driving mopeds on campus, it is important to shed light on the dangers they put their drivers in.

On October 18, 2019, Sebastian Tyll, a 20-year-old MSU student, was on his way to work when he collided with a pickup truck. Though Tyll was wearing a helmet, he was pronounced dead later that day. Tyll, a loving brother and son, worked for the MSU Greenhouse just outside of campus. There were no outstanding weather conditions that day, and alcohol is not believed to be a factor in this incident.

“Bicycles, mopeds, scooters and motorcycles are all inherently more likely to get their operators injured or killed, that is just a simple fact,” said Mike Reynolds, a 53-year-old motorcycle rider and a former non-commissioned officer of the U.S. Army. “Even with your headlight on at all times, automobiles will constantly pull out in front of or even into you. You have to be constantly vigilant of everything going on around you.”

Without the safety technology of a car, such as airbags and a crunch zone, mopeds don’t offer any sort of protection if an accident does occur. Even extremely safe moped drivers still have to be cautious of everyone around them. In driver’s training, students are taught and trained to look for other cars, not mopeds or motorcycles. It is not uncommon for automobile drivers to completely miss a moped when checking if a road is clear. A moped is a fraction of the size of a car, so this may not be as odd as it sounds. Mopeds are not easily spotted, making it difficult for drivers to see them.

It is even harder to drive mopeds on college campuses. Drivers on campus are often in a hurry to get to class on time and the roads are narrow with tight turns. Additionally, student drivers are simply not as skilled in driving because they tend to be younger and have less experience. With that being said, all signs are against driving mopeds on campus.

“I met her the day I moved in my freshman year,” said Valissa Kanellopoulos, a student at MSU. “While moving in, I noticed that she lived across the hall and was already situated. I remember she asked us if we needed any help. I thanked her but told her my family was doing pretty much everything. Once my family said their goodbyes and left, she knocked on my door and kindly introduced herself, ‘Hi! I’m Tiana, I live across the hall!’”

On January 15, 2019, Tiana Seville, a 21-year-old MSU student, was killed when a salt truck collided with her moped. She was driving near Spartan Stadium when the accident occurred. Seville was studying kinesiology at MSU and was a former college gymnast. Those touched by her story were able to help raise over $10,000 to assist Seville’s family with funeral expenses.

“When I heard the news, my brain could not process it. It felt, and still feels like, a horrible nightmare. Sometimes it feels real and I feel her absence extremely, and at other times, I feel like she is just on vacation or went home for a while. It’s something I’ve never felt before, but I have learned it’s something that will never go away. She will always be in the back of my mind, every single day. My therapist said it’s pretty much like a TV left on in a room that’s in the back of your brain which will never shut off. That describes the feeling perfectly.” said Kanellopoulos.

All MSU has done to change moped transportation is add moped parking around campus. Mopeds are no longer allowed to park at bike racks, and moped drivers are required to purchase a permit to park at these new moped spots. This does basically nothing in terms of safety for moped users.

“To solve this issue, MSU should have, at the very least, started requiring moped drivers to wear a helmet instead of just suggesting it. Making this a ticketable offense would be a good way to get the message across that mopeds are a serious way for people to get hurt,” said Valissa. “We need to ban all mopeds on campus. I wish it didn’t sound naive or impossible, because it shouldn’t be.”

Mopeds are only getting more common, and accidents aren’t stopping. How many more injuries or deaths are we required to endure for something to really change?