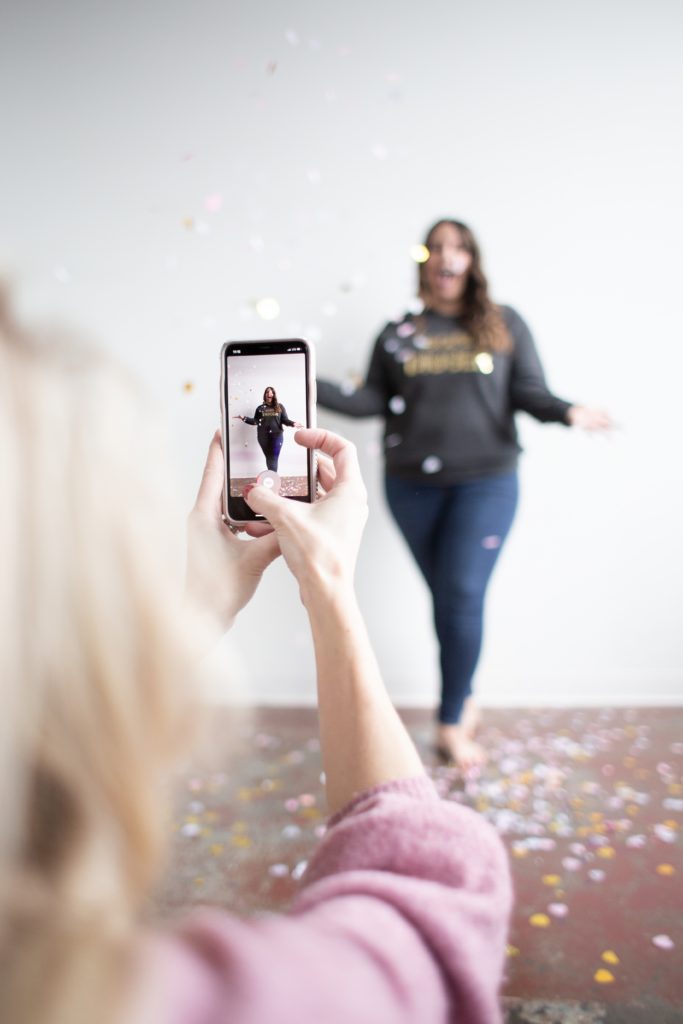 It’s no secret that social media, and Instagram in particular, has been linked to poor mental health and negative body image; something that most people have experienced personally has been confirmed by numerous studies pointing to the harmful effects of comparing oneself to a certain ideal online. As more people address this issue, not just in studies or classrooms but on the platform itself, the question arises: is there a way to use Instagram that avoids this issue, and could have a positive impact as well?

One common suggestion directs platform users to the body positivity movement that has spilled into Instagram. Because users get to dictate the content that appears on their feeds, a seemingly simple solution is to follow more positive accounts—oftentimes, online articles will suggest ones that are associated with body positivity. As defined in a study on this topic, “The Commodification of the Body Positive Movement,” the body positive movement as a whole seeks to spread “any message, visual or written, that challenges dominant ways of viewing physical body in accordance with beauty ideals and encourages reclaiming of embodiment and control over one’s self-image.” The term is often primarily associated with body weight, but it can refer to accepting any type of physical characteristics, including acne, scars, physical disabilities, stretch marks, etc. As Instagram grew in popularity, so did a section of body positive influencers and everyday people using hashtags like #bodypositive to join the movement.

However, the body positivity movement has faced criticism in the last couple of years that applies just as clearly to its iteration on Instagram. While the movement began as a way to promote marginalized bodies, it failed to do exactly that. Instead, it promotes acceptance for a limited portion of the population—largely white, thinner, conventionally attractive women. Searching the hashtag #bodypositive on Instagram will show a stream of results confirming this. Besides, just the idea of associating a movement with images of people’s bodies, even when well-intended, inevitably still sets some type of standard, such as the notion that there is a correct way for curvy bodies to look. Endless posts about loving one’s body can have a similar effect—for people who struggle to do that, they may struggle even more by feeling guilty for not loving their bodies. When it comes to Instagram, body positivity can be just another expectation being fed to users through social media. Despite all of this, the platform still has the potential to be used for a positive experience.

The greatest strength of Instagram in this struggle isn’t in the images themselves; following a body positive hashtag or account alone is not going to drastically change someone’s body image and experience. Rather, there’s greater potential in harnessing the power of social media to create truly inclusive spaces where people can find communities and join conversations about these topics. People turn to these communities for support, or to be challenged on their own biases and preconceived ideas as they relate to body politics as a whole.

I Weigh (@i_weigh) is one of the fastest growing of these communities on Instagram, with almost 950K followers. Founded by actress and activist Jameela Jamil, the community aims to promote “radical inclusivity, so no one feels alone.” The idea for the community came out of a movement that is often promoted as an alternative to body positivity: body neutrality. Body neutrality aims to take the focus away from appearances by focusing instead on what people and their bodies are capable of doing. I Weigh encourages its followers to share images of themselves focusing on their accomplishments and other characteristics that go beyond appearances. The second part of its mission statement is to “amplify, advocate and pass the mic.” I Weigh’s advocacy isn’t just focused on body image; whether supporting transgender activists or climate advocates, the community succeeds where body positivity failed: intersectionality.

Another alternative to surface-level body positive content on Instagram is the work of fat activists like Your Fat Friend (@yrfatfriend) who are also using Instagram for positive causes. The account is run by an anonymous essayist who writes about what it’s like to live as a fat person in the world today. Her goal is to start “deep, authentic conversations about the social, political & economic realities that come with living in different sizes of bodies.” Whether through Q&A sessions hosted through the account’s stories or in a post’s comment section, the account uses Instagram’s power to give people a chance to encounter  perspectives they may never have considered without social media.

Comparison on social media can be hard to avoid altogether. Following accounts that build truly positive, inclusive communities that challenge users to see others’ perspectives, on the other hand, only takes the click of a button. It takes the simple solution of following body positive accounts a step further. Instead of temporarily feeling less negative about oneself, harnessing Instagram’s power for community and activism can lead to true, positive change in people’s lives and a broader community as well.

Katherine Stark is a senior studying professional writing and Spanish. Outside of class, she’s usually busy managing the Red Cedar Review or writing things for other assorted campus departments. In her free time, she enjoys both cooking and running, hobbies which she finds complement each other very well. Follow her on Instagram @stark.katherine and it will definitely not spam your feed, as she rarely remembers to post.