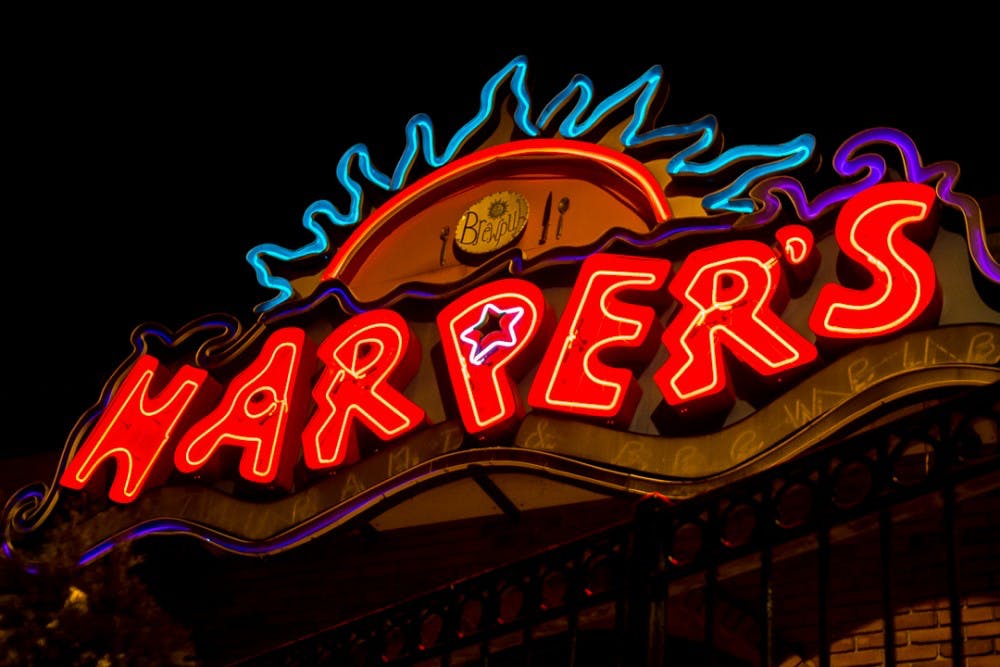 College campuses are known as breeding grounds for regrettable choices or mistakes that come with the independence of living on one’s own in a city away from parental supervision. With this newfound independence while living on a Big Ten college campus like Michigan State University comes the party scene. House parties, fraternity parties, dorm parties, tailgates, “darties,” and bar crawls are just some of the normalized pastimes for students that take place on MSU’s campus. Whether a first-year or a graduating senior, most students have probably experienced their fair share of going out to parties and the hangovers or regret that take place the next day, despite the age restriction on alcohol purchase and consumption. While there is nothing wrong with going out to parties and consuming alcohol, the excessive and extreme amounts of drinking on college campuses are cause for concern, as well as the many problems and consequences associated with binge drinking.

According to the National Institute on Alcohol Abuse and Alcoholism (NIAAA), “binge drinking involves consuming an excessive amount of alcohol over two hours, which raises one’s blood alcohol concentration (BAC) to 0.08 or more.” Although binge drinking occurs across all age ranges, “people who are under the legal drinking age, 21 years old, are most likely to binge drink” according to Alcohol.org. One of the factors that influences this increase is the number of young adults attending college. A national survey conducted by Alcohol.org found that “60 percent of college students between the ages of 18 and 22 consumed alcohol in the month prior; close to two out of three of that survey’s respondents binge drank on the occasions when they consumed alcohol” and “on average, alcohol poisoning brought about by binge drinking is responsible for the deaths of 1,825 college students every year.” Binge drinking at MSU is a very real issue that I, a senior, have witnessed all around me during my four years on campus. It is almost an unavoidable epidemic that is associated with the normalization of the party and drinking culture that takes place here.

Consuming alcohol is an activity that a large percent of MSU students participate in every year. According to the Michigan State University Annual Security and Fire Safety Report, in 2018 there were 836 Liquor Law Disciplinary Referrals given out on campus and on-campus related facilities. This means that 836 students under the legal age were reported by police to be illegally consuming alcohol on or near campus. While that number is realtively small compared to the total population of MSU, it only reflects the minors that were actually charged with that individual crime, and it also does not reflect the various other crimes that are associated with overconsumption of alcohol including assault and sexual assault, vandalism or driving under the influecnce.

Drinking on campus is something that is almost promoted, if not expected. fraternities and sororities in Greek life have a large presence on campus, and both are more likely to encourage or enforce binge drinking through hazing rituals or social expectations. Additionally, the local bars around East Lansing support drinking and partying on campus. Bars like Harpers, Rick’s, Lou and Harry’s and The Riv have daily specials, like half-off drinks or pitchers, that students take part in, starting as early in the week as Wednesday night. These incentives and deals make it extremely easy for students to over-consume alcohol. According to Alcohol.org, “Students who binge drank three times per week or more were six times more likely to perform poorly on class projects or tests as a result of their drinking when compared with students who reported drinking but not bingeing.” This shows that the problem with drinking lies within binge drinking created by the incentives and deals and the culture of drinking on campus. Students often turn to excessive drinking and partying after hard exams, stressful work days or during sporting events. Alcohol is an easily and commonly adopted coping mechanism that leads to poor results in students’ academic studies. However, binge drinking and the consequences related to it could likely be avoided if drinking and “getting wasted” weren’t so normalized on campus.

Personally, I have felt social pressure from my peers and friends to take part in activities that lead to drinking. My early years in my sorority led me to go out to fraternity socials two to three times per week, where there was always alcohol present. I have been fortunate enough to not be affected by any of the dire consequences that binge drinking can have, but I have seen firsthand the many problems that it has caused my peers, sorority sisters and friends. Although many of my memories revolve around alcohol consumption and the party culture at MSU, senior Autumn Miller feels quite differently about the drinking/binge drinking culture on campus:

“Though I do drink on occasion, I never felt the need to drink to excess. This choice definitely didn’t affect my college experience in a negative way, but definitely a positive. In all honesty, I’ve never felt the need to get black out because whenever I am out drinking, I’m with a really good group of friends. They support me, help me make good decisions, and are really fun to be around on their own, regardless of if I choose to drink or not. Choosing to drink in moderation or not much at all has also made me feel in control and good about my body, knowing that I’m making choices that are healthy for it.”

If more students at Michigan State University thought about drinking like Autumn has, a lot of the crimes and problems associated with binge drinking on campus might seriously decrease. Until then, it is important to make sure students and incoming freshmen know the dangers of binge drinking and the serious problems that it could cause. While alcohol and party culture would be nearly impossible to stop completely on campus, it is important to promote moderation and looking out for one’s friends while partying. Workshops or informational programs should be enforced and taken seriously by all students, not just incoming freshmen. In addition, MSU’s policy of medical amnesty on campus, which allows a minor to call 911 in the case of a medical emergency related to alcohol without suffering the consequences, should be more widely promoted.

Gabrielle White is a senior English and professional writing student minoring in women and gender studies. While preparing to leave MSU, she is working on her senior thesis as well as developing a plan for the world outside of East Lansing. Currently, that plan includes a career path in editing and publishing, as well as the possibility of grad school. Her favorite escapism methods from adult responsibilities are listening to her carefully curated Spotify playlists, reading Slyvia Plath, watching her favorite Youtubers and daydreaming about London and New York City. To see her obsess over these topics more follow her on Instagram @ggwhite98.