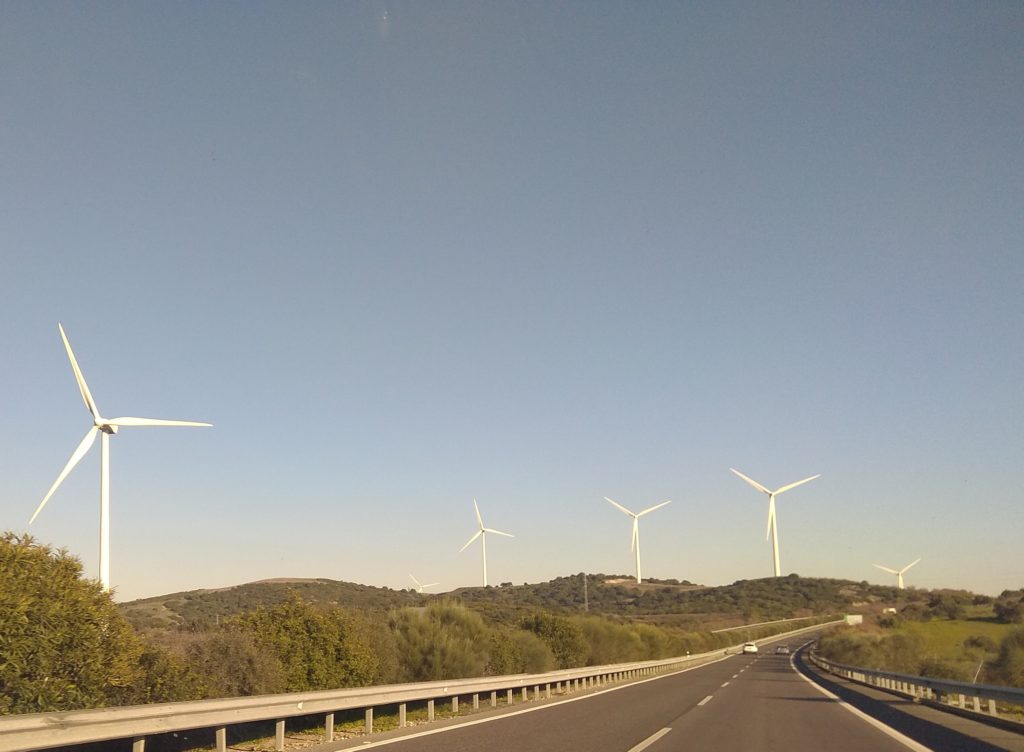 I come from a small farming community in mid-Michigan. Most people I meet have no idea where Beal City is; I usually have to tell them that it’s near Mt. Pleasant or close to Central Michigan University. Sometimes I just tell people I’m from Mt. Pleasant.

Things that would probably be all over the news if I lived in a larger town: potential windmill installation and oil on our land. However, the major events were kept within the community or almost silent overall, probably due to the small population.

In the summer of 2018, a company proposing the installation of windmills in Beal City approached my parents to inquire about using their land. It wasn’t a surprise; they had heard others in the community talking about it, and it was a very divisive issue. People that owned land were being paid to sign, agreeing to possible windmill installation. This was great for landowners, as the going rate was $10 per acre just for signing, but those that owned hardly any land felt that they weren’t getting a say in what was happening.

After agreeing to meet with company representatives, my parents got together with our neighbors (who also happen to be my aunt and uncle), as the company was interested in their land as well. The people from the company showed my parents and aunt and uncle a map of the people in Beal City that had already signed, and it was clear that they were going to install whether or not my family signed. Enough of the community was on board already. My parents didn’t have any serious concerns, and thought that they may as well make some money out of the situation, so they signed as well.

While I didn’t have much of a say in the decision, I was apprehensive. Maybe it was because I wasn’t involved, but I felt like there were so many things that confused me. I felt like the company was using  our community for their financial gain; I didn’t know where the energy the windmills were going to produce would go or why they had chosen Beal as their location, but we weren’t “somewhere else” for the windmills to go. I felt like Beal City was being used as a location for “eyesore” windmills so the actual benefactors of the energy wouldn’t have to see them. I was also wary of the potential risks associated with the windmills. I had heard years ago that windmills caused the ground around them to vibrate, which could be disturbing to livestock and people.

While I wasn’t necessarily in favor of the windmills, local adults that owned little land were getting more hostile. They criticized the (non-green) way the company built the windmills. The pieces were being produced, like many products are, with non-sustainable energy and processes, because green energy isn’t super common yet. This sounded like a reach to me: we need green energy, like that from windmills, to be able to produce more things in an eco-friendly way. While I think those that were anti-windmill were trying to suggest the company was being hypocritical, this came across as a bitter, poorly-informed argument to me. They were also concerned with what would happen when they were eventually decommissioned, how close they would be allowed to buildings and how tall they would be and that they were generally an eyesore. There was a Facebook page dedicated to the dangers of windmills and organizing those that were not in favor. While those against the windmills presented their arguments as concern, many land-owning residents believed that they were bitter that they weren’t being paid, while their land-owning neighbors were.

I wasn’t aware until recently, and therefore those against the windmills probably weren’t either, but a group of people that signed to have windmills on their land hired a lawyer and made several demands of the company to ensure their land would be preserved and farmable. To outsiders, it may have seemed that they were only in it for the money, but they did put serious consideration into their decision.

Now, as of winter 2019, the windmill controversy has almost completely blown over. While there aren’t any windmills installed yet, the decision has been settled for quite some time. The anti-windmill Facebook page hasn’t been active lately and there aren’t any signs protesting or supporting their installation anymore. Much to my pleasure, a local power company has purchased the rights to the windmills that will be installed in our area. They’re coming and it’s going to be strange at first, but I’m glad to know that local business will likely use the power. I’m also glad for the inclusion of clean energy in my community. I’m not sure if the windmills’ purchase by a local company got those that were originally anti-windmill at first on board, like me, or if they eventually got tired of fighting a losing battle, but I’m glad the community isn’t at odds anymore.

In contrast to the controversy surrounding the windmill situation, my family and I didn’t hear of any division caused by deals made with an oil company summer this past summer. Representatives from an oil company visited my parents’ home as well as others’ to ask for permission to potentially drill for oil on their land. The company was offering a lot of money for permission, as they needed a certain amount of adjacent land to make drilling worthwhile.

My parents weren’t as sure about this development, though. My mom said that it seemed much too good to be true, and my parents ended up talking to my uncle, who had worked in the oil industry for a long time, to better understand what was going on. They also invited him to the meetings they had with the oil company to make sure everything was factual, and they ended up signing in the end.

While I haven’t heard much follow-up on the oil issue, I hope nothing much comes of it; the idea of drilling for oil in Beal City makes me nervous. I have concerns about pollution and spillage, and don’t care for the idea of Beal City supporting the continued use of unsustainable energy.

I asked my mom what she thought of the differences between our community’s response to the windmill and oil situations. She said that she was surprised that there was such a nonreaction to the potential oil drilling.

“God makes wind every day,” she said, noting that it was strange our fellow citizens were up in arms over clean energy but somehow unconcerned over the serious consequences drilling for oil could have. Sadly, I think their concern with the clean energy probably came from the common opinion in our town that the windmills would be an eyesore. Windmills may not be the most beautiful thing to look at, but as my mom pointed out, neither are telephone lines, but we’re all used to and happy we have those.

While my mom didn’t have much to say about the oil, as there haven’t been new developments, my mom admits that she isn’t fully sure that approving the windmills was the right move for our community. She does have some minor concerns, though she mentioned how efficient the windmills are supposed to be and that they will probably “improve the whole community.”

I agree. While I don’t know if the windmills will end up being positive because it hasn’t happened, I think it’s very likely that they will end up doing good for the community. Beal City isn’t a coal-mining or polluted town, but I look forward to what hopefully ends up being an eventual switchover to green energy in our town. I’m also glad that the windmills are going to benefit the people they will coexist with. I don’t know what the initial developers’ plan was, but I’m happy that we aren’t “somewhere else” for the windmills to reside in the end.

Grace Rau is a junior studying professional writing with a focus in editing and publishing. In her free time, she enjoys window-shopping on Etsy, attending UAB’s craft nights and binge-watching “Criminal Minds” with her roommate (Hi, Carrie!). Some of her more scholarly pursuits include joining the Red Cedar Review and studying as a member of MSU’s Honors College.