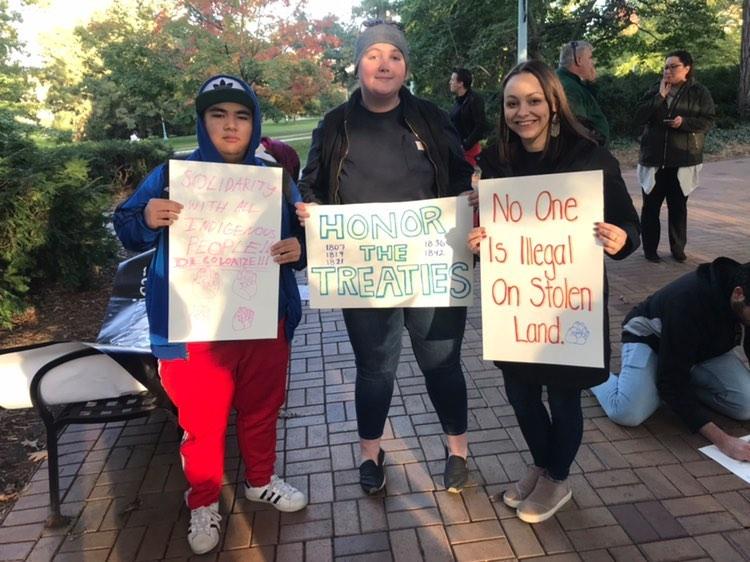 It is easy to believe that public and private universities are institutions of higher learning that educate the next generation, do cutting edge research  and have sparkling histories. After all, the things heard about these schools are good things a majority of the time. When people talk about universities, it’s almost always about how Harvard has a fantastic law school, University of Michigan has an excellent medical school, and Northwestern University has a superb journalism program. Going on any university’s website, a user can typically find the history of how the school was founded and highlights of different events, usually successes, that students or faculty have accomplished.

According to University Affairs, a Canadian publication about Canadian universities, “most histories are commissioned by university administrations, usually to celebrate an anniversary or other milestone, and traditionally were taken on by historians late in their careers, when their reputations are established and the idea of looking back on their university appeals to them.”

The publication continued: there are “two main types of university histories: those that are ambitious and scholarly, and those that are safe, self-congratulatory exercises in promotion.” The latter histories this article discusses espouse the excellence of the school whether it be their academics, student life or research, and are often used in promotion to boost alumni donations and raise enrollment.

Sure, there are the unsavory parts of a university’s history that enter the news from time to time, at universities across the country—Michigan State University’s Larry Nassar sexual abuse scandal, countless athletes being caught for drugs or sexual assaults, and Penn State’s Jerry Sandusky child abuse case, to name a few. This doesn’t even take into consideration the several student protests that have taken place over decades such as the Third World Liberation movement in the ’60s, the Kent State Shootings in the ’70s, and the student protests that have taken place on MSU’s campus in the past three years.

As these embarrassing and upsetting events take place, it is hard for the public to remember that there are students and faculty who don’t always agree with what the administration is doing and how they’re handling these incidents, shown as evidence through protests. Little is said in a university’s history about how the students and faculty feel. There may be publications and opinion pieces written, but they are not often circulated beyond the community. Most of the communication between the school and the rest of society occurs through administrators and public relations people interested in keeping their names out of the mud.

This often leads to a representation of the school which students and faculty view as skewed. People outside of the school’s community see only the good things about the university without getting a bigger picture of the campus climate.

As mentioned before, student activism and voices have resulted in real change. For example, the Third World Liberation movement brought ethnic studies programs to schools across the nation starting at University of California, Davis. Without these students, the public wouldn’t know much about the current events happening at universities because the university administration doesn’t publicize this information. Documenting their history proves that students care deeply about what is happening at the school they go to. The historical significance of these events linger because it is an example of students holding their administrations accountable for their actions. Without the documentation of these efforts, it would be harder for future movements to take root and grow when their schools are mistreating them.

Because only one side of the story is often told, administrations are able to cover up student responses and gloss over horrific events that take place on their campuses, all just to protect the university’s reputation. To this point, it is important for students to keep raising their voices. The universities and colleges can not be relied upon to tell the whole story, so it’s up to those who actually go to school at these institutions to get the truth out. Never be silent, and keep advocating for change. Don’t let universities gloss over their shortcomings. Stand up and speak out.