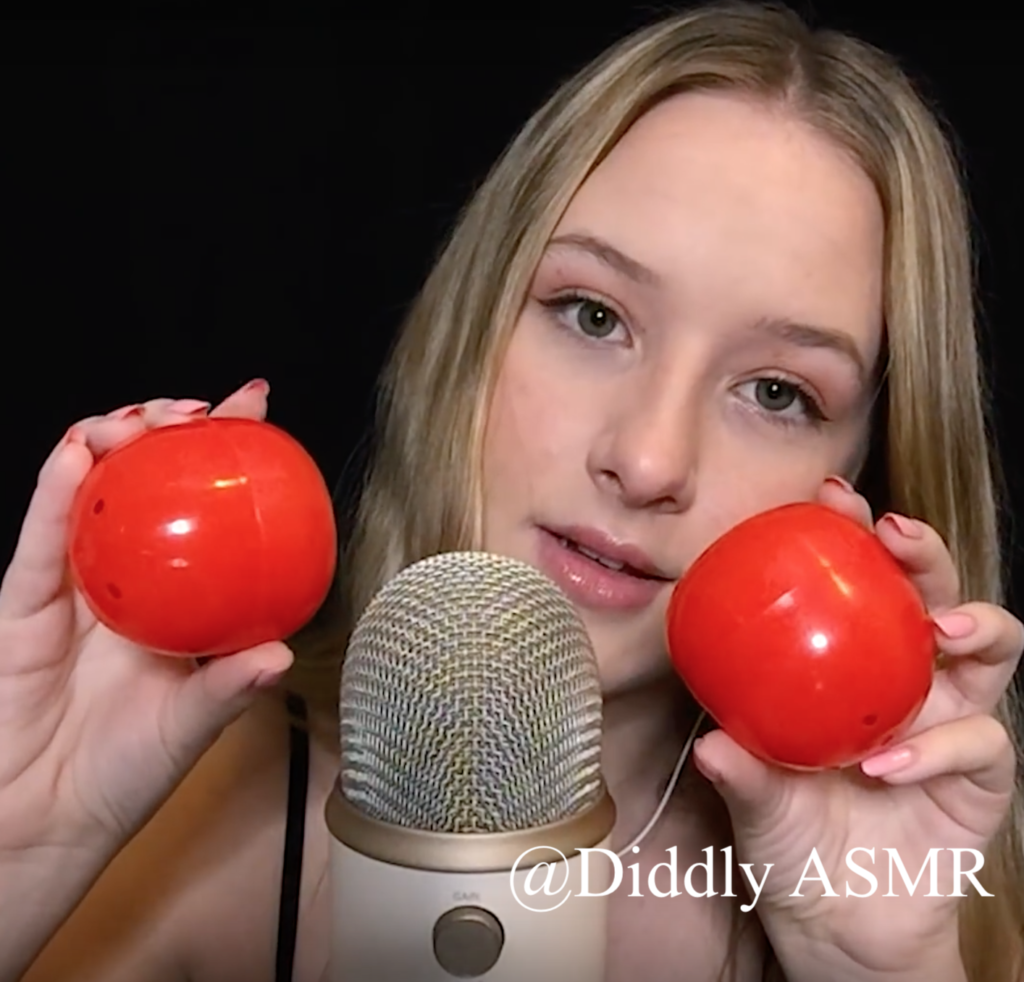 At first, the autonomous sensory meridian response videos, better known as ASMR, were nothing more than people whispering and tapping on random objects in front of a camera. Now, ASMR has become a huge trend on YouTube, social media, and other mainstream content. Businesses have capitalized off of ASMR with ads and business deals, celebrities have experimented with it, and people have made careers on YouTube as ASMRtists, or people who make ASMR videos.

The sounds and sights of ASMR are meant to induce “tingles” or a euphoric sensation in the brain and throughout the body. Until about 2010, people didn’t understand what this feeling was, only that it felt nice for those who felt it. Now, with some help from YouTube, ASMR has skyrocketed in popularity. People claim these ASMR videos help with insomnia, depression and anxiety by relaxing the body and mind. Some ASMR videos have garnered millions of views and a lot of people have declared ASMR a success. Some viewers from a WhispersRed ASMR video commented, “This is amazing. It helps me relax,” “Your videos always help me to keep calm and to shut down. I thank you!” So many people give credit to ASMR for helping them fall asleep, and ASMRtists have inspired people to begin new channels and create careers based on ASMR.

While the euphoric tingling is not new (many people actually experience it in their childhood), the pop culture ASMR trend is. The New York Times explained the history of ASMR. It all started nearly 20 years ago when a woman named Jennifer Allen turned to Google to ask if anyone else felt a tingly feeling in the brain from watching or listening to certain things. For years, nothing happened. Then, in 2009, her search yielded a discussion group filled with people describing the same feelings she had. In 2010, Allen coined the term ASMR, and from there, the rest is history. People began creating videos specifically for ASMR, and the trend rose across six continents.

What does ASMR look like today? Well, there are over 13 million ASMR videos circulating YouTube. Role-playing, tapping and whispering are very common ASMR triggers, but ASMR can really be anything from these to hair brushing to cutting paper or flipping pages in a book. The range of known triggers has expanded so much with the use of the Internet. Scientists aren’t exactly sure why people have this response to ASMR, but some think it has to do with people’s childhood and reminding them of things they found soothing. People have always experienced the sensations of ASMR, but only recently did it receive a name and widespread recognition.

ASMR is different for everybody. Some triggers work really well for some and not at all for others. Plenty of people can’t even feel ASMR at all or even experience the opposite effect, which makes it completely obsolete for a large percentage of the population. It’s also important to remember that ASMR is not a cure or replacement for professional treatment. Sarah Keedy, an assistant of psychiatry and behavioral neuroscience mentioned to Huffpost that the Internet can interfere with people’s judgement to seek help if their condition is actually serious.

There isn’t a lot of science to explain ASMR, but a few studies have been conducted. One study by the University of Sheffield found that those who listened to or watched ASMR had a slower heart rate and more emotional arousal compared to those who did not. This is similar to results from other stress-reduction techniques such as meditation and music-therapy. Also, those who experience ASMR reported higher levels of excitement and calmness and lower levels of stress and sadness. The physiological responses from ASMR users indicate that there are potential serious health benefits associated with ASMR. Even outside of research, millions of people comment daily on ASMRtists’ videos thanking them and telling them that they need ASMR to sleep or relax. Scientific or not, people still claim that ASMR helps reduce stress, depression and anxiety.

So, it sounds like ASMR is a revolution in terms of science and relaxation. However, there are two sides to every story. What about ASMR isn’t so tingly? As previously mentioned, there isn’t a plethora of official scientific research on this phenomenon, yet, and what has been done relies on self-reporting. Much of the buzz comes from personal anecdotes on the internet and individual claims. While the studies so far have yielded positive results, there is much to be learned about ASMR and its true potential. Though negative side effects are unlikely, it’s too early to rule out the possibility of ASMR being unsafe. Until then, ASMR mostly remains a cultural phenomenon fueled by opinion rather than fact.

Finally, as ASMR rises, so do its creators. While the population of ASMRtists are typically young women, children have begun entering the field, too. ASMR is not meant in any way to be sexual, and many people recognize and understand that distinction. However, with the Internet being the main outlet for ASMR, child (or any) ASMRtists are vulnerable to viewers requesting inappropriate content such as licking lollipops. There is technology to filter out these types of comments and emails, but no system is perfect, and ASMRtists and their work continue to run the risk of being sexualized. Overall, there’s a huge debate regarding whether children should be ASMRtists which partially rose first due to 13-year-old Makenna Kelly. Wired wrote an article about her sassy cop video and the dangers of child ASMRtists. In this video, which has since been removed from YouTube, Kelly is dressed in a thin material and thigh-high boots which made some subscribers uncomfortable. Aside from sexual predators, young creators also have to deal with bullying. A popular ASMRtist, ASMR Darling, created a video in 2016 where she revealed that she lost friends and her boyfriend at the time after they discovered her channel. Creators still have to deal with outsiders who stigmatize ASMR as weird, creepy or pointless.

Since science has yet to confirm the benefits of ASMR, it largely remains a cultural movement with non-ASMRtists and major companies boarding the bandwagon while it’s still rolling. Of course, there’s absolutely nothing wrong with listening to or creating ASMR, but don’t forget that ASMR is still a mystery. The health benefits are not officially confirmed, so it’s also okay to be a little skeptical. However, scientists and users do seem to agree that ASMR has real effects, so it’s still worth checking a video out. Here are a few YouTube channels and videos to look into: Diddly ASMR (shown in picture), Gibi ASMR, ASMR Darling, asmr zeitgeist

Katherine Marchlewski is currently a junior studying professional writing with a focus on editing and publishing, and minoring in film studies. After graduating, she hopes to find a career related to editing and publishing, ideally with fiction novels. In her spare time, she enjoys reading, watching movies, and scouring Pinterest for jokes, interior design inspiration, and adorable puppies.