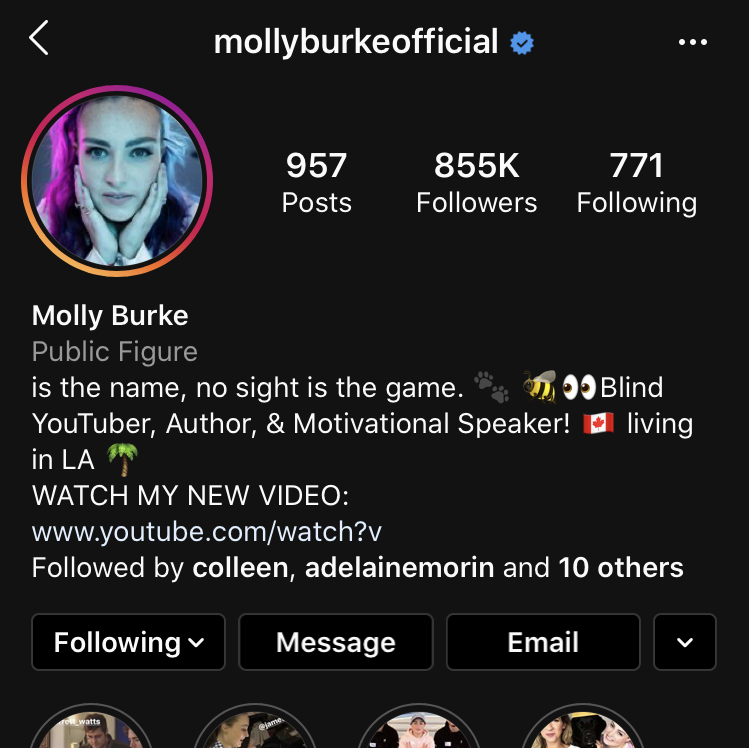 As established author Nikki Rowe once said, “There’s a remarkable amount of strength residing in those who move forward without being able to physically move. Ones that carry the weight of illness or a disability, they battle wars most know nothing about. They are the true warriors of the world, the ones who have every reason to quit but never do.” Disability, in its many forms, is known to most, seen by less, and accommodated for to an even lesser degree. However, disability in forms that are not immediately, or at all, visible to society’s eye have been, and continue to be, disregarded in public spaces, throughout online platforms and in conversations behind closed doors. According to the official United States census website, in a 2014 survey using a broad measure of disability, 27.2%or 85.3 million people were living with a disability in the U.S. alone.

Thankfully, with the power of the internet and the massive growth of technology in recent years, we as a society have become more educated and supportive than ever about not only the various types of disabilities present, but the revolutionary milestones made to help the world become a more accessible place for everyone. The booming prevalence of social media has done an immaculate job of aiding visibility to disabled individuals as a marginalized group, while also giving plentiful career opportunities in a way that promotes individuality and independence. Today, it’s not uncommon to be scrolling through social media and come across motivational speakers who use their platform to speak on what it’s like to live with disabilities, or how they work to overcome adversity.

Not only has the boom of social media made it possible for those living with physical impairments to be seen and heard on a global platform, but it also gives them opportunity to do it in a lucrative and ameliorating way. One such individual who has accomplished her goals of spreading positivity and awareness is the young and successful Molly Burke. Burke is a motivational speaker, activist and YouTube influencer with a following of 1.96 million strong. Born and raised in the greater Toronto area, at four years old Burke was diagnosed with retinitis pigmentosa, a rare condition that causes severe blindness for about 1 in 4,000 people. According to her website, “After enduring years of severe bullying and resulting issues of depression and anxiety, Burke worked to see herself in a different light, while aiming to keep her head high and her heart strong.” She began her career as a motivational speaker in her late teens, and has since gained popularity all over Canada and the U.S., earning herself the opportunity to share the stage with celebrities such as Magic Johnson and Demi Lovato. Alongside her continued public speaking opportunities, she posts weekly videos to her YouTube channel that document her journey. These videos entertain and educate others all over the world, and with the help of her team and trusty guide dog Gallop, she continues to be an exemplifable figure in the world of social media influence while focusing on overcoming adversity and promoting inclusivity and accessibility.

With strong and inspiring individuals such as Burke coming forward to promote accessibility and acceptance in society’s most populous spaces, one can see the major steps that society has taken to normalize and include individuals that face adversity in the most difficult ways. The efforts made by inspiring individuals like Burke beg the question — what else can we accomplish for marginalized groups such as those facing physical and mental adversity?