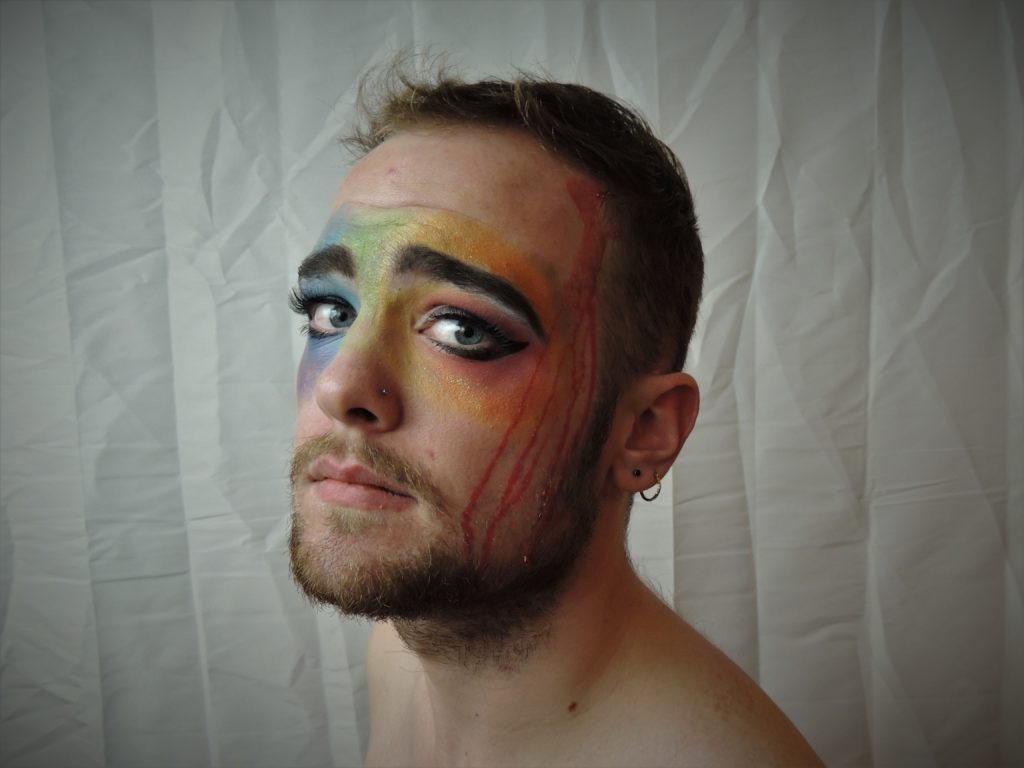 All genres including horror have the ability not only to show what the world thinks of a subject, but also to influence the minds of those who consume it. While horror movies are adored and can reveal interesting things about what the world was scared of at the time it was produced, they also show us flawed ways of thinking in the discourse surrounding queer identity.

People within the LGBTQ+ community are often misrepresented. Their sexualities and/or gender identities cast them in the role of the Other. In horror cinema, their queerness is often seen as something the world should fear and something that makes the character crazy or evil. In 2020, our thinking on queerness and the LGBTQ+ community has changed, and yet, horror movies still depict LGBTQ+ characters and queer people as different, as people who should be kept in that box.

Gay men in horror are often represented as though their gayness is a monster within them or something that drives them to insanity. An excellent example is 1985’s A Nightmare on Elm Street 2: Freddy’s Revenge. The homoerotic undercurrent in Freddy’s Revenge is so strong that sometimes the subtext feels as though it has become canon. One of the most famous lines from the movie is Freddy Krueger whispering, “I need you, Jesse… You’ve got the body, and I’ve got the brains.” However, every time Jesse pauses with that homoerotic undercurrent, Freddy comes out of him or uses him to kill. There is a correlation between Jesse’s sexuality and violence, which implies some sort of aggression is associated with homosexuality or that gay identity is something to be fought.

There is a tendency for people to blame the problematic themes seen in horror films on the eras in which the movie was made. However, even in contemporary horror movies with homoerotic undertones, the idea that a queer identity must also be violent reappears. For example, in 2019’s The Lighthouse, there is an almost tender moment in which the two male leads (played by Robert Pattinson and Willem Dafoe) lean in for a kiss. Instead of allowing the moment to remain tender, they instead end up fighting and swearing at one another. While the homoerotic undertone remains intact, as the wrestling is very guttural, it also solidifies the theme that gayness must be fought or resisted so common to horror.

In addition, trans* people are not only cast as the Other, but transexuality itself is explained incorrectly. We see in 1980’s Dressed to Kill a character shown as having two different sides, a female side and male side. The female side is the film’s killer. Joan Ford, while speaking on the Dead Meat Podcast, puts it beautifully by saying, “It’s always this story of: they want to be a woman, but when their ‘male’ side is awakened by the sexuality of a woman the ‘female’ side has to repress that. So they have to kill the object of that attraction, of the thing that is reigniting their ‘male’ side.”**

The character of Buffalo Bill from 1991’s The Silence of the Lambs is another who suggests that being trans somehow also equates to being a killer. In the movie, when Buffalo Bill is denied sex reassignment surgery, he then goes out and dissects women, taking their skins to make a “woman suit.” This reading implies that people who surgically change their gender are in some way stealing from people by trying to change their bodies. (For more thoughts on this subject, check out the Dead Meat Podcast episode on trans representation in horror.)

Another example comes from 2018’s Lizzie, which features an interesting take on lesbian relationships. The new take on the old tale now includes Lizzie Borden (played by Chloë Sevigny) taking part in a romantic relationship with Bridget Sullivan (played by Kristen Stewart). The relationship is not played up only for the audience’s pleasure, but also adds an additional element to the story: Lizzie is a killer not because her sexuality has driven her to madness, but because the people she killed threatened to hurt and had hurt her lover.

Another shining light for lesbian inclusion is 2018’s Unfriended: Dark Web. In this film, two lesbian characters, Nari and Serena (played respectively by Betty Gabriel and Rebecca Rittenhouse) are victims of the horrors of the movie, but not because of their sexuality. They just so happen to be a lesbian couple in a horror movie.

While each of these movies is problematic and we clearly have a long way to go before they’re more inclusive to their audience, it should be noted that such films should not be discounted. Often, movies like these are some of the first times that members of LGBTQ+ communities get to see themselves not only being portrayed on screen, but as the lead characters. The inclusion of queer villians is fine, but that their queerness is the reason why they are villains causes issues.

**Although Ford is right, the male/female dichotomy is still problematic in its erasure of nonbinary individuals–we’ve found no instances of nonbinary characters in the horror genre.