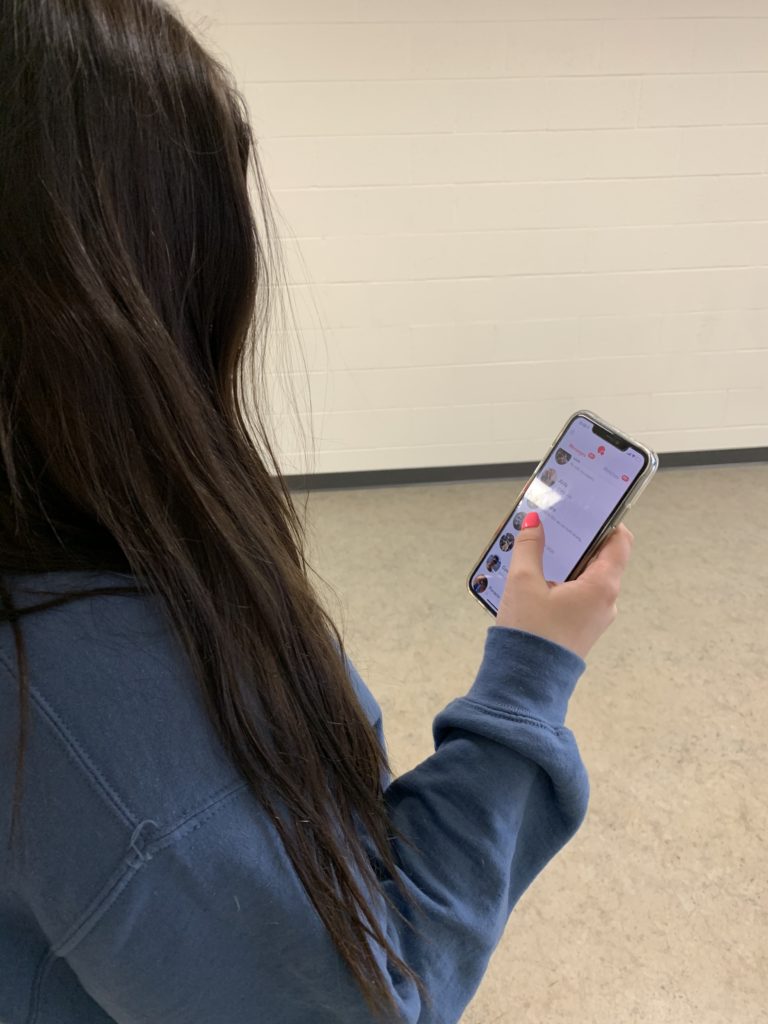 (Author has requested to remain anonymous.)

Online dating, like cafeteria food or studying at the library, is a staple experience for many people in college today. Though other “how we first met” stories are more glamorous or romantic, the reality is that a large portion of couples have met through online dating. The most popular apps at Michigan State University are Tinder, Bumble, Grindr and Hinge. A recent Stanford University study says 39% of heterosexual couples reported meeting their partner online, compared to 22% in 2009.

We hear a lot of “horror stories” about online dating, so I wanted to see if my peers’ experiences aligned with this popular narrative. I talked to a few of my friends and classmates to see what they have encountered so far while online dating, specifically, on dating apps in college.

One friend said she had really hit it off with a guy on Tinder. She said they had been talking for a while on the app and then on Snapchat, and then they had a cute bubble tea date planned. He even checked in a few days before the date to confirm that it was still happening, but then never showed up to the actual date. She was left confused and disappointed, even more so when she was blocked on all of his social media accounts.

Another friend said that he had set up a date with a girl who he had enjoyed talking to, and thought she felt the same way, especially since she proposed they go out to get coffee. He didn’t have a car so he took the bus to the coffee shop she suggested, but she never showed up. She blocked him on all social media accounts that they had previously talked on too, so there was no way to contact her and no closure.

A third friend said she had an uncomfortable experience after she downloaded Bumble and matched with someone almost immediately. It came up that he was an RA, which she was okay with, as RAs have to have demonstrated a high level of responsibility to be in that job. It became a little bit less okay when he took the conversation for a more suggestive turn though, and even less okay when she found out that he was an RA in her building. Upon learning this information they both decided it was best to unmatch and not continue communication, but the situation was awkward nonetheless.

Possibly the grossest of all online dating experiences discussed occurred with another friend. She said that one guy tried to strike up a conversation based on the tidbit that she had included on her profile about how she enjoyed knitting. This man took this seemingly harmless hobby to the worst place imaginable and suggested sleazily that she knit him a “warmer” for his private appendage.

A lot of other friends shared shorter anecdotes and just overall feelings of things like profiles being misleading, ghosting and feeling overwhelmed by hookup culture. This is believable in a place where everyone is just figuring things out relationship and intimacy-wise. The issues above are not easy to solve, but maybe we can minimize the bad experiences by keeping the following tips in mind:

First, be yourself. You will attract people who value you for you and not have to keep up any sort of facade. Also, you will be more likely to find someone you are compatible with.

Consider treating others like you would want to be treated. This includes prioritizing consent. Don’t take the conversation into talking about your crotch if it doesn’t seem like the person you are having a conversation with isn’t into it. Also consider how you would feel if someone did to you what you are doing to others.

Also, be safe. Always take precautions that ensure you stay safe around strangers. Suggest a cute date in a public place like at Blue Owl or a hockey game, and try to avoid having first dates at a dorm or apartment alone. This provides an exit, like when you’ve finished your coffee or the game, you can choose to keep hanging out or you can choose to leave. Also, a smart idea is to alert your friends that you are going on a date, share your location with them and let them know when you will be home so that they know that you’re safe.

Finally, remember that the format of online dating allows for anonymity, which is a benefit for safety reasons, but also gives an opportunity to be disrespectful or misleading to others. If safety affords it, try being the most authentic and kind version of yourself. You never know who will take note and let their guard down and be genuine and kind also. We have the opportunity to have a pleasant interaction with someone we don’t know that is brand new in the relative timeline of humanity, let’s take the opportunity and use it for good.