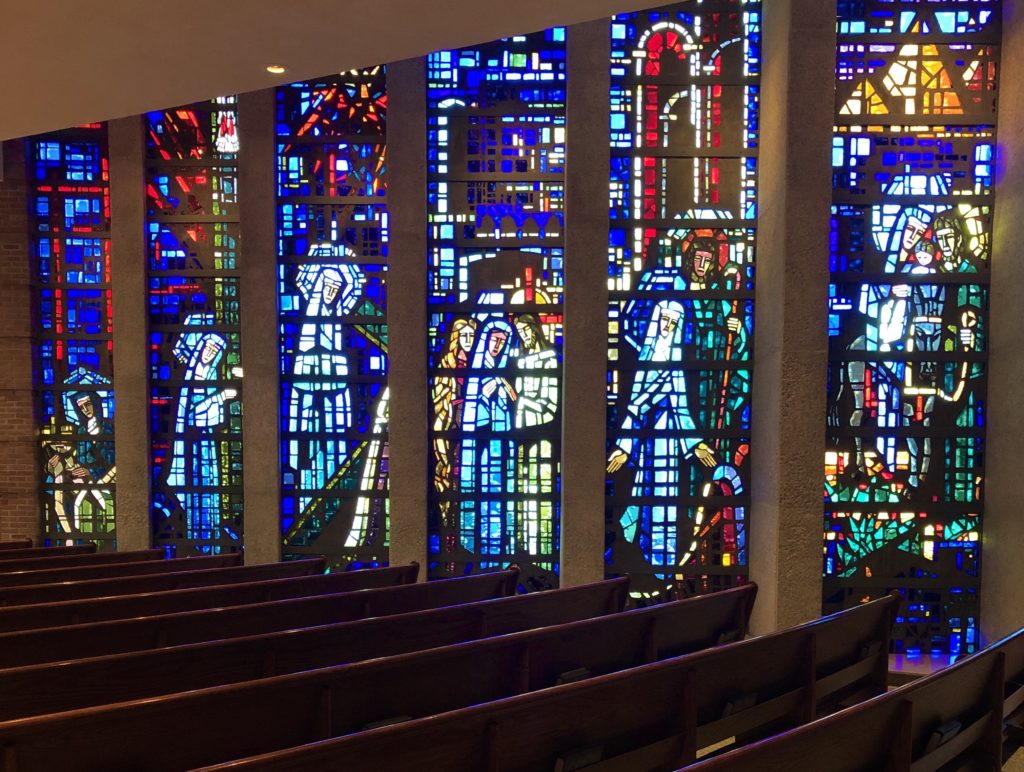 From as early as I can remember, every Sunday morning during my childhood included attending Mass with my family. My parents and grandparents were raised Catholic, and as a result, so was I. Attending Mass was a ritual I always enjoyed — at least until one homily made me rethink my opinion. I attended a Mass that began with normal readings from the Bible, focused on stories of Jesus Christ and his disciples, but the homily that followed focused on the exile of homosexuals. At that moment I was faced with a moral issue: am I going to have to alter my beliefs in order to remain Catholic, or will the Catholic Church reconstruct theirs in order to keep me as a devoted follower?

Sitting through a 20-minute lecture on why all homosexuals should be abolished from society drew me away from the rest of Mass. As a supporter of the LGBTQ+ community, I stopped attending masses as a whole. While Catholicism itself does not support anything other than heterosexuality, much of modern society does.

It is becoming a common occurrence for members of my generation to feel uncomfortable by the Catholic Church’s teachings. According to Glaad, 31% of Millennials left the church due to poor treatment of the LGBTQ+ community. Although I stopped going to masses led by one priest, many individuals began to refrain from going to mass at all. A fellow Michigan State University (MSU) student, Grace Rau, recently experienced a situation similar to mine herself. She is a faithful ally to those of the LGBTQ+ community even after being brought up in a Catholic household.

Rau experienced an alarmingly homophobic homily from an associate pastor that deeply upset her during a normal Sunday Mass at St. John Church and Student Center, just off the campus of MSU. As a result of this incident, she found herself attending Mass much more infrequently. She believes in God, heaven, and many other teachings of Catholicism, but she has found herself questioning whether she truly is Catholic. She does not believe homosexuality is a sin, and therefore, maybe she is a different denomination of Christianity.

“I think the church (and priests) needs to seriously, deeply examine old beliefs,” says Rau. “A lot of young people aren’t willing to support a homophobic or sexist church, and I completely understand that. I think priests need to engage with current culture to be aware of the ways people’s lives are changing, so they can see what ways their preaching should change.”

Father Gordon Reigle, the head pastor at St. John at MSU, preaches to a congregation made up largely of MSU students. Due to a congregation consisting of a larger amount of young adult college students than most Catholic Churches, he faces an increasing turnover rate. While associate pastors at his church have made homophobic comments such as the ones experienced by Rau, Reigle has learned to keep his homilies light, humorous, and full of current social issues and references in order to combat this rising issue.

While Reigle’s approach doesn’t necessarily lead the church toward progress, it refrains from fueling the fire even further. According to Gallup, 20% of individuals who identify as LGBTQ+ identify as Catholic. As these individuals attempt to practice their religion, they continue to be discriminated against by the church’s disapproval of homosexuality. Reducing that discrimination factor can help make these individuals feel more accepted through practices such as Reigle’s.

While collectively priests across the United States seem to be set in their ways. Pope Francis has made progress when it comes to accepting members of the LGBTQ+ community. According to The New York Times, Pope Francis defends the sacrament of marriage. Within the Catholic Church, marriage is exclusively between a man and woman. He has shifted his focus through listening and accepting others. Pope Francis has met with members of the LGBTQ community, including individuals who identify as transgender or homosexual, and has told these individuals that God made them gay and loves them as they are. Although this initiative has just recently begun, it is possible that Pope Francis’ actions will trickle down to priests around all over the globe.

Theresa Whaley, a member of the LBGTQ+ community, was raised Catholic and actively practiced for many years. After repressing her sexuality until she was 17, due to the teachings of the church, Whaley started to distance herself from Catholicism and from her relationship with God. During the years before, she was resentful and hateful toward members of the LGBTQ+ community, trying to save them from “going to Hell.” However, with time, she realized she was only projecting her insecurities onto others instead of facing disapproval herself.

“My whole life was built around Catholic guilt that has followed me into adulthood as anxiety and depression, and they hit me really hard as I grew into myself and let the faith go,” Whaley says.

While she still finds Mass and other Catholic events to be somewhat inviting, Whaley claims she could never go back for good, saying, “They would have to disband and reevaluate their whole belief and existence to change anything detrimental enough for me to consider coming back to the faith.”

The question at hand is whether or not the Catholic Church will progress with modern society. While the pope has made small progress, the existing rate that young adults are leaving the Church brings into serious question wether the Church might have to step away from some of its original beliefs. Even though this could mean that this new form of Catholicism would differ from tradition, Rau claims that maybe these changes call for something entirely new.

“I think I’m a different branch or maybe a new wave of Catholicism, and I think a fair amount of young Catholics/Christians probably identify the same way,” she says. “I don’t feel a disconnect in myself, because I think my viewpoints are cohesive. I’m just waiting on the church to get there too.”

Nicole Glynn is a junior double majoring in professional writing and advertising management. She currently writes for VIM Magazine as a contributor to the women’s fashion team, and volunteers at a local cat shelter in her spare time. She is also the External Marketing Director for the Beta Theta Chapter of Alpha Xi Delta, but more importantly is a loving sister to her 47 other housemates. She can be found asking every single one of her friends which picture to post to Instagram, what caption to use, and most importantly, going against every opinion her friends gave her in the process.