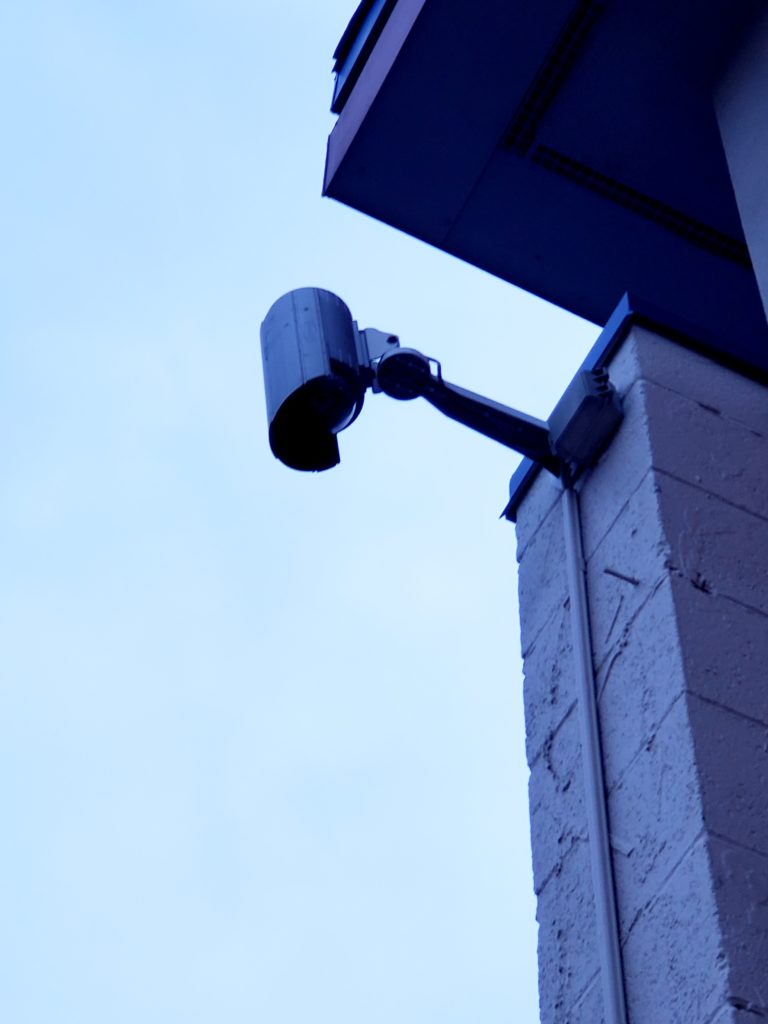 What do oppressive governments, invasive cameras and AI have in common?

They all can be found in the realm of cyberpunk, a sci-fi dystopian genre that rose to prominence in the ‘60s and ‘70s. Its novels and films foretold a future of government corruption and technological marvels: drugs and genetic modifications, artificially intelligent robots and surveillance technology sneaking into homes, streets and workplaces.

The genre is currently gaining traction in the media with the upcoming video game “Cyberpunk 2077” set to release this September. Media such as the Netflix series “Altered Carbon” and the film “Blade Runner 2049,” have kept the genre relevant in recent years. In the thinkpiece Cyberpunk is Now and No One Knows What to Do with It, Pattern Theory, a writer for the online journal Modern Mythology, speaks on how the director of Blade Runner 2049 struggled to innovate the genre since a lot of its genre principles were losing their fictional glimmer.

“Critics and fans praised [cyberpunk] for high production values, sincere artistic effort, and meticulous direction. Yet something had gone wrong. Director Denis Villeneuve couldn’t shake the feeling that he was making a period movie, not one about the future,” said Pattern Theory.

When it first came to fruition, cyberpunk as a genre predicted the possibility of a grim, technological future and questioned the government, warning its audience of the capabilities of modern inventions. It could be argued that the United States and other developed countries are living in a cyberpunk fantasy. Modern technologies and principles have come to mirror the invasive concepts introduced in these media forms.

For example, where can people go without the eyes of cameras staring at them from who-knows-where? Privacy is slipping into the past. Cameras litter every street corner and hide under the rooftops of most establishments. The phrase “in the public eye” takes on a new meaning when there are many more eyes to count. Yet, cameras have also saved lives, assisted in solving crimes, and captured memories many would say are timeless. Where is the line?

Constant monitoring is a concept explored in shows like Black Mirror and novels like 1984, and while these examples are not specifically considered cyberpunk, they still take from a lot of the genre’s conventions.

In 1984, protagonist Winston Smith exists in a totalitarian society where everyone lives under the thumb of the government and constant surveillance. In a review of the novel, The Guardian points out the similarities that this seemingly “fictional” future shares with our modern day society.

“Perhaps the most powerful, effective and frightening notion of ‘1984’ is that the complete control of an entire nation under a totalitarian state is perfectly possible,” wrote Conheeneyl, a literary writer for the website. “If the world fell under the control of one or even multiple dictators, the future could easily become a twisted, cruel world where every movement, word and breath is scrutinised by an omnipotent, omnipresent power that no one can stop, or even oppose without the fear of death.”

As seen here, “1984” predated the official beginning of the cyberpunk genre, being published in 1949. It still holds up when compared to modern day elements and people.

Pattern Theory dives into the concept of totalitarianism, comparing the wildly rich tech company Amazon with the corporations found in cyberpunk. The brand has a history of partaking in unconventional and occasionally shady business practices.

“Rewarding corporations for their bad behavior is just one way the world resembles a fictive dystopia. We also have to face rapid ecological and institutional decay that fractionally adjusts our confidence in stability, feeding a persistent situational anxiety,” writes Pattern Theory.

The article goes on to list close to a dozen cyberpunk scenarios one can find while surfing the news.

“We live at a time where 3D printing is so accessible refugees can obtain prosthesis as part of basic aid. People forced to migrate because of an iceless arctic will rely on that assistance. Or we could lower temperatures and slow climate change by spraying the atmosphere with sulfate, an option that might disrupt advertising in low-orbit. Social credit systems are bringing oppressive governments together. Going cashless is altering our expectations of others. Young people earn so little they’re leveraging nude selfies to extend meager lines of credit.”

BBC found even more comparisons, recalling the cyberpunk traits seen in the original “Blade Runner” film that found their way into reality. These included video calling, smarter robots and home assistants such as Alexa and Google Home. The 1982 film was set in 2019. The pages of cyberpunk almost served as a precursor for what today’s modern technology would come to be.

It can be hard to imagine fiction as fact as new technologies continue to evolve. Cyberpunk will have to continue to update if it wishes to remain a figment of imagination instead of an analysis of real world corruption. The rich thriving at the expense of the poor—with a deteriorating planet to boot? It almost sounds like science fiction. All that’s missing are some flying cars and robot overlords.

John Castro is a professional and public writing senior with a tendency to write long and melodramatic works of fiction he knows no one will read but his mother. He plans to apply his knowledge to social media management, content strategy, and the candlelit hours that follow in