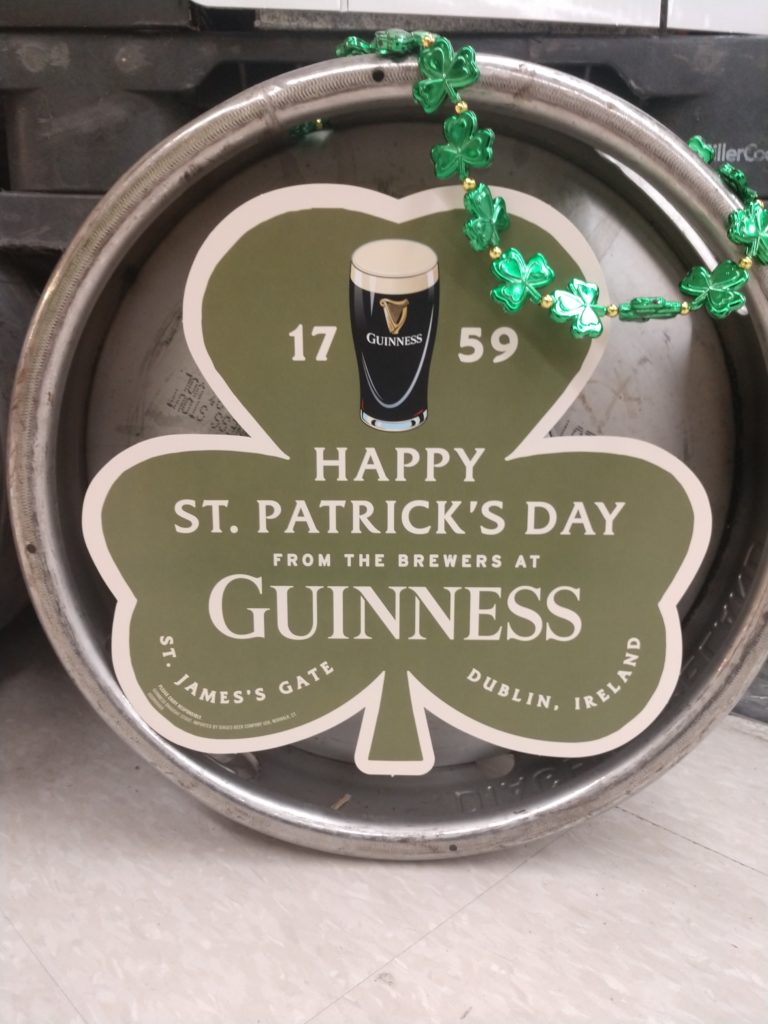 March 17 marks the celebration of St. Patrick’s Day, the one day out of the year dedicated to celebrating Irish Culture. The day has become synonymous with various shenanigans, wearing green, people discovering and embracing their Irish connections and being lucky. This holiday is also almost always associated with the tradition of drinking, which can lead to people being less than lucky.

St. Patrick’s Day has become the fourth most popular drinking holiday and more than 13 million pints of Guinness will be consumed worldwide on this day. According to the United States Department of Transportation, more than one in three drivers involved in fatal car crashes have blood alcohol content over the legal limit on St. Patrick’s Day, making it one of the deadliest driving days of the year. So if you’re drinking pints of green beer, Irish whiskey or Guinness this St. Patrick’s Day, it’s important to know your limit and keep in mind the dangers that come from drinking too much.

While we are meant to celebrate Irish culture and St. Patrick on this day, many seem to focus their day around one of the more harmful aspects associated with the Irish culture. When people think of Ireland, without having some knowledge of the culture and the people, the country’s love for alcohol is often the first thing that comes to mind. This initial thought isn’t one that would be wrong either.

According to the National Alcohol Diary Survey that was conducted in 2014, more than half (54%) of the 18-75 year old drinkers in Ireland were classified as harmful drinkers, which equates to 1.35 million people. In addition to this statistic, 75% of all of the alcohol consumed in Ireland in 2013 was a part of a binge drinking session. This means that excessive drinking is considered commonplace throughout the country.

Through transforming the once solemn holiday into a day dedicated to only drinking, we are further promoting the harmful drinking culture that exists in Ireland. Perhaps you are wondering why we started celebrating this day and St. Patrick, and how it transformed into a drinking holiday in the first place.

Saint Patrick, the patron saint of Ireland, is remembered for converting the early Irish to Christianity. By the time he died on March 17, 461, he had changed the country through establishing monasteries, churches and schools. While this day is rooted in religion, it was the Irish immigrants in the U.S. who transformed this holiday into the one we recognize today.

The first recorded St. Patrick’s Day parade occured in New York City on March 17, 1762. With the increase of Irish immigrants to the United States, the celebration became more widespread. Since 1962, the Chicago River has been dyed green to mark the holiday, even though blue is the traditional color associated with Saint Patrick. Across the United States and the world, millions of people celebrate and connect to their cultural identity and the Irish culture.

While St. Patrick’s Day evolved in the 20th century into a party day for Americans of all ethnicities, the celebration remained solemn in Ireland. Laws prohibited pubs from being open on holy days, such as the feast day of St. Patrick, up until the 1970’s. The partying associated with the day didn’t truly exist in Ireland until Dublin launched its St. Patrick’s Day festival in 1996.

St. Patrick’s Day, whether you drink or not, has become synonymous with many people’s Irish culture and identity. So, instead of just focusing on drinking this St. Patrick’s Day, there are other ways to celebrate the true meaning behind the day.

Watch Ireland on the Screen

From romantic comedies to intense dramas, Ireland and the Irish spirit have been captured for the silver screen. Luckily, there is quite a selection on streaming services. If you’re looking for a romantic comedy, Netflix is currently streaming “PS I Love You.” If you’re interested in films and TV shows that feature an Irish cast, in front of and behind the screen, then “Derry Girls” and “The Young Offenders” are for you. And of course, if you’re interested in something based in Ireland’s rich history and doesn’t shy away from its stories of triumph and hardship, the TV show “Rebellion” is an option.

The Irish have a love for words, and this can be seen in the works they’ve created. Read poems written by William Butler Yeats or Seamus Heaney. If you’re up for a challenge, then James Joyce is your man. Perhaps more contemporary reads written by the Irish, including “Normal People” by Sally Rooney or “The Green Road” by Anne Enright, would be better picks. No matter what you’re feeling like reading, there are plenty of Irish authors to celebrate on this day.

While this may mean listening to traditional music, with some of the most popular bands being The Dubliners and The High Kings, Irish music doesn’t have to be traditional. U2 and The Cranberries are more recognizable Irish artists but others include Kodaline and Dermot Kennedy. Expand your music horizons and give Irish artists the spotlight on this day celebrating the Emerald Isle.

Regardless of what you do this St. Patrick’s Day and where you celebrate, remember to be safe above all else, to celebrate the culture and meaning behind the day and to have some craic (aka an Irish term for fun).

Abigail Scott is a senior double majoring in English and Professional Writing. Upon graduation she hopes to pursue a career in the communications field, but eventually she plans on publishing her own book. Outside of class and work Abigail can be found reading, writing poetry and her senior thesis or Irish dancing.