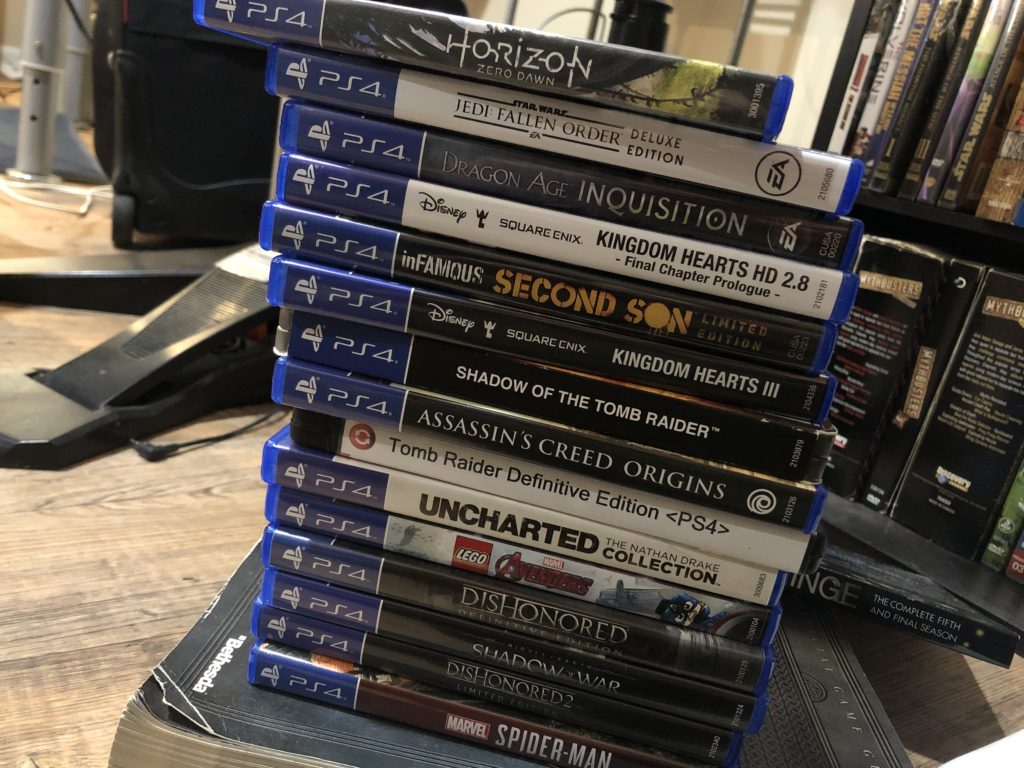 The video game industry is a quickly growing part of the entertainment industry and the economy as a whole. In 2019, the video game industry made $120.1 billion and is expected to continue growing in 2020. Video games have become an ever present, inescapable part of the entertainment industry with major releases getting the same amount of press as Hollywood blockbusters. Some games, such as Fortnite, have an even stronger cultural impact.

Here at Michigan State University, there are students studying game development looking for jobs in the industry as it continues to expand. However, over the last few years, as the industry has matured, there have been calls from workers to unionize and fight against what they see as unfair labor practices from many different game companies. For students in the program, as well as recent graduates, what is it like looking at an industry that is changing before their eyes? What keeps them on the path of working on the games that people enjoy?

The history of the video game industry is not a long one when compared to many other sides of the entertainment industry; however, there have been ongoing rumors and stories about some of its labor practices, spreading online between people working for different companies. The largest issue talked about amongst members of the industry is what’s called “crunch.” The term, as it’s come to be known, refers to the time in the production cycle of a game when companies push their developers to work long hours to finish it. According to an article in Kotaku crunch has essentially become standard practice.

“From multimillion-dollar blockbusters like Call of Duty to niche RPGs like Trails, just about every video game in history is the net result of countless overtime hours, extra weekends, and free time sacrificed for the almighty deadline,” they write. “This crunch comes in many different forms — sometimes it’s long and drawn-out; other times it’s just a few weeks at the end of a project — but for people who work in video games, it’s always there. And because most game developers work on salaries, it’s almost always unpaid.”

“We all know about it,” he said. “It’s not a secret. But the industry is changing. I don’t want to say it’s young, because it’s over 50 years old, but we’re still figuring it out.”

When asked why he thinks people stay the course in the game development program when they know about what is happening in the game industry Ostrem said: “I don’t think any of us are in this for the money. We want to make great games.” The passion that those who make games have for their craft is very clear in how they talk about it. Ostrem himself has been looking into independent development since his graduation as he’s job hunting.

“Independent development is a whole different barrel of monkeys,” he laughed.

The truth is, independent development is an entirely different market from working for a large, or even mid-sized, video game company. Team size can vary drastically, sometimes with one person doing every job. Independent game designer Sarah Woodrow wrote about it in an article aptly titled: 7 Truths about Indie Game Development. The article outlines many of the problems and hurdles that someone looking to make their own game would come across. From setting their own hours, to lacking name recognition to even the time commitment.

At the bottom of the article, however, is a phrase in bold that echoes how Ostrem sees his peers from the game development program: “Don’t do it for the money and success. Do it for the art of making games. Have faith that getting better at this will pay off eventually.”

The passion is there in the industry, no matter what size the game is or how many people are working on it.

As the video game industry continues to mature and grows to be a major player in the world economy, it will continue to attract people who bring their ideas and passion to the job. Despite the crushing hours and the uncertainty of indie development, it is clear that those who work in the industry, and those who hope to, are all there for the same reason. It’s not for the money. They are making games for the same reason that fans eagerly await the major release.

It’s all for the love of the games.

Tristan Tanner is a senior majoring in Professional and Public writing. He came back to school after getting a BA in English with a Film Studies minor because he liked undergad so much the first time around. When he is not doing school work he can be found reading comic books, playing Dungeons and Dragons with his friends or watching and talking about movies. If you have a random question about Spider-Man, there is a good chance that he knows the answer.