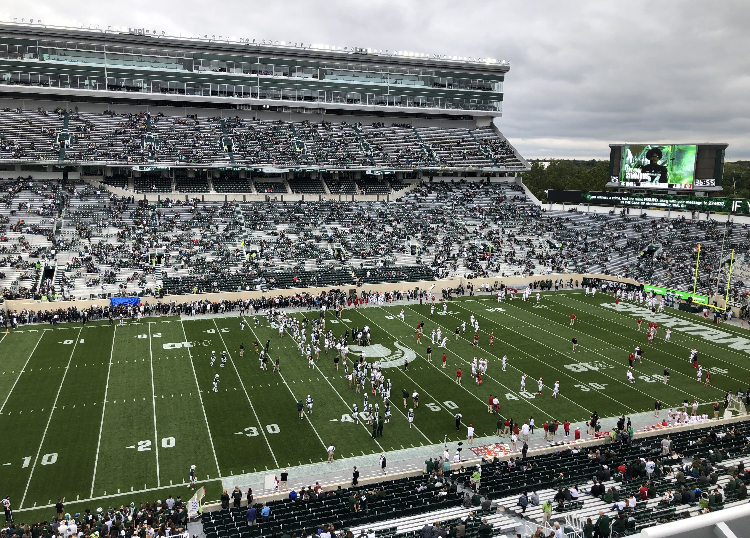 Student debt: it’s a thing. A rather large thing actually. In fact, over 70 percent of students take out loans for their schooling, and the average one leaves their university with nearly $30,000 in debt. The United States alone has a combined total of $1.52 trillion in outstanding student debt. However, there is a demographic that nearly slips away from this falling anvil: the student athlete.

The fact that there are disparities between athletes and their peers comes as no surprise. They intensively work, putting their training into play and their bodies at risk each time they step on their field or court. This brings about the ethical, long-discussed question: should student athletes be paid for their athletic contributions?

Student athletes receive numerous benefits inaccessible to the general student population, such as private tutors and exclusive nutritional opportunities. Not every student athlete is given a full ride or handsome scholarship to their college or university of choice. However, athletes at top division schools often do receive plentiful benefits, sometimes in the form of full ride scholarships that also cover room and board. In some cases, these students also receive stipends, to cover ‘basic needs’. In a way, this makes sense. Those playing basketball, football or any other high profile sport more than likely don’t have the time or energy to carry out a part-time job in their few moments of spare time.

The NCAA, governing body of collegiate athletics in the United States, has been discussing said issue for quite some time now, and has previously shown discontent with the idea. However, in September of 2019 the state of California made their own move towards allowing its collegiate athletes to be paid by passing the Fair Pay to Play Act. This act allows athletes to hire personal agents, sign endorsements and potential licensing contracts and be compensated for the use of their name, image and likeness, primarily by media and popular brands. Per this act, athletes could receive pay from individuals outside of their university, rather than directly from their school’s funds.

In October of 2019 the NCAA responded to the Fair to Play act by unanimously voting in favor of letting collegiate athletes be compensated for the use of their name, image and likeness. Although no rules or regulations have been put in place, this decision acknowledges they will be created and enforced in the coming years. Professional athletes have especially vocalized their support of this decision, particularly NBA athlete Lebron James.

“This is a game changer for student athletes and for equity in sports,” remarked James. “Athletes at every level deserve to be empowered and to be fairly compensated for their work, especially in a system where so many are profiting off of their talents.”

The ability for student athletes to receive pay would begin to decrease the disparity between the funds they see and the money made off of their athletic contributions.

Universities themselves benefit greatly from their star athletes, and although scholarships are given, players often do not see any of the money they directly help earn. For reference, outside organizations make quite handsome profits from the televising of collegiate sports. Broadcasting companies CBS and Turner have a deal with the NCAA to televise the March Madness basketball tournament until the year 2032. This deal was originally a $10.8 billion deal, but later received an $8.8 billion extension. This was only part of the $1.1 billion profit the NCAA sees annually.

With companies and organizations paying and profiting at such large rates, athletes benefiting from the use of their own name or image is beginning to bridge some of the gaps. This decision would also provide athletes funds in order to help support themselves, as they often do not have the time to hold outside employment.

Though the preliminary decision has been made, there are still more discussions to come. In the meantime, a majority of the conversation is in favor of the Fair Pay to Play Act and the work the NCAA is putting towards making the idea more accessible. More and more support is seen each day from various members of the sports community, particularly from those who were collegiate athletes themselves.

Sierra Jezuit is a senior studying Professional Writing and English. She currently works for the Michigan State University New Student Orientation program, and hopes to work in the editing field after graduation. In her free time she can be found listening to all kinds of music, browsing netflix and writing poetry.