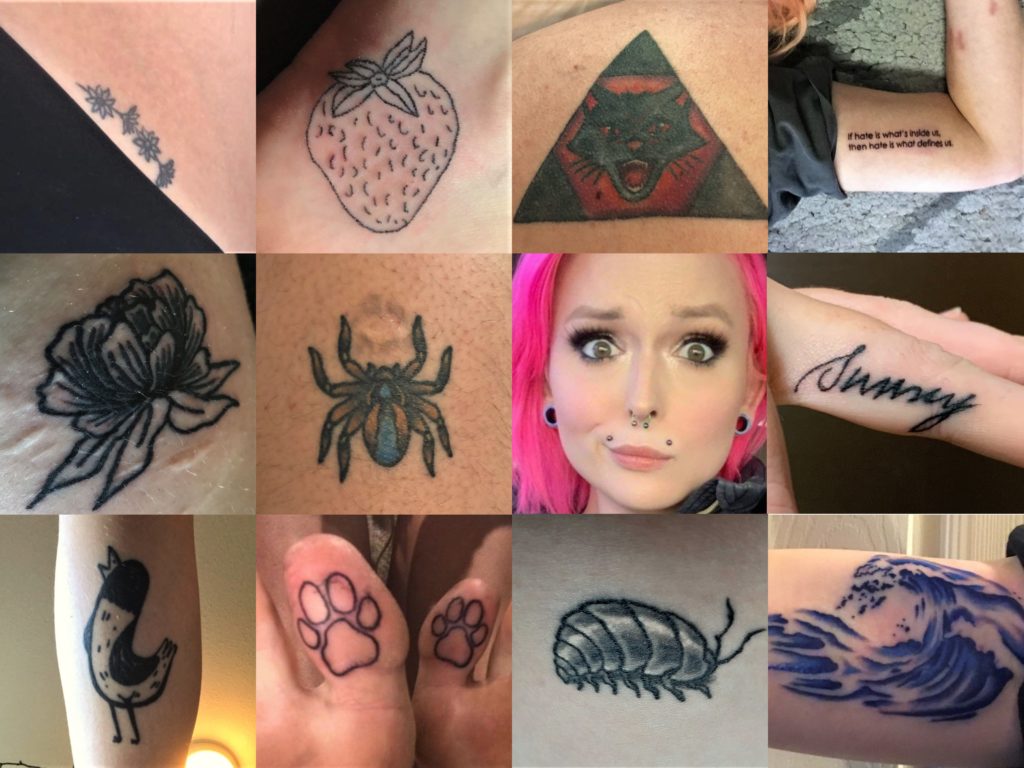 Body modifications are the deliberate alteration of the body, often for aesthetic reasons. The list of bizarre body modifications is extensive, including subdermal implants, magnetic implants and even eye inking, and while these are strange and slightly shocking they’re still fairly tame and more interesting than disturbing. While a couple of tattoos and piercings are fairly common alterations, there are some people who push the bounds and get several, sometimes strange, body modifications. For example, the sheer amount of alterations that Eric Sprague and Oli London have gotten have pushed them into this realm of extreme body modifications. While Sprague and London’s stories are compelling, it should be noted that there are several people who have 50% of their body covered in tattoos or multiple facial piercings and are seen as people with extreme body modifications. It’s curious to consider how far people can go before their body art becomes extreme.

Erik Sprague’s is known for his wacky personality, his Guinness World Record for ‘most weight lifted and swung from the ear lobes’ and for his reptilian looks. Sprague’s website claims he is “a pioneering figure in body modification” and it’s not hard to see why. Sprague is covered in green, scale patterned tattoos in an effort to resemble a lizard. Along with his heavy tattooing he also has a bifurcated tongue, sharpened teeth and subdermal implants that give the appearance of horns. Due to his appearance, Sprague has been known mostly by his performance name, “Lizardman.” Sprague treats his body modifications as an extension of his art and performance. When asked about his transformation project, Sprague claims “While in college I hit upon the idea of using body modification procedures (initially tattooing) for a body based art piece that would explore the idea of what it means to be human from a linguistic standpoint.” His choice to transform his body was an artistic statement, but it also helps him stand out while he performs stand-up comedy or performs his modern sideshow stunts such as the Cranial Corkscrew.

Cosmetic surgeries are incredibly common amongst western society and are typically considered to be a very normal form of body modification. However, there are those who don’t just want to drastically change only their appearance, some would like to make themselves look like a completely different person. Some of these individuals have been inspired by Barbie and Ken, but Oli London was inspired by his favorite K-Pop band. London recently revealed that he spent $100,000 to look like Park Jimin, one of seven members of BTS. London has gone to several surgeons and even several countries in order to look like Jimin. It is one thing for someone to be aesthetically influenced by a character or person, but it is another thing entirely to attempt to physically change themself yourself in order to replicate a celebrity.

One older form of body modification that is considered to be extreme from a cultural standpoint is scarification. Scarification is the process of cutting or burning the skin to create raised scars that create intricate patterns. Traditional scarification was more common in Africa, often as a right of passage or for sexual appeal, however, the practice has declined over the last century due to health concerns. More western audiences have considered scarification to be an extreme body modification due to the pain that comes with it. While tattooing is also not a comfortable process, during the process of scarification the wounds can be packed with ink, clay or dirt to create a raised keloid once the cut heals. More modern scarification is often considered incredibly extreme for similar reasons. The artist has to carve out several delicate pieces of skin in order to create the designs, and it has a much higher chance of becoming infected than modern tattooing. It also doesn’t help that the “before” shots of the process don’t look particularly painless.

There is always risk associated with getting extreme or bizarre body modifications, whether they be social ostracization or just physical risks like infections or botched modifications. With this knowledge it’s interesting to consider why these people transform their bodies the way they do. Whether it’s a kind of social or artistic statement, for cultural purposes or simply for stylistic reasons these transformations are incredibly impactful not only to those that get them, but to those around them. It’s interesting to consider how body modifications impact the controversial issue of modern body standards, and at what point they are considered extreme. What percentage of your body can be covered in tattoos? How many piercings can you get before it’s too much?