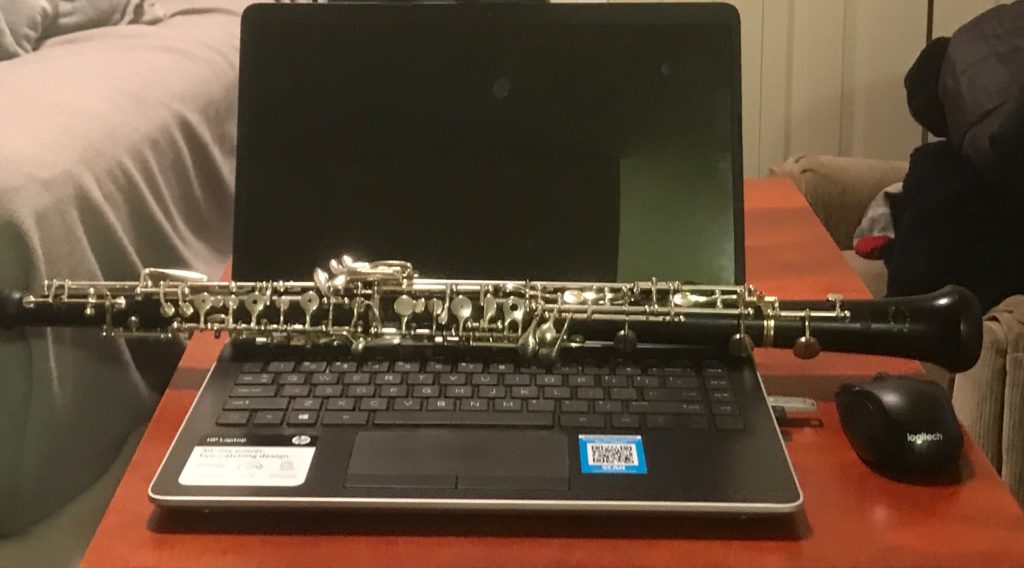 It’s now the new normal, the way that college students across the country are attending classes. They open their computers and wait patiently for their professor to start the virtual meetings. For those in some majors, this may not be a huge change of pace outside of not having an in-person meeting a few times a week. There are those, however, in more hands-on majors, who are adjusting to an entirely new reality. Students in these fields of study have gone from in-person meetings, projects, shows, demonstrations and presentations to needing to shift to this new world at the same pace as the rest of us. Students both in the arts and the sciences who are used to having access to labs or studios are now working with less and finding ways around the restrictions.

Dylan Tanner, 23, is a senior at Western Michigan University studying music and multimedia communication. Before being sent home, his days consisted of practicing, gathering other musicians to play for him and working in the studio on the production of his assignments. He said that the shift has been difficult.

“There is a lack of readily available communication,” he explained. “Music is about collaboration and we don’t have that right now.”

For his music classes, he has been recording himself playing and sending those recordings to his professors; however the multimedia communication classes have had a harder time changing.

He said, “Professors have changed requirements because we don’t have access to the school facilities. At school we had access to a partially soundproof room, computers with Protools and lots of plugins and a soundboard.”

Many students were in the middle of projects when they were sent home and no longer have the equipment necessary to finish their assignments. His professors have been doing their best to make sure that none of the students need to purchase new programs or gear, but this has meant adjusting the goals of the assignments too.

The arts are not alone in having a difficult transition from in-person to online learning. Marie Kaniecki, a graduate student studying public and global health at the University of Michigan has also seen some changes in her program. The biggest change being the cancelation of the normally required summer internships for the program. Kaniecki spent spring break in the Virgin Islands on one of the last trips that the program made.

“We went door to door doing surveys,” she reflected. “That’s not something we can do right now, even in the country.”

While the changes in the program have been an adjustment for everyone, the online classes have, for the most part, been okay for her.

Tanner and Kaniecki have both been attending lectures online, but in different ways. As colleges have closed across the country many have shifted to using Zoom for classes. Tanner has not been using the program, his professors opting to record their lectures for their students to watch when they can. Kaniecki, on the other hand, has been using the program for her large lecture classes, but not for the smaller classes. The difference between the two formats may not seem large, but recorded lectures don’t allow for access to the professor right away and no direct communication with them.

Both students are reaching the end of their respective programs this semester. As is the case at many colleges, Western and Michigan have cancelled all commencements ceremonies at the end of the semester. Tanner expressed disappointment in not being able to attend a ceremony at the end of his undergraduate degree and said that, at the moment, there was no plan that he knew of for the music program at Western to hold any sort of digital gathering or ceremony for graduating seniors.

As the semester comes to a close there may be a feeling of relief looking forward to being able to gather in groups again. Most students in the country are feeling the stress of adjusting from shifting from in-person classes to online classes in a short amount of time. There are also people who are looking at graduating with no ceremony who have a feeling of missing out on a rite of passage. While some students have had an easier time making the shift, there are some who have seen their entire way of learning change.

Tristan Tanner is a senior majoring in Professional and Public writing. He came back to school after getting a BA in English with a Film Studies minor because he liked undergad so much the first time around. When he is not doing school work he can be found reading comic books, playing Dungeons and Dragons with his friends or watching and talking about movies. If you have a random question about Spider-Man, there is a good chance that he knows the answer.