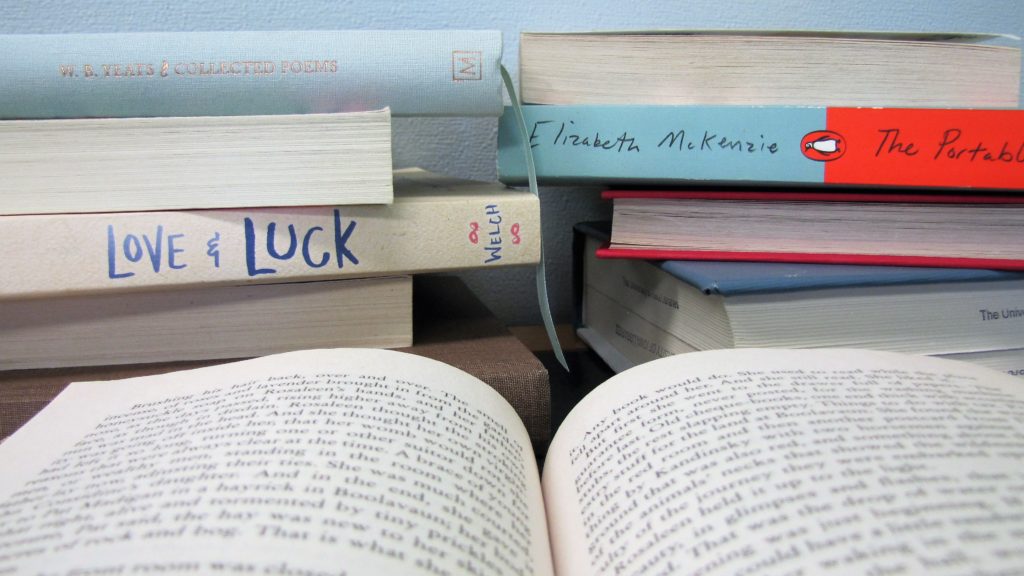 Several years ago, the idea of becoming famous from the comfort of one’shome seemed unlikely. With the rise in popularity of the video sharing platform YouTube, this has become a reality for some. Since its creation in 2005, YouTube now ushers in over two billion monthly users and has turned select amateur vlogging personalities into YouTube superstars. Young content creators such as Tyler Oakley and Grace Helbig are just two examples of YouTube success stories. Both Oakley and Helbig started their YouTube channels in 2006, and are still considered stars despite making content on this social media platform for over a decade.

Many of the YouTuber stars have further broadened their presence to other social networking platforms such aslike Instagram and Twitter. In recent years, these internet celebrities have taken their presence, and their large followings, from solely existing in a digital space to the bookshelves. These bookshelves are filling up with more and more books written by those that found  their following on YouTube.

According to Forbes, YouTubers only make up a tiny slice of the 2.7 billion books that are sold in the U.S. annually, but that percentage continues to grow as the publishing industry looks for more ways to profit.

One of the first YouTubers to enter the world of publishing was Zoella, an English beauty blogger who posted her first video in late 2009.  Her first fiction novel, “Girl Online,” debuted in 2014 and became one of the fastest-selling books from a debut author, where it sold 78,109 copies in one week.

Fellow YouTubers followed in her success, as Connor Franta, an American YouTuber whose channel has more than 400 millions views, wrote the memoir, “A Work in Progress,” which eventually enabled him to be recognized as one of Forbes Breakout Authors of 2015. According to Business Insider, Alfie Deyes, an English vlogger and now author, held a book signing where 8,000 teenagers were in attendance. The police had to get involved in order to usher the attendees, whereas David Beckham held a book signing a week prior that only 670 people showed up for. It became easy to see why publishers flocked to these internet stars, as they brought their fanbase with them and were already successful marketers.

Books written by YouTubers haven’t been free from criticism however, as some have claimed that this is a way for them to further cash in on their popularity. Others have received backlash after learning about the use of a ghostwriter, such as Zoella’s book “Girl Online.”

YouTubers and publishers have received backlash upon learning about the use of a ghostwriter as it often warrants the question of how can someone brand a work as being of their own creativity and authenticity when someone else is assisting in writing its content? It is because of this that the ghostwriting business is so secretive, and why it is rarely revealed that a YouTuber is working with one. Despite the revelation of “Girl Online” being ghostwritten however, it has still proved to be a massive success.

With the knowledge of the criticism that Zoella encountered however, some YouTubers have chosen to acknowledge that they use ghostwriters when creating their books. Joey Graceffa’s name isn’t the only one that is listed as an author for his dystopian young adult novel “Children of Eden,” which was published in 2016. The Goodreads page for this novel recognizes Laura L. Sullivan as its ghostwriter, to which Sullivan claims on her website to have “ghostwritten two #1 New York Times bestsellers, and worked with a YouTube superstar.” Sierra Furtado, a beauty YouTuber, also chose to credit her ghostwriter, Zara Lisbon, as being her co-writer for the book “Life Uploaded.”

Some critics question why YouTubers have left their webcam behind and picked up a pencil to write in the first place. It is widely acknowledged that the publishing market is already crowded with aspiring writers, with no prior fanbase, who have the passion and talent to tell a story. These writers are denied a contract while publishers are out seeking celebrities that can result in potentially more lucrative endeavours. While this isn’t the fault of the Youtubers, other writers are left to work a little harder in order to be noticed.

Despite all of the criticism, these stars are inspiring younger generations to read. In an increasingly digital world, more children are looking to technology to be inspired and find a creative outlet. This phenomenon can’t be entirely negative if it is encouraging young individuals, who perhaps don’t normally like reading, to pick up a book and discover a new passion.

No matter what, it is impossible to not acknowledge that YouTubers are doing what they do best when pursuing writing books — they are creating, engaging and connecting with an audience.

Abigail Scott is a senior double majoring in English and Professional Writing. Upon graduation she hopes to pursue a career in the communications field, but eventually she plans on publishing her own book. Outside of class and work Abigail can be found reading, writing poetry and her senior thesis or Irish dancing.