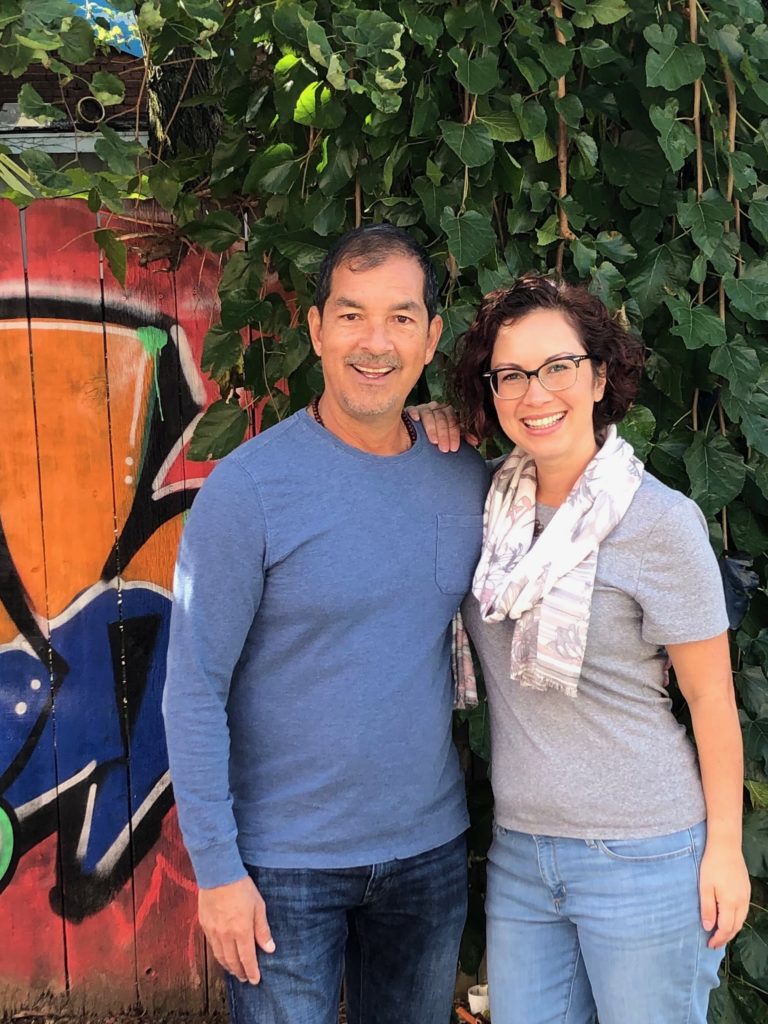 Most people, whether they have biological or adopted families, grow up learning about their history and heritage. They hear stories about their grandparents, aunts, uncles and cousins — all the family members that came before them. They learn about their cultures and family traditions, and through these practices, one can create their own identity situated in the community they come from. However, there are people out there like Valerie Kast, whose biological father’s identity changed three times throughout her life. Thanks to a secret let slip by a tipsy auntie, a 23andMe DNA test and the persistent emails of her cousin, Kast found her biological father and subsequently her biological family—mine.

When Kast was born, she was told her father was the man her mother was married to at the time. At the age of eight, Kast’s mother broke the news to her that her biological father was actually a florist who lived in San Diego. Soon after, Kast’s mother took her to meet him.

“He didn’t really have a lot of interest in me, I wasn’t really something that his lifestyle warranted, he and his partner didn’t want kids, so it was a very distant relationship,” she said.

Kast did not mind, however. She had her step-dad, who married her mother when she was two. She called him “dad,” and loved him as a father until his sudden death when she was 20. Even though Kast was not close with her biological father, she found joy in learning about her heritage.

“My biological father at the time was half-Japanese, half-German, and I really clung to that Japanese culture. I was always looking for something to fulfil that void—half of my history was missing.”

Kast carried on with her life, getting married and working as an early childhood educator, running a preschool out of her home. It was when Kast was 30 and visiting her aunt that she learned the truth about her father.

“We had a little bit too much to drink and my aunt goes, ‘you know you’re not Japanese, right? You know he’s not your father?’ Everybody was shocked. All she knew was there was a man named Nefty, and he was in the Navy, I looked just like him, and that he was my father.”

Kast quickly did a DNA test with the florist in San Diego, and her aunt was right. She once again did not know who her biological father was. She felt betrayed, not by the results of the test, but by the way her mother handled the whole situation.

“I was angry, but at the root of that anger was pain and sadness. It was an unexplainable pain that came after many years of a complicated relationship with my mother.”

That year, 2013, Kast’s husband got her a 23andMe test for her birthday. At that point, 23andMe was relatively new, so there wasn’t a lot of information out there yet.

“We kind of had to piece the puzzle together, but we finally figured out that I was of Puerto Rican heritage. When we found out, everything made sense. So much more of my body shape, my features, coloring, fiery personality, everything.” Unfortunately, Kast did not have as much luck finding more information about Nefty.

However, this dead-end did not really bother Kast too much, she had since had a child and thought she had found everything she needed when she became a mother. “I didn’t know that I still had this emptiness inside of me. I thought that since I had my child, I had a family of my own, I had everything I ever wanted. But something was missing, and I didn’t even know it.”

Kast’s husband encouraged her to look into Nefty deeper and even tried looking into Naval records himself, but with no luck.

“When you have ‘Nefty,’ a nickname, and no last name, just an age range and time frame, it’s virtually impossible to find them,” she said.

Six years after taking the 23andMe test, Kast began getting persistent emails from a man named Jason Cruz, who had recently taken his own 23andMe test and was alerted that he and Kast were related.

“I’m always getting these pings on 23andMe for new fourth and fifth cousins, and I just thought he was from my mom’s side. But he kept messaging me and I finally responded, and he told me he was not related to any of the people I was listing off on my mom’s side. So I was like…’Do you by chance have anybody in your family named Nefty?’ and he said, ‘Yes! Nefty Carter!’”

As it happens, Nefty is a family name, and there were two Nefty Carters in our family. With a little more digging, Cruz determined only one Nefty Carter had served in the Navy, narrowing it down fairly easily. However, there was no record of Nefty Carter having a daughter, so if he was Kast’s father, it meant he did not know she existed.

“Jason went above and beyond. Most people would not do this for a complete stranger. He was the one that contacted the family on my behalf. He could only get ahold of my dad’s brother, Roy, and I wrote him a letter to give to my dad. I just put it all out there. I sent him pictures of me when I was a baby and me and my daughter now, pictures of my mom and people he would have known. My dad was in Argentina at the time, and when he came back, Roy just dropped the bomb on him. He called me two days later, and it was the most incredible phone call. I mean, we knew.”

After two DNA tests to confirm it, Kast had finally found her biological father.

“We connected in the beginning of September, and then we went to Florida to meet in March. I would have gone to Florida the next day though. He was telling me all the same things my aunt had told me, filling in all the pieces. And he is just so full of energy and passion, so much of me and my family made more sense. My daughter and my father are so much of the same person. We can’t go anywhere without my daughter talking to every single person, and when I went to the store with my dad, he talked to every single person he came in contact with and found something in common with them, and that’s my daughter. It was very incredible.”

Once Kast and her father reunited, she decided it was time to reach out to her new extended family.

“I didn’t know if they were going to be as happy or as excited as I was. But everyone was so warm, welcoming, kind and happy. It wasn’t what I was used to. I had a very dysfunctional upbringing. A lot of the people in my family who were supposed to take care of me and make sure I was okay… they didn’t. They failed me. But all of a sudden, I had this new family that didn’t even know me, but they loved me and embraced me and they embraced my husband and my daughter. We were their family and that was it. There was no question. It was just so weird, and so wonderful.”

The summer after Kast and her father met in Florida, the extended Carter family came together from all over the country to meet her for the first time. Kast explained the clarity she felt when she met us all in person for the first time.

“When we met in Chicago, that was incredible. To sit and watch each of you, the way you moved your faces when you talked, your mannerisms… I saw me for the first time. I’ve never seen me in anybody. My whole life we joked that I was the milkman’s child because I didn’t look like anybody in my family, I was always just a little bit different, and now… I just felt whole.”

Not only did Kast find her father, new cousins and aunts and uncles, she also found out about her heritage and her history.

“We have been embracing the food and the heritage more. I took a Latin history culture and heritage class. My daughter will recognize things, too. For example, we were watching the new Trolls movie, and there is this little reggaeton group in it, and she’s like, ‘Mom, it sounds like Abuelo Nefty!’ She always wants to tell Abuelo Nefty about any Puerto Rican related encounter she has.”

Kast’s story had a happy ending, but she knows that may not be the case for everybody.

“I am beyond thankful for Cruz’s persistence in reaching out to me and helping me connect with my Dad once we figured out who he was. I would have never looked, for fear of what I would have found.”

Kast and her new extended family, myself included, plan to take a trip to Puerto Rico for her 40th birthday to see where our parents grew up, and learn more about where we came from.