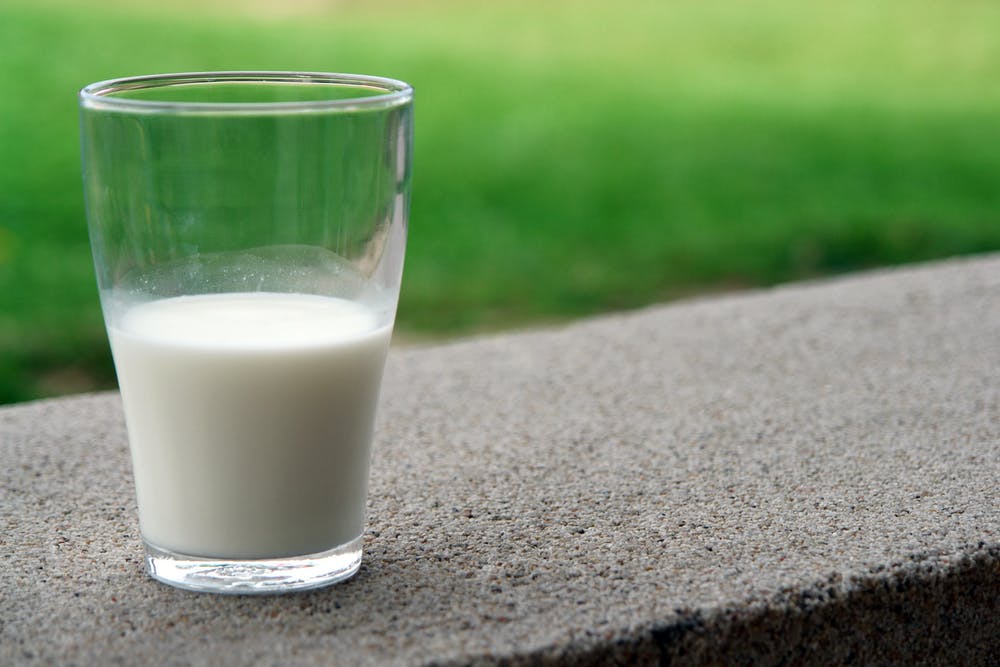 As I walked through Kroger the other day, a floral mask secured to my face—it was cute, don’t worry—I found myself in the milk corner, the corner with the milk. There were a dozen varieties, all with their own claims of “organic” this and “60 calories” that. Like Otis the cow from the 2006 Dreamworks film “Barnyard,” I was straight-up goofing off, but this idea hit me. The readers of The Current have little interest in Lansing-based folklore—the article I planned on writing. What we need is an article countering the anti-glass of milk rhetoric I encountered, instead of extolling the aesthetic virtue of milk-drinking.

Um, that’s also not what you’re going to read. Not exactly.

It turns out, the imagery of milk consumption holds heavy racial implications, implications I was naïve to. White supremacists claim milk-drinking, the ability to digest milk, establishes superiority over ethnic and racial groups who do not retain the enzyme lactase through the transition to adulthood. At a February, 2017 protest of the Shia LaBeouf Anti-Trump art instillation, “He Will Not Divide Us,” members of the alt-right drank glasses of milk while spewing various nuggets of discriminatory language.

You see, I grew up with the “Got, Milk?” ad campaign, swigging calcium like it was nectar. My parents, like parental figures across the U.S.A, encouraged their children to drink a glass or so of milk every day. It was during the food pyramid-era of the late ‘90s/early aughts in which the U.S. Department of Agriculture (USDA) advised  2–3 daily servings of “Milk, Yogurt & Cheese.” MyPlate—the food model used from 2011and onward—offered a recognition of non-cow milk milk-drinkers. “If you don’t or can’t consume milk, choose lactose-free products or other calcium sources.”

The issue is food oppression, a form of social control through food related policies which undermines the survival of vulnerable or marginalized communities. In Andrea Freeman’s academic essay, “The Unbearable Whiteness of Milk: Food Oppression and the USDA,” Freeman argues the USDA participates in the historic routine of oppressing vulnerable populations through the food they consume. After a 30-year decline in dairy sales and a mounting surplus, Dairy Management Incorporated—the marketing division of the USDA—partnered with fast food companies to create new dairy-heavy products.

The detail of Freeman’s essay is illuminating. She offers a sturdy critique of the dairy industry by unpacking how the USDA operates more similarly to a privatized corporation based on how it seeks to maximize the profits of the dairy industry while exaggerating, even falsifying, milk’s health benefits to consumers in an effort to maintain revenue. Milk, Freeman argues, is used as a cultural marker to “define the baseline of normal, and any departure signifies an unusual and undesirable condition” (1262).

Milk is tied to racist rhetoric. It has been tied. Since at least 1920, dairy officials have used lines such as “Of all races, the Aryans seem to have been the heaviest drinkers of milk… a fact that may in part account for the quick and high development of this division of human beings” (qtd. in Freeman, 1268).

God, why did racists ruin a drink that pairs this well with sheet pan taquitos? I kid, but that’s what I wanted from this article! A silly, little midwestern romp! Instead, I googled “milk” and learned this intense, immoral history of how the dairy industry has continuously pushed incorrect rhetoric on the American people which then fueled white supremacist hate. How do we take back the milk discourse from white supremacists?

We can acknowledge this history and work to broaden vulnerable populations’ accessibility to non-dairy alternatives or safe-practice cow milk. But we don’t live in an anti-racist society. Milk will remain codified, culturally, by whiteness and a Tasty-style article would only reinforce as much. What we’re left with is a responsibility to learn, inspect and adapt. As much as anything else.

For those clamoring, here’s a reddit page on Lansing-based folklore. Also one of Horrock’s soups!

Aaron Applebey is a Media & Information senior with minors in Public Relations, Filmmaking, and LGBTQ+ Studies. In their free time, Aaron maintains a passion for creative writing, performing comedy and watching movies. Follow @ajapplebey across the socials for midwest ramblings.