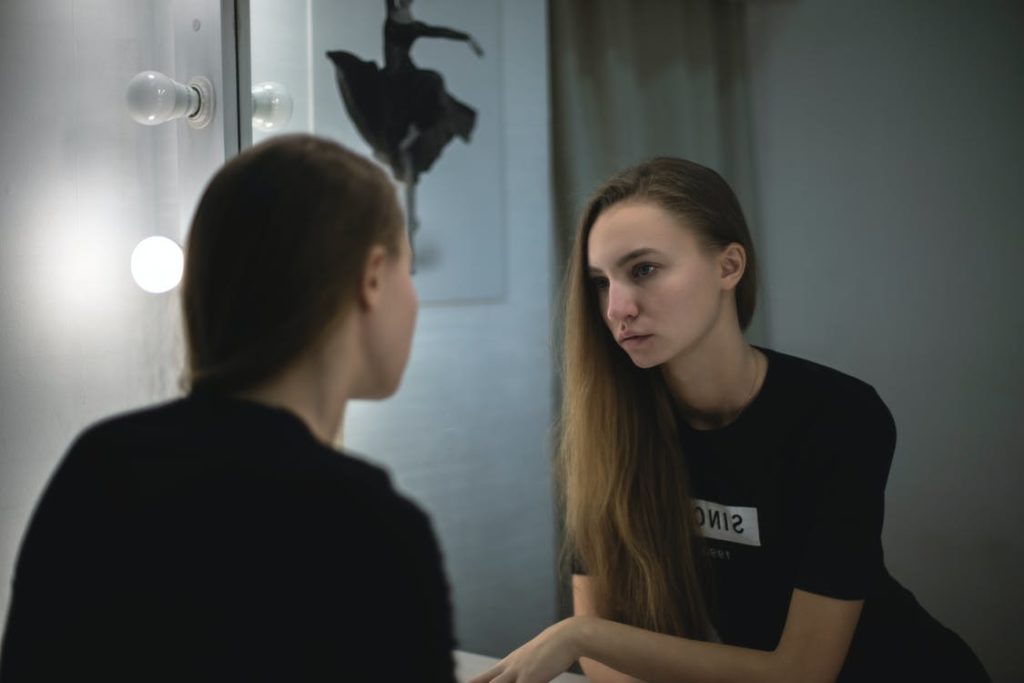 Eggs, toast and bacon might sound heavenly first thing in the morning. A hamburger and fries might make for a mouthwatering meal later on in the day. These meals just make sense. Eating is nothing but a mindless task that people don’t think much of in the moment. An average day-to-day routine is likely to contain breakfast, lunch and dinner somewhere within the mix. However, to some, the thought of food occupies their mind almost every second of the day. For 30 million Americans, food is much more than just a necessity to stay alive.

According to the National Association of Anorexia Nervosa and Associated Disorders (ANAD), 30 million Americans of all ages and genders suffer from some type of eating disorder (ED). The general perception of individuals with EDs seems to equate to being underweight, bony and frail. However, this stereotyped generalization of EDs is far from the truth. There are approximately nine separate categories of EDs recognized in the United States, each with unique characteristics and symptoms. These categories consist of anorexia nervosa (anorexia), body dysmorphic disorder (BDD), bulimia nervosa (bulimia), binge eating disorder (BED), avoidant/restrictive food intake disorder (ARFID), other specified feeding or eating disorder (OSFED), unspecified feeding or eating disorder, pica and rumination disorder.

One of the most recognizable EDs on the spectrum is anorexia, which is the main factor fueling the stereotypical body type associated with EDs mentioned above. Anorexia is classified as “an eating disorder characterized by weight loss… and, in many individuals, a distorted body image. People with anorexia generally restrict the number of calories and the types of food they eat. Some people with the disorder also exercise compulsively, purge via vomiting and laxatives, and/or binge eat.” Anorexia is stereotyped to be the “face” of EDs, and while there are many EDs out there, it is one of the more common disorders, and 75% of cases are  experienced by women. Ella Spicketts suffered from anorexia for several years. When asked about her experience, Spicketts said, “Not all eating disorders look the same, but mine looked like fragility and weakness. You can see the physical aspect of eating disorders: thin skin, empty eyes and a skeletal frame. Something that isn’t talked about is the emotional aspect. The way the disease forces you to isolate yourself, hiding away from the world so that you can focus on fulfilling the needs of your eating disorder. It was a safety net, and no matter how sick I felt or how concerned my friends and family were, anorexia always came first. It took a lot of relearning of very simple things in order to reach the point I am at today and it still is a daily decision to maintain my recovery, but I’m lucky I get to make it.”

Body dysmorphic disorder is also another recognizable ED. BDD is “characterized as an obsession with an imaginary defect in physical appearance or an extreme concern with a slight physical blemish, which other individuals may not even recognize.” While women are usually the gender that is stereotyped to suffer from EDs, there are nearly 10 million men in the US who suffer from them as well. Mac Veh is one of those forgotten men. Veh has struggled with BDD throughout his life. “In high school, it was so difficult for me to not compare myself to the people in my school. I was the guy that was ‘friends with everyone.’ I was always around guys I thought I was supposed to look like. It was hard trying to be confident in myself when I was constantly putting myself down.”

Bulimia is defined as “recurrent episodes of binge eating along with compensatory behavior.” While many individuals associate bulimia with purging via self-inflicted vomiting, other compensatory behaviors such as laxative abuse and excessively working out are other common ways to purge. A friend of mine, who wishes to stay anonymous, suffered from bulimia in high school and it follows them to this day. When asked about their experience, they said, “I have always been insecure about my weight and when I was in high school I started trying to control how much I weighed which led to my battle with bulimia. As an athlete, there was always so much pressure to perform, and my way of coping was to try and control my food intake. It was a disruptive and mentally harmful cycle as I continually battled with eating, overeating, purging, and then having to cope with the shame of the disorder I was hiding from everyone else.”

Binge eating disorder is the most common of EDs in the United States. As someone who has suffered from BED for years, I can personally attest to the fact that it is also one of the worst. According to the National Eating Disorders Association, BED “is a severe, life-threatening and treatable eating disorder characterized by recurrent episodes of eating large quantities of food [and] a feeling of a loss of control during the binge; experiencing shame, distress or guilt afterward.” With a healthy body weight, no one really suspected that there was anything going on with me. However, the countless nights of eating a full meal followed by a family-size bag of potato chips, an entire package of Oreos, a king-size chocolate bar, a slice of pizza, a bowl of ice cream and many more unneeded yet momentarily satisfying snacks were slowly and silently eating away at my mental and physical health. Countless nights of crying and too many instances of asking my mom to put a lock on the pantry are just a few of the side effects that plagued me.

While some EDs like the ones above are more commonly known than others, some of them are talked about much less. Pica, ARFID, OSFED, rumination disorder and unspecified feeding or eating disorders are all serious and life threatening eating disorders as well. While they will not be discussed further in this article, the National Association of Anorexia Nervosa and Associated Disorders (ANAD) website has more information on each of these lesser-known EDs.

Despite the fact that some EDs are more well-known than others, all EDs deserve recognition and awareness. While one person struggles with eating too much, another struggles with managing to eat anything at all. The guilt associated with eating disorders is one of the lesser-known facts of the horrors of EDs. While severe “skinniness” is largely associated with EDs, there is no stereotypical appearance required for someone to be silently suffering. Don’t take your “normal” relationship with food for granted—30 million US citizens would do anything to have theirs back.

Nicole Glynn is a junior double majoring in professional writing and advertising management. She currently writes for VIM Magazine as a contributor to the women’s fashion team and is also the External Marketing Director for the Beta Theta Chapter of Alpha Xi Delta. She can be found asking every single one of her friends which picture to post to Instagram, what caption to use, and most importantly, going against every opinion her friends gave her in the process.