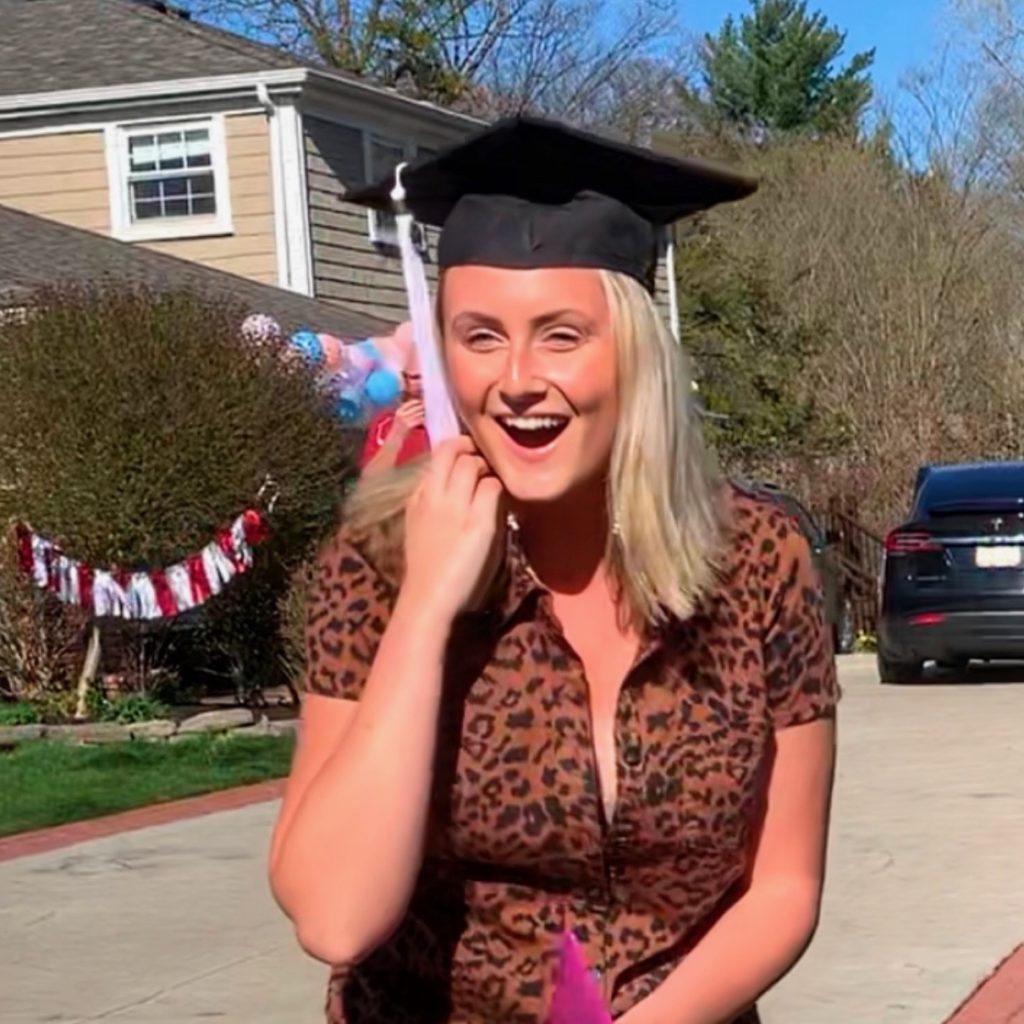 Horns from cars fill the block down the neighborhood streets as students from the class of 2020 stand in their driveway and wave to their new form of a graduation: a drive-by graduation. A generous gesture — which is done by neighbors, family and friends — that can’t be missed due to the loudness of car horns simultaneously honking. However, a small parade in comparison to walking across a stage while hearing your name announced doesn’t seem fitting for those who’ve worked hard attending a university.

I watched a handful of my peers and family friends go through the different stages after realizing there would be no graduation. It hit all different aspects of the grieving process between each senior I knew. Whether these moments were filled with anger, tears or sighs, this has become something that will forever be remembered. The impact of switching to online classes — when senioritis is at its highest — dealing with emotions and physical realizations about life around us, the loss of a formal graduation was a whole new blow.

Senior year is hard enough with the stages of grief that already happens naturally, let alone during a pandemic. Each stage of grief hits differently and does not always go in the chronological order as described. The five stages of grief — denial, anger, bargaining, depression and acceptance — were what all students who had to leave campus and each senior felt when they realized they wouldn’t be finishing or graduating at Michigan State. Your final year at college is the last time to do anything you ever wanted to do while at Michigan State (or the university one is attending). It can range from wanting to kayak in the Cedar River (however, I would not recommend or condone such behavior due to reliability and safety) to spray painting the rock or the hundreds of other traditions that have been passed down. Regardless, senior year is the year that sets the tone for the rest of our lives – or at least for the next few years as adulthood truly arrives at our front door. However, graduation is one of the main reasons that keeps students focused in class and studying in the library. Graduation, the final walk, receiving that diploma, the applause in the audience that fill the crowds of people as your name is announced as you walk across that stage are all important and inspiring moments seniors look forward to. The additional grief and loss of a tradition that has been passed down through generations makes the suffering prevalent and dreadfully longer.

Celebrating the ending of a beginning – as cliché as it may sound – becomes a revolutionary time that is filled with wisdom and knowledge that has been captured within the receiving of that special diploma. But, due to COVID-19, graduation has been moved to being virtually streamed for Michigan State and other universities around the nation.

Even in times of crisis, MSU still puts in effort to make sure the class of 2020 was celebrated. MSUTODAY published an article during the end of April to announce Michigan State will be holding a virtual commencement ceremony on May 16th.  However, this virtual ceremony will not be replacing the traditional graduation ceremony itself. Students will be invited to participate in an in-person ceremony that will be held in the future.  There are also many individual colleges at MSU that will be holding their own ceremonies and celebrations for their graduating students as well. Each of these colleges’ schedules for their ceremonies can be viewed on the MSUTODAY website. Another news website has one of the few commencement ceremony videos that can be watched at any time. This video showcases each different college, alumni and the marching band, just to name a few of the great ways Spartans came together during this time. To find the video you can visit WILX 10’s site and find out more about what the MSU community did to stay connected for this virtual graduation.

This is not the same as the actual graduation ceremony itself that has been long awaited for. However, it is one of the many ways that the class of 2020 will be celebrated and given their well-deserved academic and personal credit.