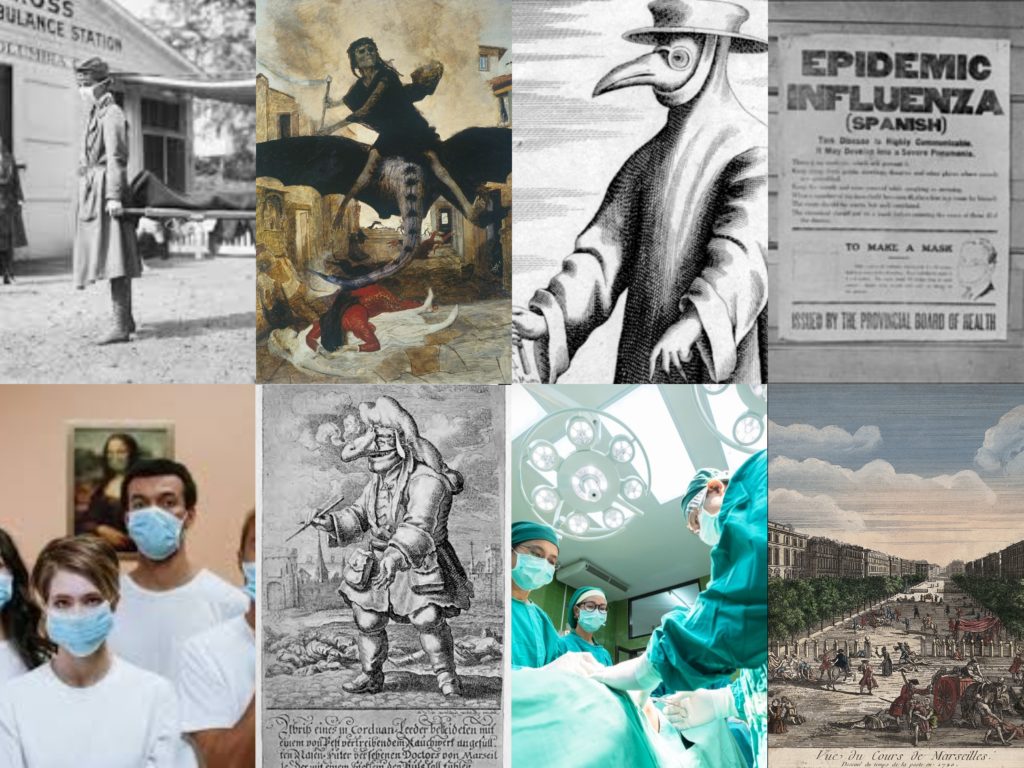 COVID-19 has taken over our world for the time being, and along with that comes the panic, loneliness and (in some cases) jokes. We began the year chuckling about how it would be the second coming of the Roaring ‘20s and we would party just as wildly as they did in The Great Gatsby. Now, we can’t even enter a grocery store without being terrified of coming into contact with another human being. However, we might have predicted our own fates. Circulating along with these Roaring ‘20s memes, people more versed in the history of pandemics spoke up about what actually happened in the 1920s and speculated that perhaps we didn’t want a repeat of history. This began the curse of the ‘20s rumor that continues to circulate the media. But is there any truth to this supposed plague that comes around every century?

From 1720 – 1722, a plague ravaged the city of Marseilles in France. In fact, the city was the most important port in France, making the effects of this plague even more devastating. The plague was spread by fleas on rats, similar to the Black Death. This plague killed about 100,000 people.

From 1817 – 1823, the First Cholera Pandemic began in India. This is the first of many cholera pandemics. The death toll of this first pandemic was not properly documented, but over 100,000 died on the Indonesian island of Java alone.

From 1918 – 1920, Influenza Pandemic devastated the world. Unlike many pandemics there was a very high mortality rate in those 20-40. This meant no one, young or old, was safe from the effects of the Influenza Pandemic. It is estimated that over 50 million people died from influenza.

From 2019 – the present, COVID-19 has kept the world under quarantine and fear. After a massive outbreak in China, the world watched as it rapidly spread. So far, there have been more than 340,000 deaths associated with COVID-19.

These are the sources that people are using to fuel this curse of the ‘20s rumor, but it’s not true. All these events took place, took lives and left a tragic mark on the world, but they’re not a part of some curse that humankind has brought upon themselves. All of the pandemics mentioned above coincidentally contain the year ‘20 within their time-frame. If there was some massive plague that began and ended in the ‘20s every century then I might be more inclined to feed into this rumor. However, as it stands this is all coincidence, not evidence.

Disease is not sentient, it can’t be vengeful or malicious without being wielded by people. While it might be more interesting to imagine that there is some timeline on our pandemics and we could prepare for them over the next 100 years, it’s irresponsible to think so. Plagues and pandemics come randomly and we should have procedures already in place for them. Some of the biggest ones have happened far outside of the ‘20s. The Persian Plague took place from 1772 – 1773 and in that single year it killed over 2 million people.

The people that are spreading this curse of the ‘20s nonsense are looking at the long list of epidemics from Wikipedia and finding the ones that happened in the ‘20s. However, they’re only pulling epidemics that fit into the time-frame they’re looking for and ignoring the ones that don’t support their story. This manipulation of evidence feels like something that wouldn’t fly if people were putting actual research into this. Picking and choosing dates in order to scare the masses is morally wrong. Pandemics are bad enough, why should we make people think that COVID-19 is a part of some ancient ritual that takes place every 100 years as a form of population control or other such dribble.

While it’s understandable for people to want to put some kind of meaning to something as horrible as COVID-19, cholera or influenza, the truth is that there is no cosmic reason for this kind of stuff. Perhaps coming up with this kind of lore might act as an interesting distraction during quarantine, but it also might cause fear rather than an interruption to the daily trauma of living during a pandemic.