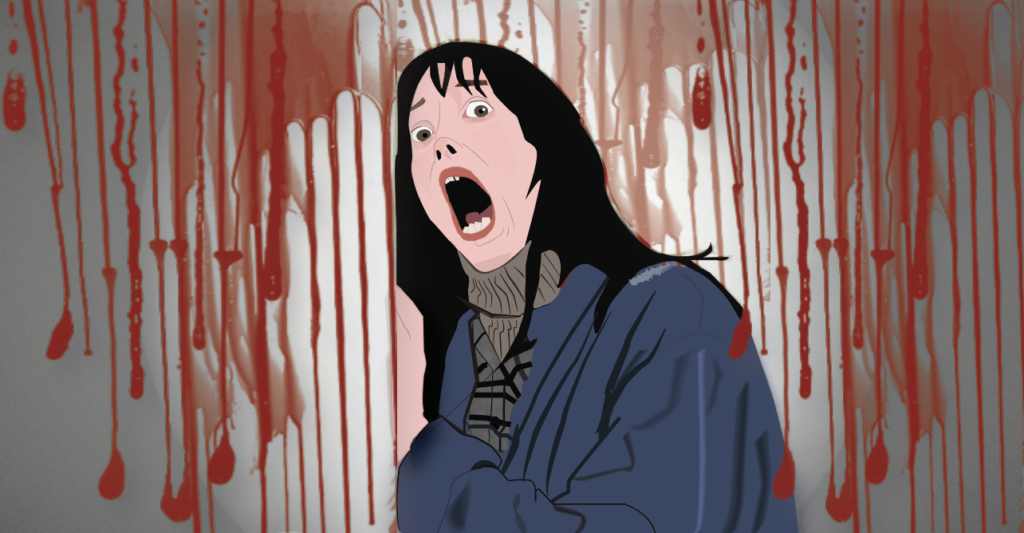 It is often said that the books we read are more interesting and more in depth than their movie counterparts. While I can certainly agree with the limitations of movie lengths and how much they have to leave out, I also think that we should be giving our movies a bit more credit for what they have to accomplish in their short run time. This is especially true for our book to screen horror adaptations. The horror we read is terrifying and gut-twisting in their diction and horrifying details, but so are the sound designs and visuals of our favorite horror movie adaptations.

Stephen King’s books are notorious for being near impossible to turn into movies. King has a special way of creating stories that are confusing and upsetting to the mind. These simple, but erie concepts are difficult to turn into a compelling film. There are few seamless in-movie solutions to internal dialog. In horror books, we get to know exactly how the character feels, what they think and why they make the choices that they do. However, a picture truly is worth a thousand words. No amount of description could replace actually seeing the gore and terror take place on your screen. Where horror books seem to take your mind and turn it against you by putting your mind in the same state as the characters, horror movies work against our deeper instincts to run from sudden scares or the sight of death and decay we see before us.

For example, In the Tall Grass, a novella written by King and his son Joe Hill, features a towering field of grass that seems to stretch on forever. The grass seems to be sentient as it moves people and places around. When reading the novella you get the sense of the horror and discomfort main characters feel while they’re running around in the grass trying desperately to find their way out. However, in the Netflix movie adaptation of In the Tall Grass, the grass just seems like…grass. It is really tall and we can see that it’s somewhat sentient from the scenes we have of it moving in unnatural ways, but other than that it just looks like grass. Some of the more lackluster CGI recreations of the grass do not help its case either.

That being said, there are also some visuals from the movie In the Tall Grass that are gut-twisting in comparison to their paper counterpart. In the novella they describe the corpse of Freddy, the dog, and while it’s horrible in the book, it’s so much worse seeing it in the movie. The shot of the Freddy in the movie is much shorter than it felt while reading about it, and the design of the poor pooch is honestly a bit less horrifying than how it was described, but it still has the same level of distressing effect due to the fact that you can see the horror take place. One flash of image of Freddy is enough to make dog lovers cover their eyes.

Another point for horror movies is their sound design. Even if you do cover your eyes, the sound design of horror movies is engineered to keep you scared even with your eyes closed. Sound is often the biggest part of the infamous horror movie jumpscare. The sudden visuals startle audiences, but it’s the spike in the music that really gets your heart pumping. The single jump scare that In the Tall Grass uses is effective and doesn’t feel like a cheap move to keep the audience on their toes the entire time.

From a personal standpoint, I don’t particularly think that Netflix’s adaptation of King and Hill’s novella is the best horror movie ever made. It’s got less than stellar CGI, they make some major changes that help turn the 60 page novella into a 90 minute film, but perhaps doesn’t help the story all that much and our main antagonist, Ross Humboldt, isn’t as terrifying as he should be.

However, looking at another of King’s books-turned-movies might be more helpful to see the potential of book horror turned film horror. The Shining movie is considered to be one of the most important movies, not only in the horror genre, but ever. However, maybe this had much to do with their directors. While Vincenzo Natali, director of In the Tall Grass, has had success with his other horror movie projects, Stanley Kubrick is a household name, known for his attention to detail and drive to create the perfect film. Kubrick turned Stephen King’s book into a film that became one of the biggest pop culture icons to date. The psychological horror of the book is combined beautifully with horrifying imagery as we watch Jack Torrance fall into madness and Wendy Torrance succumb to the panic. The Shining doesn’t have to convince me of the horror taking place on screen, I can feel the tension in every breath the actors take. The same, sadly, can not be said for In the Tall Grass.

There are pros and cons to any media, but perhaps we should try to look more closely at both instead of providing a blanket statement for all horror books and movies. This is simply a comparison between two different book-to-movie adaptations, and again, Stephen King books are a hard nut to crack. So, it’s truly up to you to decide whether or not an adaptation works for you. Books and movies are meant to entertain us; all that matters is that you have fun.