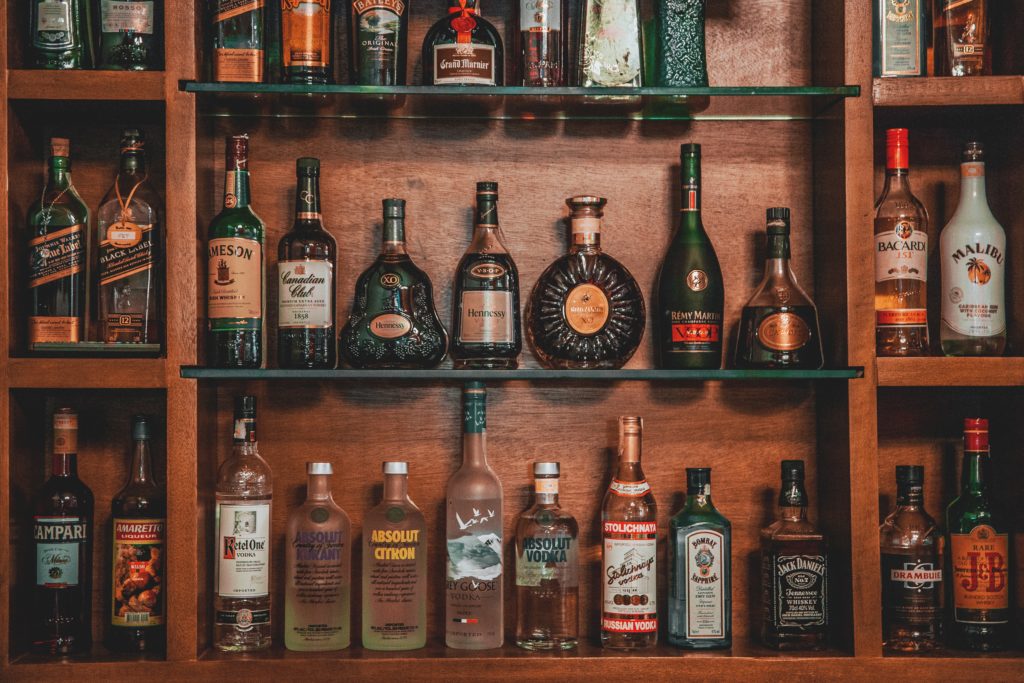 Coping mechanisms have been around for decades. These mechanisms can range from dark humor to substance abuse. These methods of coping have been studied by neuroscientists and are linked to how people are trying to escape their reality due to a particular situation that may feel scary or even life threatening. Just like the old saying “out of sight, out of mind,” this in a simplistic way shows how people can find themselves indulged with coping strategies that are not the best for themselves. In regards to coping with life itself or what’s going on, there is no surprise to this psychology behind it. This is especially true when faced with a pandemic.

The use of liquor and marijuana has grown in popularity during  lockdown when COVID-19 originally hit the country. From a first hand perspective, I remember walking through grocery stores where it was very difficult to find alcohol stocked on shelves due to the over-buying of it. One thing that struck me as odd in all of this was not the coping aspect to the pandemic, but the fact that liquor stores were qualified as essential businesses. After looking into this, the answer became prevalent with the reasoning being understandable.

Liquor stores qualify as essential businesses due to alcohol use disorder. “People with alcohol use disorder (AUD) canfind themselves in unsafe scenarios.” The severity of this type of disorder can result in  fatality. Those with alcohol use disorder who have withdrawals can experience tremors, hallucinations and seizures. These seizures that can occur can progress to ICU treatment and overall lead to death. So, what does all this mean? Since COVID-19 already was putting more people than manageable in hospitals, the admission rate for AUD would have increased these ICU rates by two percent. This number may seem small. However, when in the midst of a pandemic that is requiring full occupancy, this extra two percent can kill more than save.

When looking at liquor businesses altogether, there has been skyrocketing  sales that occurred during the pandemic. Partially due to AUD and those who needed to cope with the entirety of it all. The week of May 2nd, 2020 represented the highest growth rate for alcohol sales since the “peak pantry-loading week.” That ended March 21, 2020 according to the market research firm Nielsen. One statistic highlights how “people in the US have been spending more on alcohol than they had when they were buying it last year.”  It doesn’t only stop there. Analysts also discovered that over the past nine weeks the total of alcohol sales have risen over 25 percent compared to last year. While the skyrocketing sales in alcohol are nothing to scoff at, they’re not the only self-coping good in high demand right now.

Marijuana has also had extensive growth in sales as well. According to Marijuana Business Daily, the state of Oregon’s sales went up “…nearly 60 percent from May 2019 and breaking the $100 million mark last month for the first time since the market launched in 2015.” Another state known for its adult-use — a term used for recreational users that are the age 21 and above due to this being the age that is legal to recreationally smoke — of marijuana is Washington. The sales in “…March, April and May 2020 increased by an average of 28.5 percent over the same months a year ago.” To understand this in context, the state of Washington’s adult-use market generated over $1 billion in 2019. Other major states for marijuana consumption — such as Colorado, Nevada and California — have also seen their numbers double to even triple the amount of cannabis sales.

Use the chart below to see these statistics as a visual representation:

As a born and raised Michigander, I became intrigued to look into the sales of marijuana use during this pandemic. The Detroit News covered this topic of Michigan’s recreational adult-use marijuana sales. The outcome showed that recreational pot sales in the nine weeks since March 9 make up about 60 percent of the whole state of Michigan’s sales since it was legalized on December 1, 2019. This dollar amount was about $54 million in recreational use sales that were reported to the state during these nine weeks between March and May. There were more than 7 million total sales weekly for the past four weeks. The owner of a Michigan Cannabis Business Development Group, Rick Thompson, explained that he wasn’t surprised by the increase due to this being “a testament to the strength of the industry.”

Even though businesses have shut down due to the pandemic and may never reopen (which is devastating for many), the liquor and marijuana stores seem to have lost nothing. Gains seem to have been made during this pandemic lockdown and an extensive amount at that.  This makes me wonder if  this will create a shortage if there happens to be a second outbreak? However, putting coping aside, it is prevalent why these industries were classified as essential businesses in regards to the overall well-being of those faced with medical or withdrawal disorder symptoms.