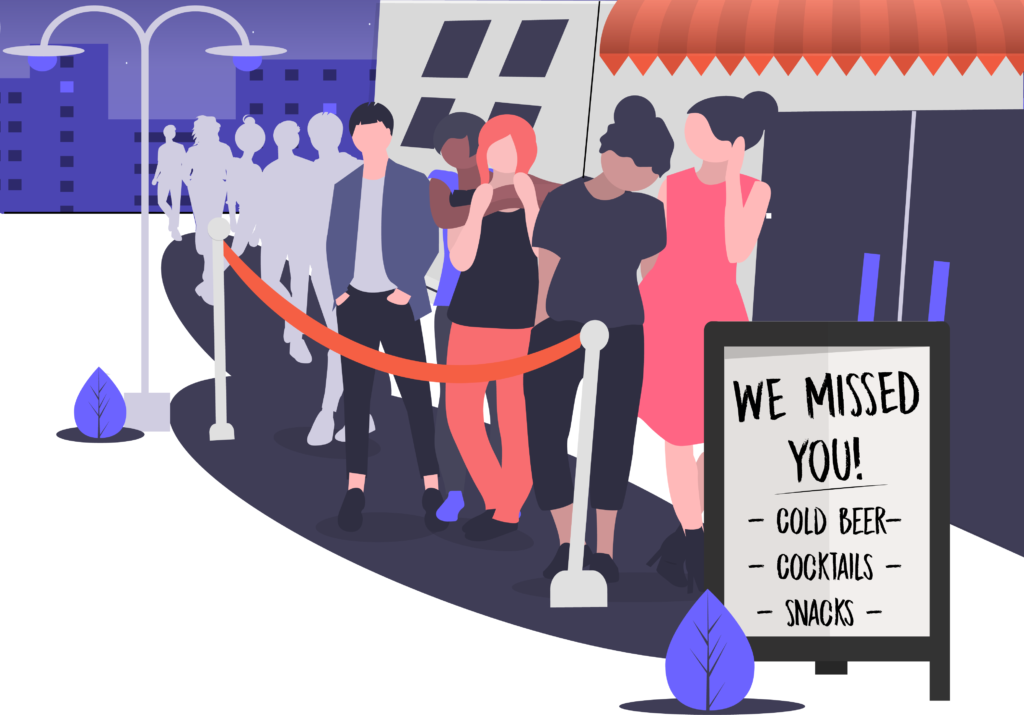 With the stay-at-home order being lifted from the original date June 12th, to  June 1st, there have been  mixed emotions with the change of events. The economy is starting to pick back up. Restaurants and local shops are opening up again. People are starting to feel as if life is back to normal. However, this was not the case, a fact that became prevalent when the bars in East Lansing, especially Harper’s, reopened.

The reopening was possible only by following the COVID-19 safety guidelines and procedures set by the owners of the bars. This includes social distancing six feet apart from others while at these reopened locations. Both employees and customers were required to wear masks, unless they were outside and socially distanced. Sanitization of surfaces, bathrooms and lounging areas were required frequently, as well, during this new reopening phase. Yet, it leads to the question: How was there a spike in over 100 cases  from Harper’s if all of the requirements were adhered by? I interviewed three students from Michigan State University who attended the reopening of the bars Harpers, Lou and Harry’s and Crunchy’s in East Lansing during these past couple of weeks. After seeing news outlets talk about the closing of Harper’s and the spike of cases, I became intrigued to hear the story from actual witnesses of these events.

It all started  with articles that mentioned only 18 people contracted covid from Harper’s from June 12th through June 20th, to 43 people testing positive with COVID-19 who were at the bar, then to over 51 people and now reaching over 150 positive tests that were linked to those who attended Harper’s. It felt right to ask those who were there what they exactly witnessed and experienced to understand these increases in numbers when protocols were supposed to be in place.

The first person I interviewed is Jenna Booher. She was present the past weekend during the outbreak of the new spike in covid cases.

“How many people would you say were at the bar that night you went out?”

“Was there anyone wearing masks? The customers or workers? Did you wear a mask?”

“Was there social distancing protocols or signs placed anywhere?”

“How would you describe your overall experience? What was it like being back in the bar scene?”

“10/10 felt like a normal bar night the week they first opened. It was good to be back. It almost made it seem like life was normal again. But, thinking back on it, I probably should not have felt that way. The second week I only went one time and I felt like I needed to be more cautious of my surroundings because the rumors of coronavirus at Harper’s were beginning to start. That night I only stayed on the patio.”

“How do you feel knowing that there has been a spike in numbers of COVID-19 cases that happened at Harper’s this past weekend?”

“Not good at all. The night I first heard of the rumors I showered the second I got home. After the last time I went my friends and I all went to get tested at Sparrow Hospital because we wanted to make sure we weren’t sick and after that I never went back even though they were still open. My friends and I tested negative for the blood and swab test, which made me feel a lot better. Since then I have just been trying to stay lowkey and only hang out with the group of people I have been with for the last few weeks”.

The other students I interviewed wished to remain anonymous.

The other interview I did with another student who said when they went to Harper’s, there was an estimated amount of over 200 people present. They also mentioned, “Only the workers were wearing masks. But the bartenders would pull their masks beneath their nose and mouth in order to hear and talk to customers. I did not see any customers wearing masks. I did not wear a mask because I knew that it was not needed to get into the bar.”  This is similar to what Jenna said about her experiences with the bartenders at Harper’s who would pull down their masks while not even one of the customers had one on. This exposes both the employees and bar-goers to the possibility of contracting COVID-19, which became prevalent from the shutdown of Harper’s and the amount of cases skyrocketing day by day since their reopening.

The last student I interviewed went to Harper’s, Lou Hau’s and Crunchy’s all during these past couple of weeks. When I asked how many people were at Harper’s they also estimated, “around 200 people.” “Lou Hau’s: maybe 40 if that. Crunchy’s: like 10”. It is easy to see by these numbers that it would make sense for the outbreak to happen at a bar that was the most crowded and had around 200 people present in comparison to 40 or 10 people. However, when I asked about the protocols they replied with, “Harper’s, yes. At the front there were signs and X’s to stand on and they were yelling at the people in front to social distance or they wouldn’t let us in.” It made me wonder what stopped the adhering to social distancing once inside? Why was no one wearing masks, and why did the six feet rule vanish once inside in a bar where employees were wearing masks and would remove them when next to customers to talk and ask for orders? They added something that gave a whole new perspective on this outbreak.

When I asked, “How do you feel knowing that there has been a spike in numbers of COVID-19 cases that happened at Harper’s this past weekend?”

They said, “Not great at all. I had to get tested. I don’t think it was Harper’s not doing their part but more so the people in attendance not doing their part for others. The quickness in which it was found out people had coronavirus there makes me think someone went there knowing they were sick.”

The possibility someone contracted COVID-19, knew about it and still made the decision to go out and did not wear a mask seems frightening. When put into the perspective of the university restarting in the fall with the bars right on the edge of campus, it makes me wonder: Will college students realize the responsibility that they have to not contract the virus due to the possibility that spreading it could result in death of family, professors and friends with underlying conditions? Those who are younger who have contracted COVID-19 and got over it may still be alive, however, those who contracted and still proceeded to go on with life as normal are contributing to these newly occurring outbreaks.