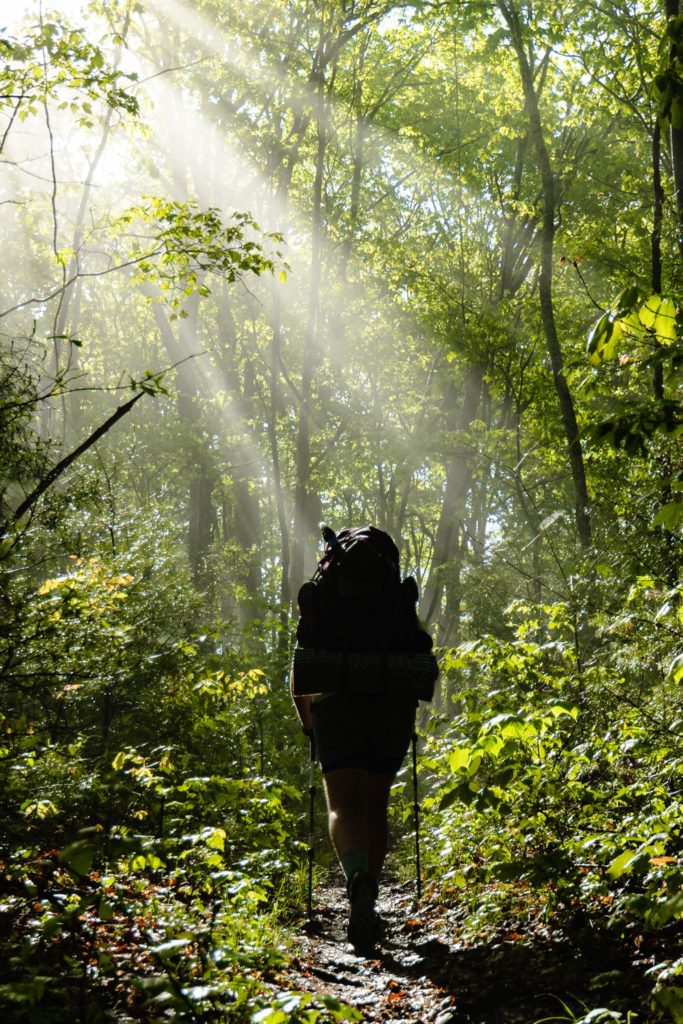 Hiking is a common pastime for those who enjoy nature and roughing it a bit. However, that typically isn’t more than a couple of miles and then coming home to wash off the dirt. The Appalachian Trail is 2,190 miles long and stretches from Georgia to Maine. Every year thousands of people attempt to finish, but only about one-fourth of them succeed. However, there are two strong willed people, who have not only decided to travel this beast of a hiking trail, but stopped during the beginning of the pandemic and then came back for more.

On March 9, 2020, Dee Tuggle and Irving Blaco began their adventure at Springer Mountain in Georgia. From there, they hiked for 20 days before the COVID-19 pandemic took hold of the world and forced them to return home. They waited for five weeks and then returned to the Appalachian Trail on May 10, 2020. July 17, 2020 marks their 90th day on the trail. After talking to them, I can now share some of the inside gems of what it’s like to hike the long and arduous trail.

Hiking over 2,000 miles is demanding enough without carrying heaps of equipment on your back. Tuggle and Blanco carry their sleeping bags, a tent, around ten pounds of food each, a first aid kit and a battery pack. They also have two changes of clothes, one for sleeping and one for hiking. The reason being you always want to have one set of clothing that never gets wet. However, though they have to travel light, they can still have some comforts with them. “I carry a jar of nutella usually,” Tuggle admitted. Blanco is a photographer, so he carries his camera with him. To check out some of the amazing photos he’s taken on their journey, check out his Instagram.

It should come as no surprise that hiking the Appalachian Trail takes some physical strength. Tuggle and Blanco have to travel “16-20 miles” every day. They explained that when they first started it was only around eight miles a day and then they slowly increased to ten miles and so on. “When we got back on trail we had to immediately start with 16 miles, because we had to make some of the time we lost while back home” Blanco explains. Their dedication has been paying off though. Their last stop was Unionville, NY which means they’ve officially hiked 1347.7 miles. “We’ve got like 843 miles left so we’ll probably be on the trail another eight weeks” says Tuggle.

You might assume that hiking the Appalachian Trail means that you’d constantly be in the woods, far from society, but Tuggle and Blanco pass through more cities and towns then you might have originally thought. Typically when they make stops in towns they buy hotel rooms. The Appalachian trail has a bunch of shelters, which are just three walled structures with a roof to act as protection from the elements. “Our record for staying in the woods is four days and then we stay in a hotel, because I like to shower.” Tuggle confessed. “Right now we’re trying to do five nights in the woods just to try and save some money.”

On the subject of showers, I was incredibly curious about how they stay clean while on the trail. Hiking 16+ miles has to work up a massive sweat, but Tuggle has created her own system to stay as clean as possible while on the trail and far from running hot water. “We like to take showers whenever we can, but when we can’t I’ll take a camp shower, because our legs just get really dirty while walking. You’re not supposed to wash up in water sources on the trail. So, I’ll take water from a creek or something on the path and take it 200-300 feet from the source and wash off my arms and legs with that and my little camp towel. I also carry baby wipes and it’s so gross to see what all comes off my face even after I wash it off with some water.”

2,190 miles provides plenty of time and space for something to go wrong. When asked what their most frightening experience was, they both had an unnerving story to tell. They recalled a time they stayed in a less than peaceful camping area.

“Our worst experience was the day after we stayed at Station 19 E. Between that hostel and the next one we had to cover 32 miles. At that point we couldn’t walk as much or as long as we can now, so it was horrible. We started late from Station 19 E and we did about 14 miles before the sun set so we had to do two miles in the dark. I don’t like night hiking, some people really love it, but I just hate it. There were four of us at that point and we came across a campsite and just decided to stay there for the night. Even that kinda sucked. The campsite was covered in rhododendron, which is really low to the ground and it was kinda claustrophobic. So, my brain wasn’t in a great place when I shined my headlamp in a tree and saw a bunch of ropes hanging from it. I realized reasonably that it was just rope from when previous campers had hung their food in the trees to keep animals from getting to it, but my brain immediately jumped to ‘oh that’s a noose’ and it really freaked me out. Then around midnight we woke up to the sound of hound dogs howling. Like a pack of hound dogs that were hunting. Then we heard the gunshots. We weren’t on game lands; there shouldn’t have been a reason that people were hunting on this stretch of trail. At one point they were close enough to us that we could hear them talking. Obviously, we survived, but it was the most freaked out I’ve ever been on the trail.”

While there are more stories of mistakes and triumphs, tears of joy and sorrow, it’s important to remember what you have done and what you’ve learned from it. Blanco claims, “I learned that I’m able to do something this big. I thought I wasn’t going to be able to, but I learned that with really strong will and perseverance you can do anything. This doesn’t just take physical strength, but mental strength as well. It’s cool that I’m able to do this; that I’ve been able to go this far. It’s farther than I thought I would.”

I was curious about how they managed to push through. They often talked about how frustrating the trail and circumstances could be. I wonder why they kept moving, even when they were exhausted or upset. Tuggle explained, “I didn’t know if I was going to be able to do this, and a lot of days, I still don’t think I can. But when you feel you’re at your lowest, you can’t just stop hiking. Even if you really are serious about getting off the trail, you still have to make it somewhere so that you can leave, but between that moment and the time it takes for you to get somewhere you find something that pushes you to stay.”

From the conversation I had with them, it isn’t hard to tell that they’re happy they stay every time. Blanco and Tuggle share their entire experience on their YouTube channel. I highly suggest checking it out if you want to hear more about their adventures.