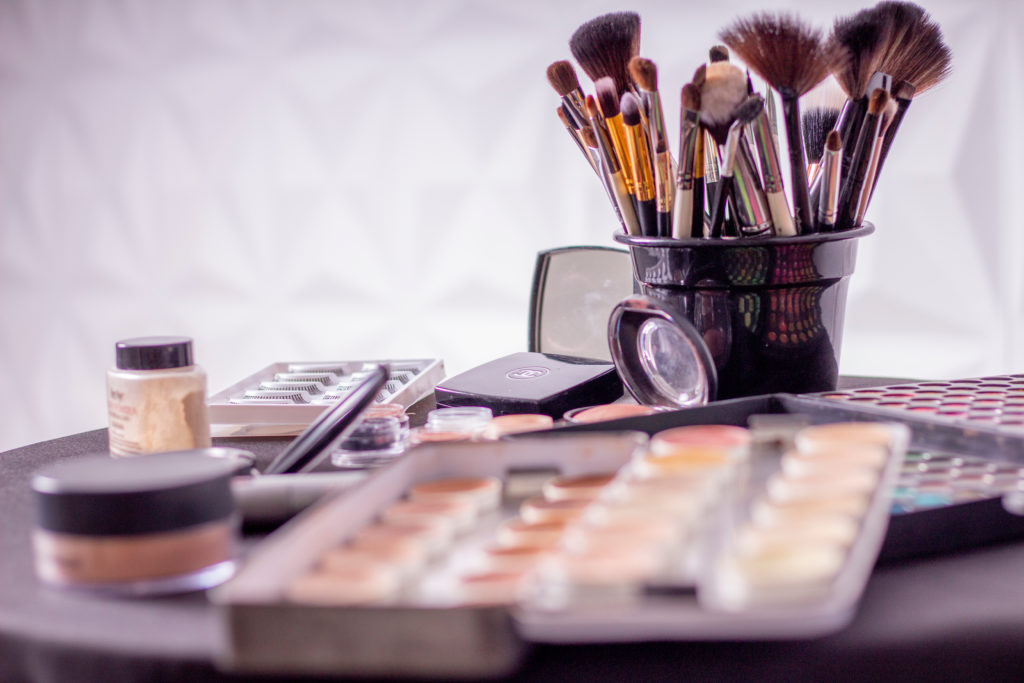 Whether you are a fan of wearing makeup, or just enjoy following your favorite beauty influencer, it is hard to ignore the controversies that seem to hover over the makeup industry like a dark cloud. Problems with inclusivity and recent drama involving popular YouTubers, Shane Dawson and Jeffree Star, are just some of the issues constantly plaguing the industry. These ongoing struggles among companies and influencers alike reveals deeper problems within the beauty community that must be addressed.

One of the worst issues in the makeup industry is the lack of diversity in their shade ranges for darker skin tones. Well known brands such as Tarte and Beautyblender have come under fire for not including a wide enough range of foundation or concealer shades for their customers. In 2018, Tarte released Shape Tape foundation following the success of their wildly popular Shape Tape concealer. They were met with criticism after swatches revealed of the 10 original shades, only three had medium to dark tones.

The same year, Beautyblender was similarly criticized for their lack of diversity with their Bounce Liquid Whip Long Wear Foundation. When the products first launched, there were 32 shades, with 25 of those catered to light and medium skin tones. Following the backlash, the company posted on Instagram announcing an additional eight shades were to be added to the collection. Many were rightfully appalled at this lack of inclusion, as Tarte and Beautyblender are large companies and have the means to produce an extensive shade range.

Kim Kardashian West was also called out in 2018 on social media for her lack of shade range on her KKW Beauty Concealer Kit collection. Twitter users called her out for having 16 shades that followers felt were not inclusive enough for darker complexions. Kardashian West addressed this in an interview with Refinery 21, saying “I thought [16] was pretty inclusive and that we had a good range. However, I do hear people when I see that there is something that they want. Our concealers did really well, so we are working on expanding our shade range. I definitely want there to be something for everyone. I love paying attention. I want to be inclusive for everyone.” A recent visit to the KKW Beauty website reveals that there are still only 16 shades available for purchase.

One notable makeup brand that is devoted to having a variety of shades is Fenty Beauty, created by Rihanna. Although relatively new, Fenty Beauty has been praised for its extensive range of face products. Created in 2017, the brand was inclusive from the start, compared to Tarte and Beautyblender, which were established in 2000 and 2003. With a total of 50 different foundation shades to choose from, Fenty remains one of the leading brands for inclusivity and diversity.

Another troubling issue in the beauty community is the seemingly never ending drama. In recent years, there has been a slew of popular beauty YouTubers exposed for problematic behavior. One of the most well known makeup gurus, Jeffree Star, was repeatedly called out for racist statements and actions that were revealed in a leaked video. Star addressed his past behavior in an apology video posted in 2017 in which he expressed his remorse and vowed to do better.

However, his troubles didn’t end here. In recent weeks, Star, along with his friend and fellow YouTuber Shane Dawson were exposed for more racist behavior and inappropriate video content. They were also accused of orchestrating drama that would result in the downfall of James Charles, another beauty guru. Dawson has vehemently denied these claims and attempted to apologize for past comments and racist actions, but the allegations have resulted in the loss of YouTube subscribers, social media followers and the monetization of his videos. On July 10, makeup brand Morphe, who has collaborated often with Star in the past, announced in a tweet that the company decided to “cease all commercial activity related to Jeffree Star and affiliated products.” Star responded to Morphe’s decision to cease future production on their collaborations. His makeup company, Jeffree Star Cosmetics, posted a statement on Instagram expressing disappointment over Morphe’s decision to part ways and announced that his brand has other new products that will be released soon.

On July 18, 2020, Star finally posted a YouTube video after weeks of silence on the drama. The video, titled “Doing What’s Right” has amassed over 11 million views since its release. In the 10 and a half minute long video, Star says he is taking credit for his part in the drama. “For the first time in a very long time, I’m really reflecting on my behavior and mine alone,” he states. Star goes on to apologize to James Charles, saying “I would like to personally apologize to James Charles for the words that I’ve said and my actions. If I was really close with someone I should’ve had the ability to just simply call them and ask and say ‘Hey, these were the things that were being said to me.’ Instead I didn’t… It’s disgusting.” Star shut off comments under the video, but many followers flocked to his Instagram to voice their disdain for the video, with one user commenting, “This video is absolute garbage Jeffree and you know it. The thumbnail says it all! You’ve been caught out and there is zero sincerity in this parade of a video.”

Other Youtubers who found themselves in hot water over past behavior are Laura Lee, Manny MUA and Nikita Dragun, to name a few. Each of these beauty influencers were called out when racist tweets of theirs resurfaced, exposing their past problematic behavior.

Lee originally posted an apology video that has since been taken down after viewers called her out for crying for the majority of her video, rather than taking accountability. Her reasoning for the removal of the video was that it “does not represent the human being that I am today.” The controversy resulted in Lee not only losing subscribers and social media followers, but major brand deals with lucrative companies like Ulta Beauty. Manny MUA apologized in a YouTube video titled “My reality check” and vowed to take time off and reflect on his past actions. He proceeded to take over a month off before posting a follow-up video titled “Where I’ve Been” in which he explained he took this break to focus on his mental health and his role in the drama. Nikita Dragun expressed her remorse on Twitter, saying “I apologize and feel disappointed in myself. I know I’m better than those old tweets from when I was 15. I hope you can see I am literally a changed person, growing and changing everyday to be a good role model for my loving followers.”

Although makeup is meant to be fun and lighthearted, past drama and inappropriate behavior continues to plague the beauty community. It is important to hold brands and people accountable for their actions and continue to push for a more inclusive industry. In this age of social media, it is easy for anyone to reach influencer status and gain a large following. This makes it all the more important that we ensure that the people we give a platform to are deserving of it.