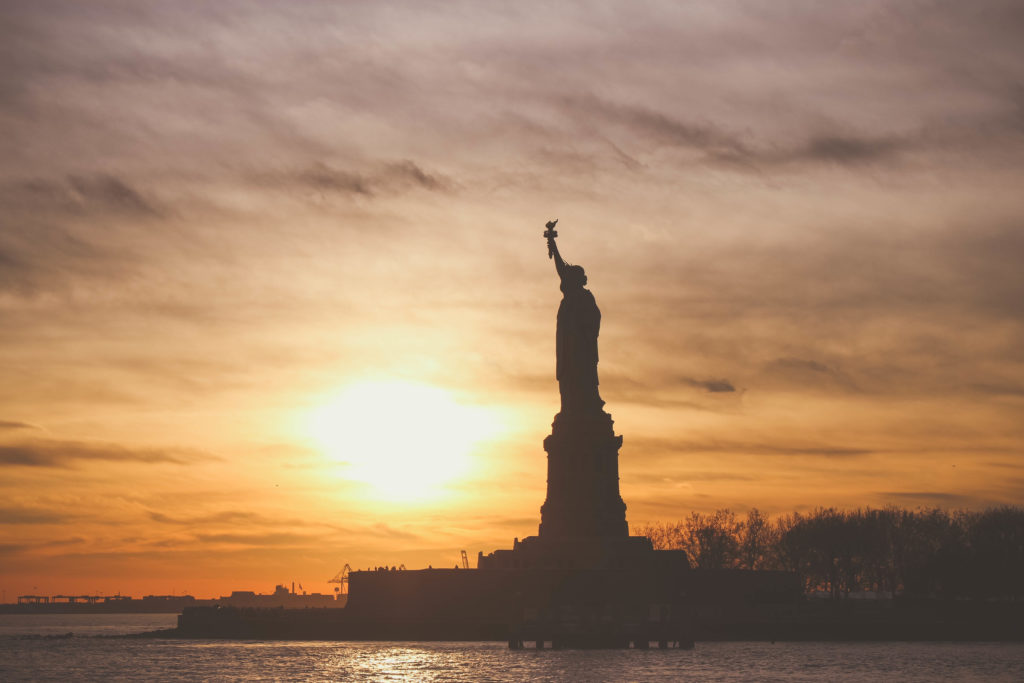 The United States is commonly referred to as a melting pot made up of different races and nationalities, however, there have been exclusionary acts that have barred certain groups from immigrating into the country. These historical acts have led to struggles for a number of groups trying to live in this American melting pot. In recognizing these biases, there has been some transition by the Supreme Court into implementing protective measures for immigrants. These past landmark decisions show the evolution of rights gained through the Supreme Court.

Dred Scott v. Sandford: One of the most historic and important cases regarding citizenship was the 1857 case Dred Scott v. Sandford. This case involved Dred Scott, a formerly enslaved man in Missouri who, after living in free territory, sued for his freedom upon his return to the South. After several trials, the case eventually made its way to the Supreme Court, who ultimately did not grant citizenship to Scott and claimed that African Americans could not be afforded the same rights as white people nor be granted citizenship. The case was dismissed as the court decided that an African American who had been a slave or had ancestors who were slaves were not considered citizens with legal rights in court. Scott and his family were eventually sold to the son of his original owner who then freed Scott and his family on May 16, 1857. Scott lived as a free man until he passed away on September 17, 1858. This was a turning point in American history that set a precedent for how the Supreme Court would rule on future cases.

Chae Chan Ping v. United States: In the late 1800s, as the number of people immigrating into the United States began to increase, the federal government initially had little requirements enforced on immigrants. However, a rise in immigration from China sparked the creation of laws such as the Chinese Exclusion Act of the 1880s. The 1889 case of Chae Chan Ping v. United States, also known as the Chinese Exclusion Case, involved Ping — a laborer who had been working in San Francisco for 12 years. An immigrant from China, he returned there temporarily and obtained the correct documentation before his visit in order to reenter the United States. A week before his return, a limit placed on the amount of Chinese workers allowed in the country was further restricted. Ping sued for his right to return, but the Supreme Court upheld the right for laws to change at any time. Through this holding, the Supreme Court essentially reserved the government’s right to invalidate these otherwise legal certificates that laborers like Chae Chan Ping possessed. Such decisions allowed the passage of laws that would continue to exclude certain races from entering the country.

Maslenjak v. United States: The case of Maslenjak v. United States presented the question of whether failure to provide the truth was grounds for denying citizenship. Divna Maslenjak, a Serbian woman, sought refuge for herself and her family in 1998, stating under oath, “her family faced persecution from both sides of the war: from Muslims, because of the family’s Serbian ethnicity; and from Serbs, because her husband had fled conscription in the Bosnian Serb Army.” Maslenjak stated under oath that she had never lied to government officials during naturalization proceedings. However, it was soon discovered that Maslenjak’s husband had in fact served in the Serbian Army, a fact that Maslenjak later admitted she was aware of. After being convicted of lying under oath and being denied naturalization for these lies, the case made its way to the Supreme Court. The Court’s opinion, delivered by Justice Kagan in 2017, stated that denying Maslenjak the opportunity to become a citizen because of this falsehood would be congressional overstep. By allowing the prohibition of her naturalization, the Court believed they would be enabling prosecutorial misconduct. Kagan wrote that he feared convicting Maslenjak gave prosecutors “nearly limitless leverage— and afford newly naturalized Americans precious little security.” This decision displays a sharp contrast from past immigration cases in which prosecutorial discretion was encouraged and upheld by the Supreme Court.

Department of Homeland Security v. Regents of the University of California: This case is the most recent immigration case to make it to the Supreme Court. It began when The Deferred Action for Childhood Arrivals, or DACA, was under the threat of being repealed. This policy was originally implemented by Barack Obama and meant to protect young immigrants. The University of California was the first to file a lawsuit against the Department of Homeland Security on the grounds that repealing DACA would be an unconstitutional and careless overstep by the executive branch. The 5-4 decision ruled in favor of the Regents of the University of California, and the DACA policy remains in place. The opinion was written by  John G. Roberts Jr., who stated “DHS’s decision to rescind DACA was arbitrary and capricious under the [Administrative Procedure Act].” This decision allows thousands of Dreamers to continue their lives in the United States and protects them from the threat of deportation.

The United States has an important role in making impactful decisions regarding immigration and citizenship. In many previous cases, the Supreme Court has defended the government’s right to limit or ban certain groups from entering the country based on many different factors. In recent years, however, the Court’s decisions are balanced toward immigration into the United States and protecting current and future immigrants. These decisions enhance the United States’s reputation of being a true melting pot, where many different cultures are represented and welcomed.