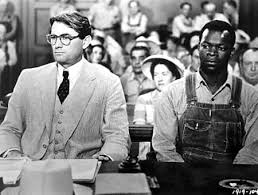 The White Savior trope is often used in movies depicting people of color benefiting or in some way beating the system, but there has to be a white person that helps them do it. This idea inflates and soothes the egos of white people feeling guilty about the system they benefit from. I’m not saying that all of these movies are bad, or that they should be disregarded, but this trope that people of color can only succeed if they have the help of a white person should be laid to rest.

Theodore Melfi’s 2016 film Hidden Figures covers the story of three female African American mathematicians that helped the United States during the 1960s space race against the Soviet Union. This movie was destined to be a blockbuster when it came out. Especially with their all star cast including Kevin Costner, Taraji P. Henson and Olivia Spencer, to name a few.  During this film, there is one scene that stands out: Al Harrison is angry with Katherine Johnson for always taking so long to use the restroom. She proceeds to give a passionate speech about how they all look down on her because of the color of her skin and she can’t use any of the restrooms in the building because there isn’t a bathroom for women of color. Costner’s character is moved by this speech and knocks down the signs above the bathrooms that mark them as segregated. This is all  touching, but it’s not factually accurate. According to the actual Katherine Johnson, she “just went on in the white [bathrooms].” Melfi admitted in an interview that he created the scene for the film, and doesn’t see the issue with using this white savior trope – “who cares who does the right thing, as long as the right thing is achieved?”

Tate Taylor’s 2011 film, The Help, follows Skeeter Phelan —played by Emma Stone  who writes a novel from the perspective of the black maids in her hometown of Jackson, Mississippi. The fact that this is a movie about racism, yet our main character is a white woman, is questionable. Phelan’s storyline is often split between trying to convince these poor, silenced maids that they can speak up, as well as her socializing with the women she wants to expose. Also, the depictions of the maids in the film is problematic. As previously stated, Phelan has to convince them to speak up about the abuse they suffer and Aibileen Clark, played Viola Davis, is portrayed as being meek maid, quietly resigned to her position. To add insult to injury, at the end of the movie Phelan is offered a job in New York City while Clark begins her career, but writing for the local newspaper. She was one of the main reasons the book existed and yet Phelan is the one who receives the best ending.

Robert Mulligan’s 1962 film, To Kill a Mockingbird, is another narrative about racism that we perceive through the eyes of a white person. In the film, we follow Scout Finch’s father, Atticus Finch, defend a black man who was  falsely accused of rape. Both the book by Harper Lee and the film are commonly included in high school curriculum, but are we really teaching children the right thing? I admit  for quite a while To Kill a Mockingbird was an incredibly important film, but it also lets our white characters off solely because they’re not racist. Yes, that’s important, but they still benefit from their racist society, especially for their 1960s setting. This film pushes the idea that just being anti-racist is enough to help those who are being oppressed.

Instead of only mentioning films that are problematic and shouldn’t be watching if you’re trying to educate yourself on racism and how white people benefit from systematic racism, I thought providing a healthier alternative could be helpful. Here are some films that you might want to watch if you’re beginning to educate yourself. One large tip when searching for less problematic alternatives to white savior movies is first making sure that the director is a person of color.

Spike Lee’s 2018 film BlacKkKlansman covers the story of a black police officer from Springs, CO as he infiltrates the Ku Klux Klan and foils an upcoming attack.

Barry Jenkins’s 2016 film, Moonlight,follows the story of Chiron through childhood, adolescence and young adulthood as he deals with his sexuality and the struggles he endured while growing up.