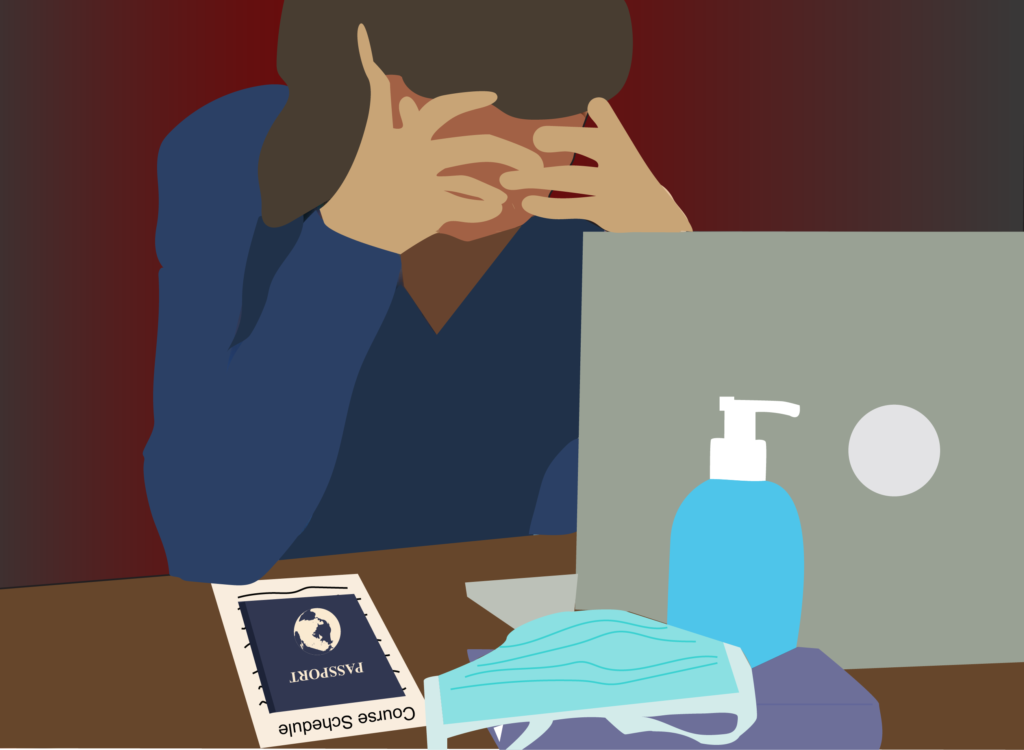 In regards to all the tragedies happening in the world right now, one of the main concerns is the way schools will return this fall. Regardless if you are a student or a parent to one, the concept of returning to campus this fall brings some anxieties. Yet, imagine how international students must feel knowing they may not be able to re-enter America due to travel bans and with the United States’ Immigration and Custom Enforces(ICE) ban.

ICE announced international students who plan to solely enroll in online classes this fall will be barred from entering the country. This announcement trickled in after the U.S. announced the coronavirus has reached over 4 million cases and along with universities’ discussions of whether to meet in-person or online for the coming fall semester.

“Nonimmigrant students in new or initial status after March 9 will not be able to enter the U.S. to enroll in a U.S. school as a nonimmigrant student for the fall term to pursue a full course of study that is 100 percent online,” ICE said in their guidance for the future fall school term.

Not only would international students with a full online course load not be able to enter back for college, ICE also mandated school officials not to provide new international students with an I-20 form. This form shows these students’ legal status in the U.S. and yet, they are not allowed to even be given the opportunity to show their status upon their return to campus.

Interestingly enough, ICE has done revisions to the new enforcement and are now allowing international students who are actively enrolled at schools in America, on or before March 9, will not be affected by the original guidance. However, students who were enrolled later will be turned away.

Not only were the international students upset and confused by this declaration of new guidance, but so were universities. Universities, such as Harvard and MIT, sued ICE due to this unfair guidance that was presented.

“Supporters within and outside Harvard have begun to prepare and file amicus briefs in the University’s lawsuit against Immigration and Customs Enforcement and the Department of Homeland Security” mentioned in The Harvard Crimson revised on July 12, 2020.

“If I go back to Syria, and I want to come back for my last semester, I’ll be barred from entering the United States again… I would be forfeiting my education” an international student explains.

Another student said “Chinese international students, especially law students, come to law school in the States because they truly believe in democracy and believe in American values. International students are here to contribute…a core American value is to embrace immigrants and to embrace foreign talents. That’s why I came to America. And I just wish they would uphold that spirit.”

These students have their right to get education in the U.S., but now their voices need to be heard due to this decision that was declared by ICE.

The Washington Post mentioned, “Scores of universities supported their lawsuit, along with more than 70 higher education associations. So did Google, Twitter, Facebook and more than a dozen other tech companies.”  Due to higher education officials and the voices of the students, this plan is still continuing to evolve and change. Universities are bringing their classes back in-person for the fall semester with procedures to follow in order to ensure the safety of the staff and students. Not every university across the country has this ability, however many, including Michigan State University, have found ways to plan and adhere by protocols for returning students.

Although there are changes being made, there is still work to be done. Making sure college campuses are allowing international students to maintain their course schedule, regardless of in-person or online, is just the beginning to this long fight for justice.