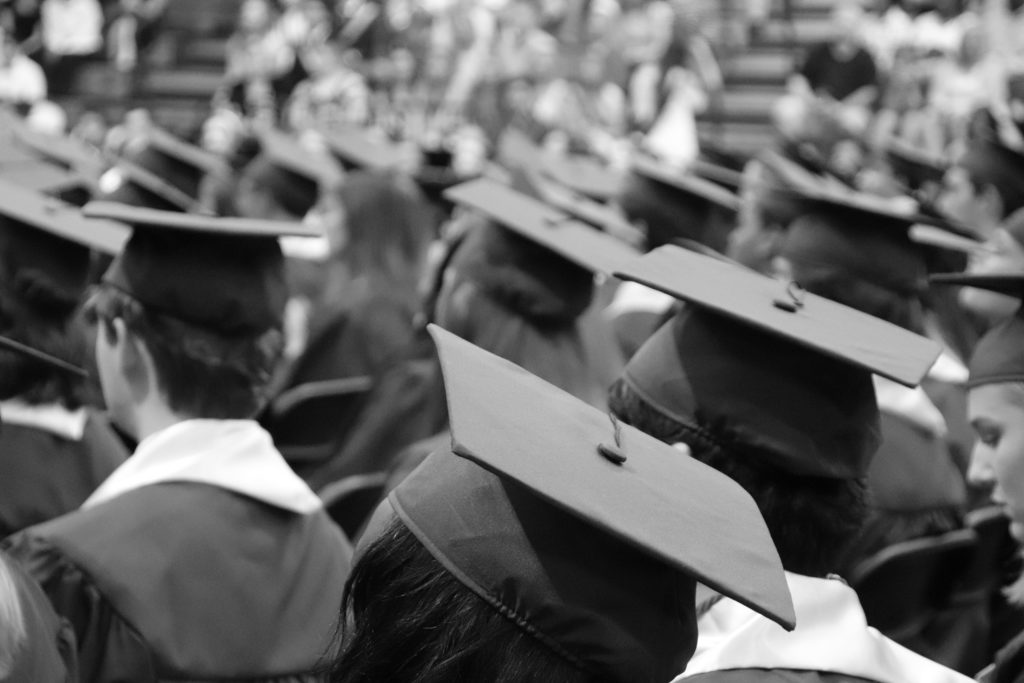 Michigan State University prides itself on being one of the top research universities in the world. Since its founding in 1855, MSU has produced alumni who confidently enter the workforce feeling prepared for the future. With 93% of graduates working, in grad school or both within 6 months of graduation, MSU boasts high success rates. Alumni move all over the world to pursue rewarding careers. From being prepared to solve real world problems to taking charge of lucrative companies, MSU provides an enriching environment that cultivates prosperous career paths for graduates.

Bob Chapek: In February 2020, MSU alumnus Bob Chapek was named Disney’s seventh CEO. Chapek received his Master of Business Administration from MSU. A Disney employee since 1993, Chapek was a member of the leadership team and previously served as Chairman of Disney Parks, Experiences and Products and as Chairman of Walt Disney Parks and Resorts. According to Disney’s website, his achievements include “the largest investment and expansion in its sixty-year history, including the successful opening of Shanghai Disney Resort; nearly doubling the Disney Cruise Line fleet; introducing the most technologically advanced and immersive lands in the parks’ history, Star Wars: Galaxy’s Edge at Disneyland Resort and Walt Disney World Resort; the growth of Marvel-inspired attractions across the globe; and one of the most ambitious development projects at Disneyland Paris since the park first opened.” As CEO, Chapek is devoted to enhancing both the guest and employee experience at Disney Parks. He also works closely as a Board Member with the Make-A-Wish Foundation and is devoted to making visits to Disney a success for all.

Jemele Hill: American journalist and Detroit native Jemele Hill is a notable MSU alumna who graduated in 1997. During her time as a  journalism student and employee of The State News, Hill developed her own unique style. “I like to push the envelope. Sometimes you need that to make people think. I’m able to bring a take that’s different or maybe that people will talk about behind closed doors and are afraid to bring out into the mainstream,” she told Robert Bao in 2007 for her Spartan Profile. Hill went on to work as a journalist at ESPN for 12 years and was the co-host of “Sportscenter.” After her tenure at ESPN, Hill now works as a staff writer for The Atlantic and has her own podcast on Spotify called Jemele Hill is Unbothered. In 2014, Hill returned to MSU’s campus as the Homecoming Grand Marshal. She continues to give back to students, previously donating $2,000 for MSU students of the National Association of Black Journalists to attend the 2019 NABJ Convention in Miami. She is proud to be an alumna and remains grateful for her time at the university.

Nick Moritz & Clif Wells: Both alumni from MSU, Nick Moritz and Clif Wells are responsible for the invention of the “Toad Opener,” a door opener meant to help avoid touching the door handles in public places. The device attaches to the bottom of doors and the curved edge allows a door to be pulled open with one’s foot, in order to minimize the spread of germs. They explained to The State News how they came to be partners, saying they were not in business together until Moritz had the idea for the invention after seeing a similar door opener in a bar before lockdown began. Moritz knew a product like that would come in handy, but had no supplier. He then found Wells’ LinkedIn page and noticed he had experience with 3D printing. Each Toad Opener is created using this unique 3D printing technology and can easily be stuck to doors with adhesive, unlike similar products that must be drilled into doors. The Toad Opener is currently patent-pending and can be found in Michigan, New Jersey, Tennessee, Nevada and California. The pair hopes to continue expanding their company in an effort to benefit public health and help prevent the spread of COVID-19, the flu and other illnesses that can be easily transmitted in public areas.

Tyler Oakley: Famous YouTuber, Tyler Oakley, obtained his Bachelor of Arts degree from MSU. Oakley graduated in 2011 from the College of Communication Arts and Sciences. Now a top creator on YouTube, Oakley has over 7 million subscribers on the platform, and describes his content as “a variety of LGBTQ+ content, Q&A’s, challenges and super fun videos, including collaborations with YouTubers, celebrity collaborations & interviews.” In addition to YouTube success, Oakley is also an activist for LGBTQ+ youth and promotes social rights. His other accomplishments include being a published author with a book titled “Binge,” a documentary called “Snervous” and has appeared on the Ellen Show. Additionally, Oakley was “a consultant for President Barack Obama and former First Lady Michelle Obama on using digital platforms to connect with youth; has raised more than $1 million for The Trevor Project; and has been nominated – and won – numerous awards.”  He has also been featured in numerous publications, including one of Time Magazine’s 30 Most Influential People on the Internet. In 2017, Oakley returned to MSU’s campus as the Homecoming Grand Marshal. Oakley documented his return in a YouTube video featured as part of his “Going Home” series on his channel. He posts regularly on YouTube and has a podcast called Psychobabble, available for streaming on Spotify and Apple. Oakley continues to be a top social media creator and uses his platform to advocate for social justice, while giving credit to MSU for shaping him into who he is today.

These success stories all have one thing in common: they are graduates of MSU. No matter the path they took, each has had a unique impact on their respective careers. These alumni are proof that hard work and determination does pay off. They are all a part of the Spartan community that made a difference and continue to make their mark on the world. As MSU continues to produce successful graduates ready to enter the workforce, they join the ranks of these successful people who prove everyday that Spartans will.

Claire Bahorski is a junior at Michigan State University studying Human Capital and Society and Humanities Pre-Law, with concentrations in Public and Professional Writing and History. In her free time, she loves spending time with her friends and family and watching movies. She hopes to always continue writing, along with her aspirations of becoming an attorney.