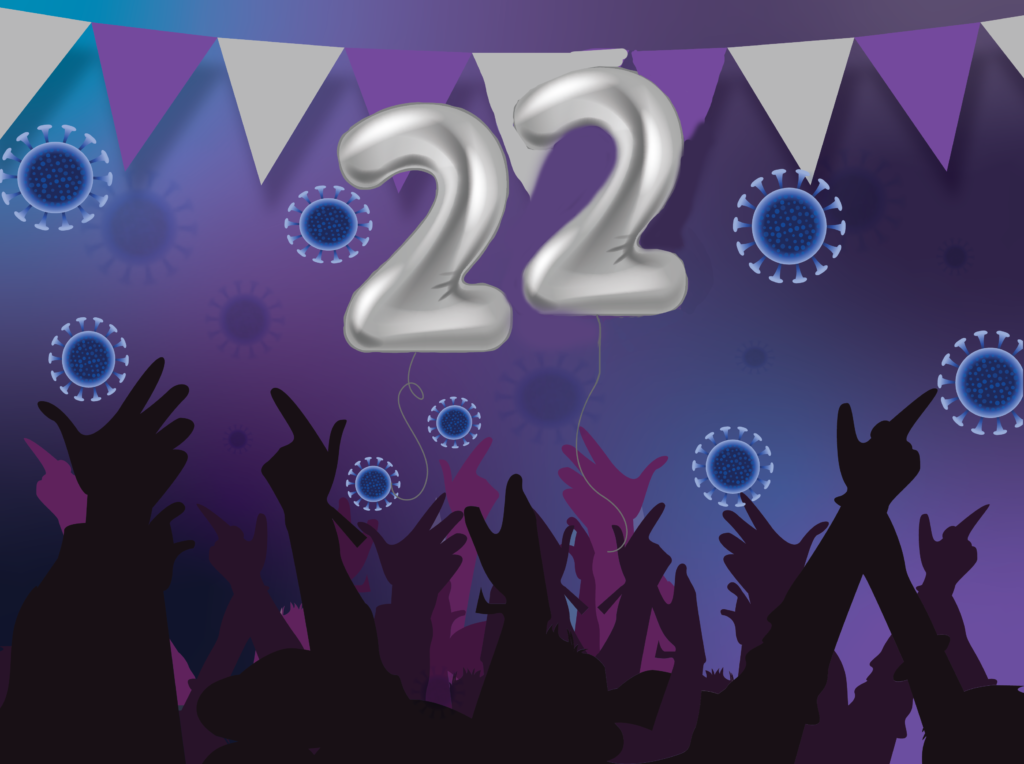 On July 22, Larray Merritt— TikTok and Youtube star who creates comedic videos for his audiences — threw a birthday party with over 70 guests invited. The paparazzi spotted other influencers, such as Tana Mongeau and Emma Chamberlain, attending this party. Photos show guests arriving wearing masks, however, once they arrived inside for no paparazzi to see, they took them off and did not follow any social distancing guidelines. There are photos and videos taken from inside the party that the influencers who attended captured and posted on social media. Other well-known influencers from YouTube decided to speak up about how irresponsible this behavior was when Larray  himself has four million followers on Instagram, six million subscribers on YouTube and 13 million followers on TikTok. Yet, that’s nothing in comparison to those who attended, such as Nikita Dragun, who has eight million followers on Instagram, and James Charles with over 20 million followers on Instagram. Maybe it’s time that more than just other influencers speak up and reevaluate their behavior as an influencer and what that truly means.

Not only have social media stars such as Tyler Oakley taken to Twitter to write tweets tagging all the major influencers who were at Larray’s birthday party, but so have their followers. Below are tweets that have been made by their followers who decided to call the influencers out for this irresponsible behavior.

Frustration is only part of this equation. One of the major reasons that people decided to stand up and say something back is due to the protocols and regulations in California. Regulations and guidance for large gatherings were issued July 2nd. This order states under the Mandatory Requirements for All Gatherings to:

2. Don’t attend gatherings if you feel sick or are in a high-risk group.

3. All gatherings must have an identified and designated host, who is responsible for ensuring compliance with all requirements.

5. Wear a face covering to keep COVID-19 from spreading.

7. Attendance: the maximum number of people allowed at an indoor gathering of any type is 60 people.

The guidance has been public knowledge since July 2nd and yet, 20 days later, major influencers still decided to go against regulations for gatherings in the state of California. How have these celebrities been able to keep creating content and living their lives like nothing has happened? None of these influencers have lost sponsors. They are still making money living their lives and are most likely unaware of how irresponsible they were and the damage they could have done because of their behavior.

With millions of eyes watching their every move, the reactions to the fans and other YouTuber tweets are the main attraction. How will they, or anyone even respond to their irresponsible decisions? Well, Larray did. After he saw Tyler Oakley’s tweet, he decided to write back and apologize.

However, his birthday party was not even thrown by Larray himself. His friend Nikita Dragun threw him his 22nd birthday in the famous Hype House. Although the party was for him, he is only responsible for his mistake of letting it happen and showing up and not enforcing the guidelines. However, Nikita did reply on Twitter to Tyler’s tweet and then deleted it after it got spread across different social media platforms. The other influencers, except Mongeau, who attended still have yet to comment on their appearances at his party.

Mongeau issued an apology in one of her most recent vlogs on YouTube. She also expressed how she has regrets now after attending his birthday party. She says, “I fully hold myself accountable for this, plus will be staying inside”. However an apology is issued, it still does not take away from this mansion-sized party that took place. These are the influencers of today’s generation. Younger followers who watch how they are acting during this time could potentially violate guidelines set in place just like these influencers did.

All eyes will be on the outcomes of any new COVID-19 outbreaks that may happen because of this party. Who will report they have been contaminated with the virus, or will they not say? Regardless of any outcomes of spreading the virus, how will this affect the way you view these famous internet stars?