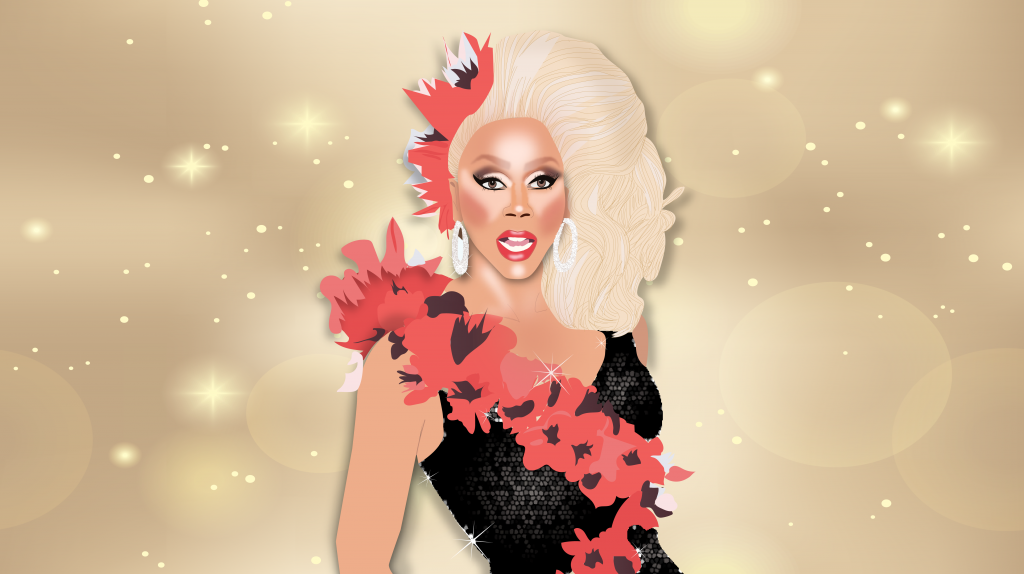 Drag refers to the performance of hypermasculinity, or hyperfemininity, through clothes and personas. Drag and gender impersonation is a beloved part of LGBTQ history and the community due to its nature of challenging gender roles and expectations. For a while, it was something that was only well known and talked about amongst the community. However, thanks to shows like RuPaul’s Drag Race, it’s become an incredibly popular form of entertainment even for those who aren’t in the community.

To understand modern drag it’s important to know a little bit about its history. While the art form, currently known as drag, is still fairly new to mainstream popularity. Gender impersonations were mostly used during Shakespearean times. Women were not allowed to perform onstage. So, their roles in plays were filled by men and young boys. In this early stage, drag filled more of an utilitarian role rather than actually trying to make a statement, but it’s still important to see that the idea of performing different gender expressions isn’t something new to our society.

As for what we now think of when we think of a drag queen, it’s impossible to not mention RuPaul, whose full name is RuPaul Charles. RuPaul was a pioneer in creating the image of the tall and fierce drag queen we have today. He started as an actor and singer in the 1980s and wormed his way into any form of entertainment that he could. In 2009, he became the host and headlining name in RuPaul’s Drag Race, a television competition where drag queens from all over came together to compete to be America’s new drag superstar. RuPaul’s Drag Race and its various spin-offs are what solidified the image of drag queens in American culture. This was the first major platform that showed what being a drag queen was actually like.

While we can’t talk about the history of drag without mentioning RuPaul, we also can’t talk about him without mentioning his more problematic sides. RuPaul’s Drag Race creates this image of family and acceptance, but behind the scenes it seems RuPaul isn’t all that warm . Pearl, a contestant from season seven of RuPaul’s Drag Race, revealed that while gushing to RuPaul about how much she idolized her, RuPaul told her, “Nothing you say matters unless that camera is rolling.” Pretty brutal thing to say to someone who obviously adores you, but maybe it was just a bad day. However, RuPaul’s past comments about allowing trans people to compete on the show are something that can’t be forgotten. He famously compared competing in RuPaul’s Drag Race as a trans woman to being an athlete taking performance enhancing drugs while competing in the Olympics. While RuPaul has apologized for his comments, it’s made the community less than trusting of him.

All this being said, we’re not suggesting you shouldn’t watch RuPaul’s Drag Race ever again, but it might also be beneficial to consume drag culture through other platforms as well. For example, the FX series Pose is an excellent place to begin educating yourself on the history of drag and the comedy series UNHhhh, hosted by drag queens Trixie Mattel and Katya Zamolodchikova, is hilarious and they also often mention or feature other drag queens.

As much as drag and drag queens have moved into the mainstream spotlight, there is still the glaring issue of the invisibility of drag kings, or people who perform with hypermasculine personas. There are few places to actually watch drag king performances unless you know a club or bar that’s having a show. YouTube has some content, but most of it is either king giving tutorials on how to transform or some poor quality iPhone videos of performances. Even these videos are a bit sporadic. As we continue to praise drag queens and drag culture, we should try to bring more awareness to drag kings. As it stands this sect of drag culture is seen as more of a baby sister to drag queens.

Drag culture is one that explores gender performance and impersonation. It’s fascinating to see how it’s evolved over the years as it’s become a more supported art form. As it continues to grow, it’s important to remember to consume our media, including drag media, responsibly and to support both our drag queens and kings.