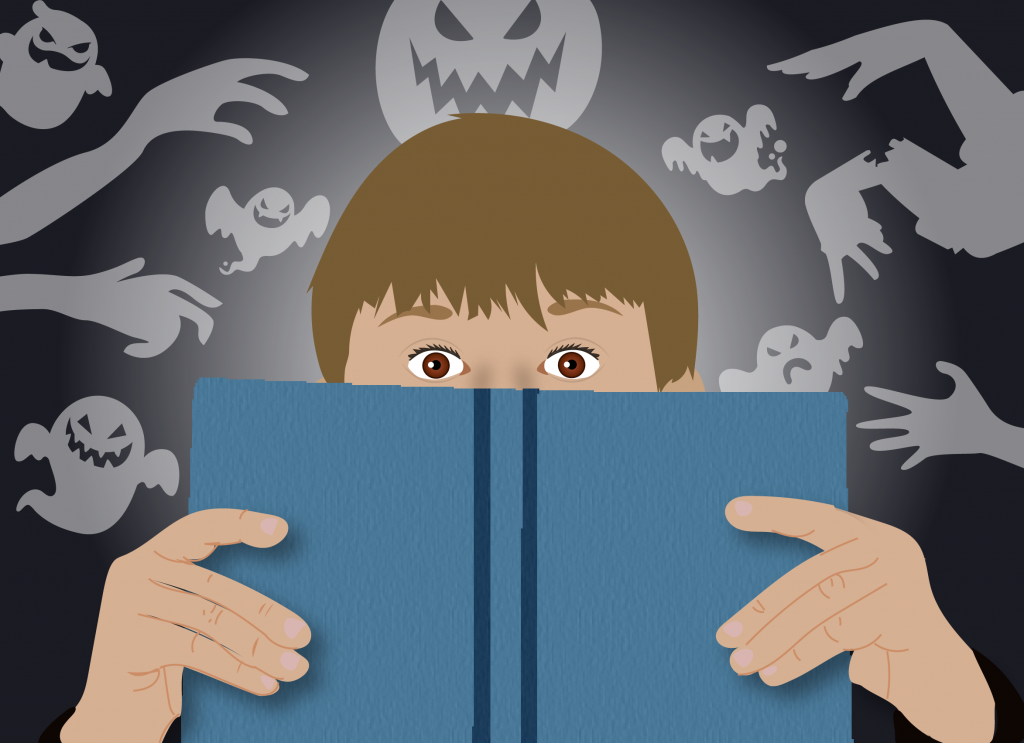 As an adult who consumes mostly horror movies and horror media, there came a moment when I finally asked myself: ‘why am I like this?’ What got me, and several other horror enthusiasts so interested in the genre? And then I started to think back on my favorite shows and books as a child. Media like Scooby Doo, Goosebumps and Scary Stories to Tell in the Dark are childhood favorites for those who grew up into horror junkies. Here are some of the horror media that probably turned you into a horror fanatic.

Children’s television is a very prominent part of growing up in many kids’ lives, and the kinds of shows you gravitated towards as a child could be telling of the kind of adult you became. Rewatching Scooby Doo, with its monsters and mysteries may seem rather tame, but as a child it can be truly terrifying. The older 1969 series Scooby Doo, Where Are You! was aesthetically much darker and even the voice acting was more gravelly and spooky. Even looking at the newer revamps of Scooby Doo, you can see how it’d be rather frightening for children. Whether you watched the Goosebumps T.V. series is another good indicator that you grew up to enjoy horror and spooky media. It’s still incredibly silly and only mildly creepy looking at it as an adult, but as a child I remember the episode “The Girl Who Cried Monster” giving me nightmares with its monster FX makeup and spooky storyline.

Scary movies for kids are a bit more of a grey zone. Most people wouldn’t consider these in the horror category, but it certainly got several people invested in the genre. The Addams Family is one of these grey area movies. The basic story line isn’t incredibly terrifying or full of spooks, but the overall aesthetic of the movie certainly grabbed people’s attention. I’m sure several children growing up watching The Addams Family wanted to be the beautiful, but haunting Morticia Addams or the creepy charismatic Gomez Addams.

Some films are more directly horror related, such as Monster House or ParaNorman. In both movies, the plots are much more ghostly and horrifying with a killer house and a kid who  can see ghosts. These movies not only had the haunting imagery, especially ParaNorman with everything having a slight green tinge, but  they also had plots that as children, had us curling into our blankets.

Children’s books are incredibly important for childhood development, but for horror lovers, these books were probably some of your favorites. There are a number of series that tell spooky stories meant for children. Some of the most popular being the You’re Invited to a Creepover series and the Goosebumps book series. These featured creepy stories with plots about dummies coming to life or discovering that your neighbors are vampires. Books like these were best consumed at night right before you went to bed for the ultimate spooky mood. You may have gotten a few nightmares, but it was worth it.

However, we can’t talk about children’s horror books without mentioning the ultimate: Scary Stories to Tell in the Dark. It was the best horror book for children, with some of the stories still creeping out your average adult and illustrations that seared themselves into your brain. Scary Stories to Tell in the Dark, and the subsequent series that followed, were oftentimes passed around at slumber parties and read aloud around campfires in an attempt to scare your friends, typically giving yourself a fright as well. Some of the stories haven’t stood the test of time, but I dare you to read “Harold” and not get a little freaked out. The inky, black and white illustrations that followed certainly didn’t help any children get to bed.

I hope this blast from the past gave you some nostalgia and maybe even some perspective on why you might be obsessed with horror movies. What used to be a niche genre filled with some really horrible B-list movies, is now a monster of an industry. This growth is due to the children that grew up with this horror media and saw the wonder in the horrifying.