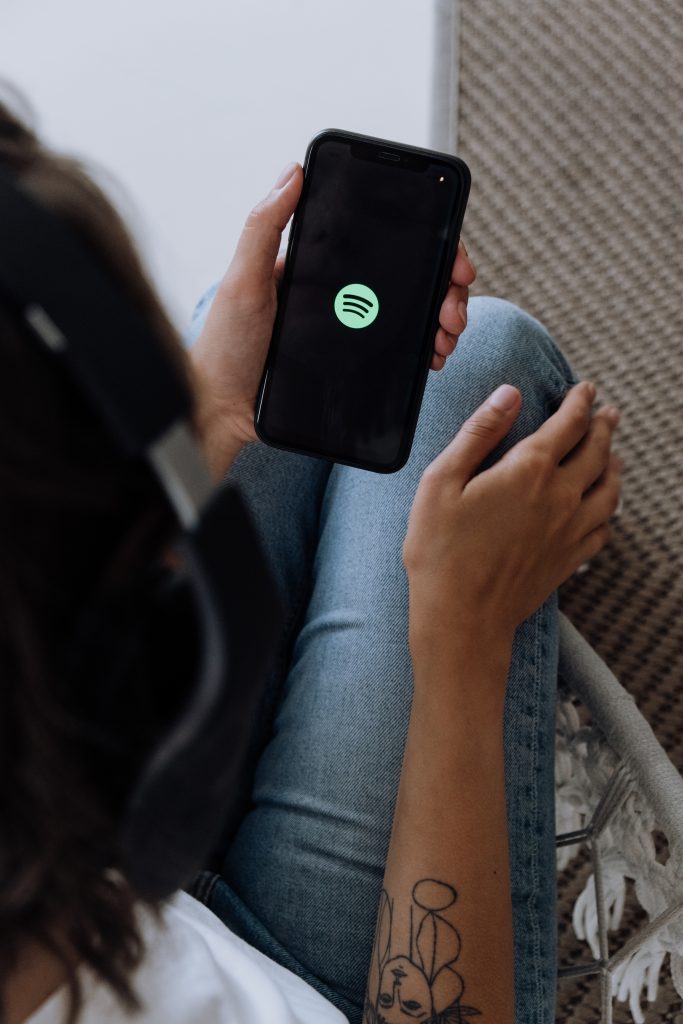 Music is a part of everyday life for people all over the world. From movie soundtracks to albums by our favorite artists, music is just one of the many things we consume on a daily basis. Just like everything else, music evolves over time and the popularity of different genres and singers can often change. Along with these changes, the way we access our favorite songs has developed over time as well. As technology advances, being able to listen to music has become easier than ever.

The phonograph, created by Thomas Edison in 1877, was the first invention that allowed music to be recorded, however, recordings could only be played once. Since then, the way we listen to music has greatly changed. Over time, technology continued to develop and these devices improved. The next well known device was the LP record, invented in 1948. It allowed 30 minutes of play time on either side, a vast improvement from the phonograph’s single play feature. These records remained the main source of music consumption until inventions such as cassette tapes, CDs and the Cassette Tape Player (the Walkman) were introduced. These inventions took over the music scene, with Sony selling over 200 million Cassette Tape Players from the time it was brought onto the market until the product was discontinued in 2010.

Transitioning into more recent times, the next most innovative device came from Apple in 2001. The iPod was the first of its kind, allowing songs to be downloaded and played for up to 10 continuous hours. The design was unique, with later iPod generations having a “scroll-wheel” for ease of use. Following the success of the classic iPod, Apple introduced a number of MP3 devices, including the iPod mini, the iPod Shuffle and the iPod nano. They then released the first iPod Touch in 2007. The iPod Touch was the first Apple device to have Wifi capabilities and allowed songs to be downloaded straight from the iTunes Store into the music library. This became the main way of getting music onto your iPod until the rise of streaming platforms began.

When music streaming services such as Pandora, Soundcloud and Spotify began gaining popularity, it was an introduction into the future of listening and allowed easy access to a wide variety of songs. These were among the first platforms to exist, and they have inarguably changed the way we hear music. Pandora launched in September 2005, and enabled custom radio stations based on listeners’ favorite music, indicated by a thumbs-up or thumbs-down button. It was one of the first “freemium models,” allowing users to listen for free with advertisements or pay a monthly fee for no advertisements. SoundCloud was then established in 2007, allowing listeners to hear music and be able to upload their own tracks onto the platform. Spotify came in 2008 and has since become “the world’s most popular audio streaming subscription service with 299 [million] users,” according to their Company Info page.

With no shortage of options for streaming music, these platforms provided access to millions of songs with the click of a button. Unsurprisingly, streaming songs instead of purchasing them on the iTunes Store became the main way people listened to their music. The appeal of paying streaming platforms monthly fees for unlimited music rather than paying for individual songs naturally caused people to gravitate toward streaming music instead. With such competition coming from other companies, Apple decided to transition into the music streaming market with the introduction of Apple Music in June 2015. This was a step away from the usage of iTunes, and Apple eventually decided to shut down the iTunes Store  and instead promote their other streaming services.

The immense popularity of music streaming has undoubtedly overtaken mainstream media. Even celebrities have capitalized on it, with Jay-Z creating his streaming service Tidal in March 2015. The service is backed by a multitude of celebrity stakeholders, including Beyoncé, Alicia Keys, Nicki Minaj and Rihanna, to name a few. Tidal differentiates itself from other companies by stating that using this service is “an opportunity to create a better experience for fans by empowering artists to share what they want, when and how they want to, directly with their fans.” They even dedicated a feature entitled Tidal Rising to helping artists from around the world create a bigger outreach. These selected musicians can gain advantages such as featured placement, press pictures, public relations assistance and more.

It is no doubt that music is important to countless people from around the world. It is a part of daily lives and connects people emotionally, culturally and even spiritually. It is an amazing form of self expression that has the ability to reach so many people. This is why it is interesting to see how early inventions have transitioned into the way we listen to music today. With streaming services being the modern way people consume the majority of their media, it will be fascinating to see the way it further evolves. Who knows how we will be listening to music in ten or even 20 years? Until then, keep listening to music the way you want to. Music is an art, be free to express yourself and feel the beat.