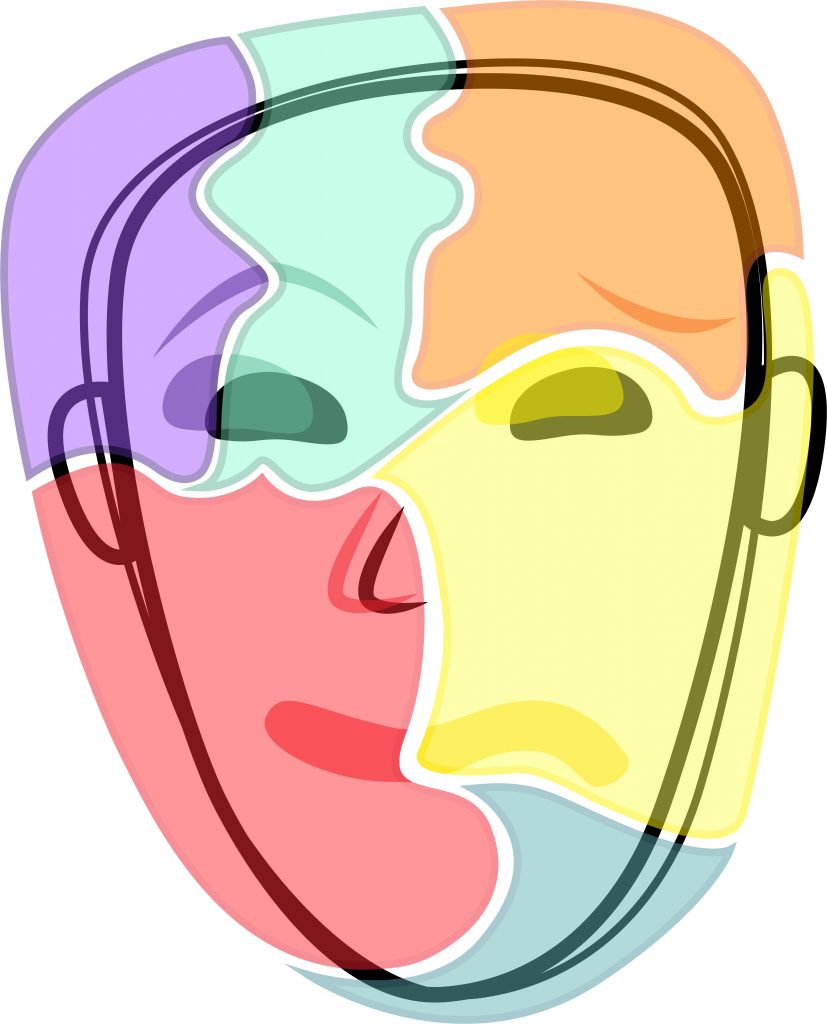 There is no denying the stigmas around mental health that exist within today’s society. Even as some mental illnesses are becoming more widely understood by the average person, many still have their existence demonized or denied altogether. One such mental illness is Dissociative Identity Disorder (DID). Most of the exposure to DID the average person has is from pop culture — be it a serial killer in your favorite crime show or the villain in the movie Split — in which people with DID are most often portrayed as violent or faking. With such a complex disorder, it makes sense that some aspects seem outlandish out of context — especially non-human, fictional, and supernatural alters — but with just a short overview, the inner workings of the mind can become so much clearer.

To start, a person with Dissociative Identity Disorder is called a system, because their body is run by a system of “alters.” Dissociation is a disconnection from someone’s thoughts, emotions, memories, perception of reality, or sense of self, typically as a result of trauma. DID is dissociation to an extreme. It is caused by trauma in early childhood — specifically before a child’s personality integrates into a cohesive unit, which takes place around age six to nine. Before then, a child has different personality states for different situations they find themselves in. However, if a young child experiences sufficient trauma, the mind will dissociate and put up amnesic (i.e. memory) barriers around the trauma to keep itself alive. This trauma is often caused by repeated, extreme abuse, either by an individual or a group. When the personality would normally come together to move forward in life as a single unit, the barriers keep that from happening and the individual states of consciousness develop independently and create multiple “people” called alters (from “alternate states of consciousness”). From then on, if someone with DID experiences a new or increased trauma, the mind can create another alter.

There are two main categories for alters: “apparently normal parts” (ANPs) and “emotional parts” (EPs). ANPs are grounded in the present, take care of daily life tasks, and do not remember the details of their trauma (or maybe even that trauma happened at all). While the word “normal” is in their title, that does not mean every ANP behaves the same way. Some may be happy and outgoing, and some may seem emotionless if it helps avoid triggering trauma and an EP. An EP, on the other hand, has memories of the trauma and, depending on the alter, may be living exclusively within the trauma memories. That being said, every alter is different and a person within their own rights. They can have different likes, dislikes, appearances, styles, ages, genders, sexualities, mental illnesses, and even physical problems.

Even with all that, there are various recurring roles in alters across systems. The age of these alters can be a concrete number, an approximate age, or a small range of ages that the alter slides between. This age may be older, equal to, or younger than the system’s body was at time of the alter’s creation depending on the circumstances around the alter breaking off. This is sometimes fetishized by pop culture. However, when it comes to pop culture misrepresenting DID, there are certain alters it loves to distort and label “evil” without, or in spite of, doing research. A persecutor alter, for example, often acts in harmful ways, but that harm is to the body, system, or specific alters. This harm comes from a distorted view of reality where the persecutor alter cause harm to keep greater harm from happening (e.g. “my abuser said [x thing] will happen to me if I talk about the abuse I have sustained, so I will punish an alter that talks about it myself so no one else has to punish us instead”), because they believe there’s nothing good about them and they deserve punishment, or because harming the body might make their pain stop. An introject, similarly, can be a harmful alter if they are a copy of an abuser. They may take on the rhetoric and actions of the person or group and inflict it on the system to try to “keep [them] in line” in order to protect the system from external abuse. Both of these types of alters hold trauma, which is a hard and unfair job, and their struggle needs to be empathized with instead of vilified. For example, when helped with their struggles, reformed persecutors make for some of the strongest protectors.

Now while human alters are the most common types of alters, not all human alters are unique entities, and not all alters are human. The form an alter takes is a product of their creation. A protector might be a lion or a wolf or even a fictional character, something the child sees as strong enough to get through their experiences. An EP that contains a near-death experience may be a ghost and have no idea the body survived. A child ritually abused to fulfill a specific purpose or belief (possession by an angel or demon, certain political or military people or ranks, animals, etc.) can have alters that fill those needs.

With this understanding of alters, it shouldn’t be much of a surprise that no singular alter in a system is the “real” personality. Each alter is a part of the system and no one owns any other. To quote YouTuber DissociaDID, “if you were to drop a glass bowl, and it shatters into a number of pieces on the floor, which piece is the original piece? … They’re all part of the same bowl.” Integration of every alter into one will not create the “real” person either. Each integration that takes place creates a new alter that is a combination of the alters before them. The amnesic barriers coming down doesn’t make things “clearer” or move the personality towards who they would have been without DID. It just changes the alters who integrated. The majority of systems do not fully integrate, and it’s completely possible to live a happy, healthy life being a system. The “disorder” part of Dissociative Identity Disorder means that there is clinically significant distress or disability caused to the person, so people can absolutely have fulfilling lives in healthy multiplicity.

There are many details I didn’t cover, and while the internet is full of conflicting information, there are a variety of professional resources to read. For a more personal look, it’s even possible to watch YouTubers with DID like MultiplicityAndMe. Hopefully this has put DID in a new light for you and presented a better understanding of some of the people in the world around you.

Carolanne Stockton is a senior majoring in English with a concentration in creative writing. After college, she hopes to use her passions for writing and editing to go into the publishing industry. Other passions of hers include psychology, gaming of all types, spending time with friends and seeing as many dogs and cats as possible.