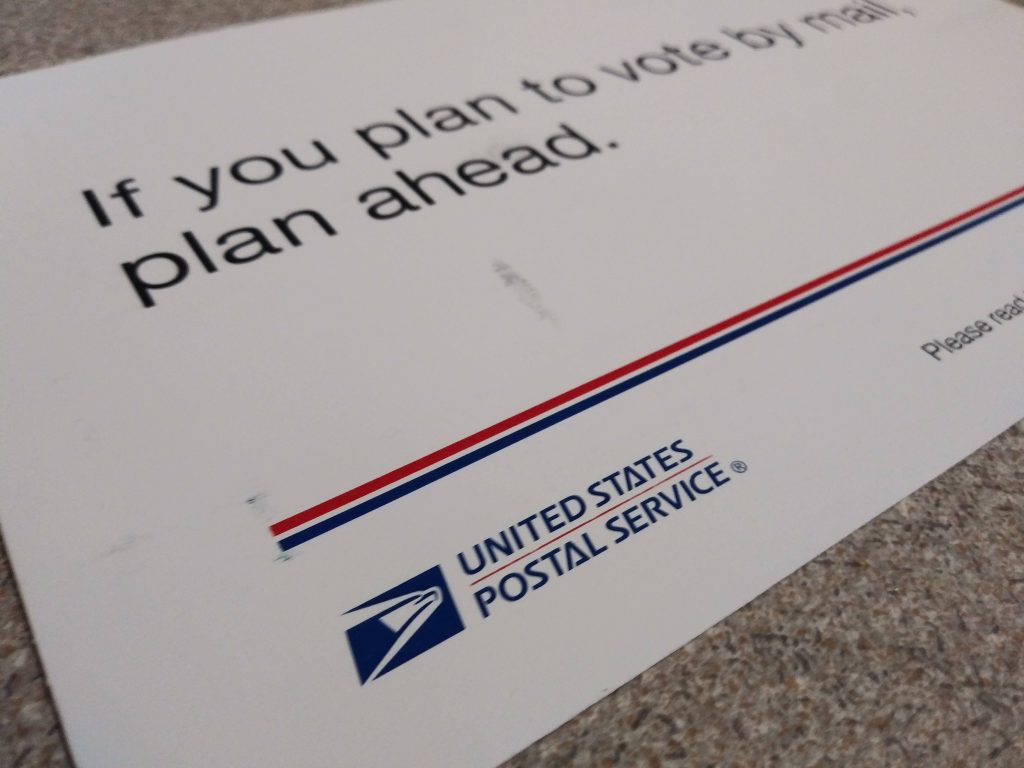 The United States Postal Service, one of the most frequently used (albeit more inconspicuous) branches of the federal government, has become the battleground of the latest iteration of pre-election partisan maneuvering. Against the backdrop of the Coronavirus crisis and the ongoing lack of a vaccine, both sides of the aisle have predicted that mail-in voting could make or break the November 3rd presidential election.

The USPS was not in a prime position to become the site of election strategizing like it has in recent months. The organization has been struggling for years due to a combination of competition from other shipping companies and long-term political meddling. In 2006, Congress passed a law requiring the USPS to create a retirement fund for its employees — with the capitulation that the fund had to contain enough money to pay for at least 50 years’ worth of retirements in advance. It’s been estimated, but not confirmed, that the fund may contain closer to 75 years’ worth. The creation of this fund required the USPS to use massive amounts of its funding, which was originally allotted with the intention of paying for regular running costs, to instead pay for retirements that won’t happen for years. This would be a heavy financial burden for any government body, and the USPS was the only federal agency required to create such a fund, which is what led to suspicion that the move was orchestrated by politicians who wanted the USPS gone, or at least crippled.

Recently, several politicians have called to end the USPS, citing the apparent budgetary issues facing the agency. In addition to the strain created by the 2006 law, the USPS is further stressed by the obligation to deliver a letter to anyone, anywhere in the country, for the same flat rate. Corporations like Amazon are not bound by any such requirement. But the USPS isn’t a business, so even if it is “losing” money, it’s not really supposed to be making any either. It’s a government body that’s required to serve the American people, like the military.

Over the past few weeks, the postal service has jumped to the forefront of the national news cycle not because of its financial issues but because of the abrupt changes that have been made to the agency. Current Postmaster Louis DeJoy has ended overtime pay for hundreds of thousands of employees in an attempt to stanch financial losses. With postal workers not allowed to work more than forty hours a week, any mail they can’t send out in that time has to be left for a later date, creating an exponentially growing backlog. DeJoy also reshuffled the administration, a move critics have said provided nothing but distraction and hassle for employees at all levels. Add in a hiring freeze and the unexplained removal of crucial mail-sorting machines, and a massive amount of work has been piling up for the already overextended USPS.

The interruptions to normal postal service procedures have ramifications far beyond the availability of mail-in ballots. Election Day is still a ways away, and while the effect of the postal service’s changes on mail-in voting can only be theorized, general mail has already been suffering. Many Americans, especially senior citizens, get their medications through the postal service. A bogged-down mail system means people have to sit and wait for meds, in some cases running out of their prescription in the meantime. Food is also shipped by mail. USPS workers have reported that the mail warehouses are becoming rat-infested as perishable packages rot. More upsetting is the effect the mail slowdown has on live animal shipments. Baby chicks are frequently mailed to buyers in temporary boxes. Without the mail-sorting machines, which can handle 35,000 pieces per hour, chicks and other animals become part of the piles of backed-up mail. Frequently, they die.

DeJoy, an appointee of current President Donald Trump, has enacted many of these changes, leading Democratic figureheads to accuse DeJoy of intentionally meddling with post office efficiency on Trump’s behalf. The claim may have credibility since it is predicted that mail-in voting would benefit Biden more than Trump, but there isn’t yet concrete proof. DeJoy has been called before Congress to answer for his abrupt changes to the postal system. Even more recently, he’s been called in for questioning about promising to financially compensate employees who donated to GOP candidates.

While the USPS is in admittedly dire straits, there isn’t reason to believe it will collapse entirely — it is one of the few government bodies explicitly mandated in the Constitution. The post office is older than America, and American citizens will have to trust that it keeps on surviving.

Emma Kolakowski is a junior double-major in Theater and Professional and Public Writing, whose love for the written word is matched only by her love of ramen. Emma hopes to pursue a career in publishing after graduation. When not buried in a book, Emma can be found building sets, fencing, or geeking out over art history.