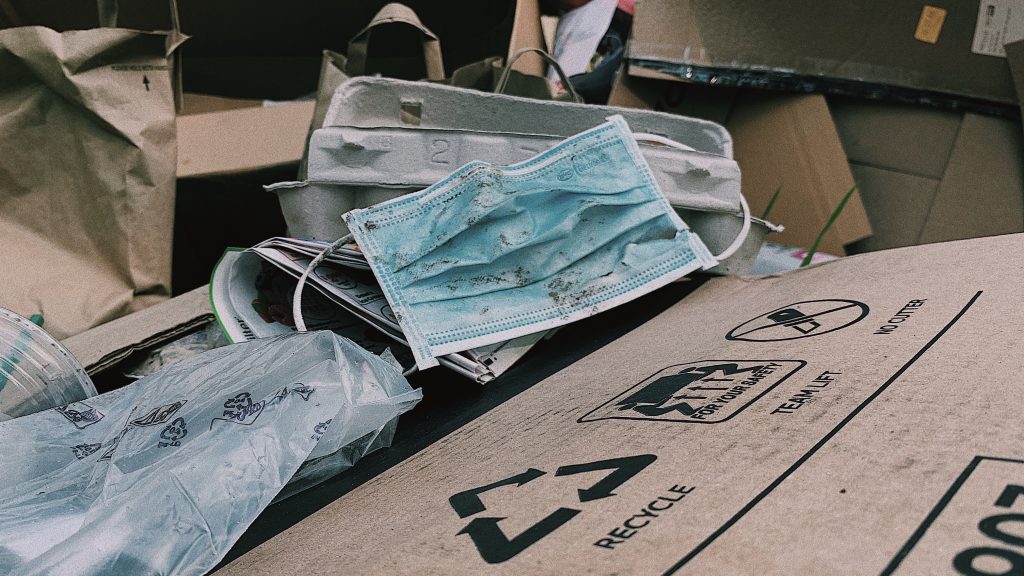 The recycling crisis began on July 18th, 2017, when China announced at the World Trade Organization (WTO) that by the end of the year they would no longer accept the world’s waste material. This sent shock-waves throughout the recycling industry as China had previously imported up to fifty-six percent of the world’s plastic waste, as well as sixty percent of United State’s paper waste.  After the announcement, the world’s market for recycling collapsed. By August of 2019, the price for used corrugated cardboard had fallen by eighty-five percent in the U.S. and municipalities are still scrambling to figure out where to put all their refuse. Of course, this is all set in front of the backdrop of the larger climate crisis, but now a global pandemic is making things worse.

His words ring true for the entire country. Seeing as how material recovery facilities (MRFs) are companies with business models, they aren’t a given in the best of times, and they certainly aren’t a given during a global pandemic. From sick workers to the increased cost of sanitation and personal protective equipment, as well as an evaporated commercial demand, some companies have had to rely on PPP loans to avoid layoffs, though that hasn’t kept hours from getting cut and workers from getting furloughed.

Some municipalities were forced to suspend their recycling programs altogether. Earlier shutdowns were mostly put in place to mitigate transmission between workers in harder-hit areas but also to cut down on potential transmission from waste materials. Jails and prisons created a labor shortage for MRFs that relied on incarcerated people for labor when they cut down on movement in and out of their facilities due to the significant risk of infection in those facilities.  And more recently, in Baltimore, they suspended their curbside pickup of recyclables until November because of a backlog brought on by an employee shortage influenced by–get this–one of the hottest months on record in Maryland.

The long term killer of these programs, however, may not turn out to be anything new. Municipalities have been canceling their programs since China made their announcement at the WTO, and now those communities that decided to hold out are dealing with widening budget deficits incurred during the pandemic. According to Resource Recycling, various local governments are in talks to slash recycling from their budgets, and the city of East Peoria, in Illinois, already has.

Recycling will continue to be at peril until the cost of doing business is lowered and higher market values for refuse are reestablished.  Communities will be dealing with these deficits for years to come, and worse, according to Dr. Anthony Fauci and Dr. David Morens in the journal Cell, the threat of another global pandemic will only intensify as human societies make more and more alterations to the environment and “create an endless variety of opportunities for genetically unstable infectious agents to emerge into the unfilled ecologic niches we continue to create.”

Our best bet at solving the problems of the recycling industry may be the one that gave rise to MRFs the first place: a cultural shift.  In an interview with Time, Susan Strasser, author of Waste and Want: A Social History of Trash said, ‘“The idea that you threw stuff out when it wore out is a 20th century idea” and a product of “a consumer culture that suggested that new was better than old.”’

The implication is clear. Waste less, save more, and press businesses to adopt practices that work with the environment rather than against it. That may be the most we can do until the technology needed to make recycling more cost-effective catches up, though hopefully by that point we won’t need it.

Jarett Greenstein is a junior double majoring in Professional and Public Writing, as well as English with a concentration in creative writing. He is currently the Assistant Managing Editor at the Red Cedar Review and he also does closed-captioning work with MSU IT. You can find him on Twitter @JarettWrites.