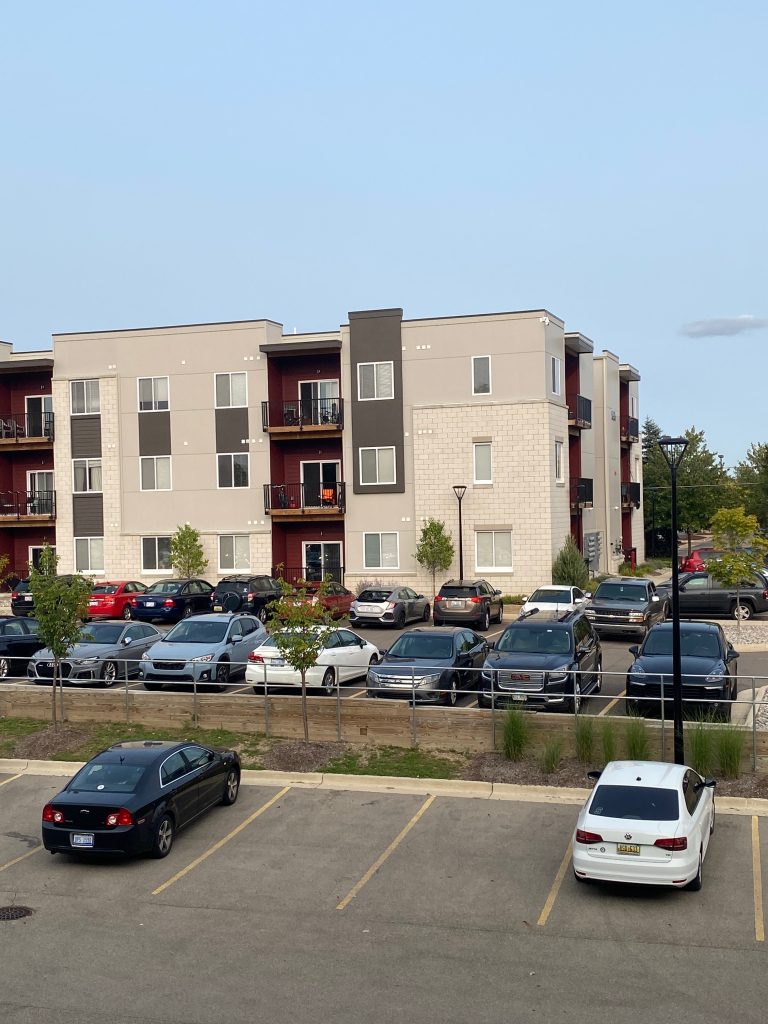 On March 11th, normalcy exited stage left for students of Michigan State University (MSU). All public universities in Michigan moved to an online format of instruction for the remainder of the semester due to the progression of the global coronavirus pandemic. Along with this announcement, many students were abruptly encouraged to return home to continue their semester. Students and instructors struggled through a brand new routine and after an isolated and strange spring, many MSU students began to daydream of long-forgotten normalcy. Unfortunately, that dream would continue to remain unattainable.

On August 18th, merely a few weeks before the start of the fall semester, an email from the university was sent to students that explained that nearly all classes would be conducted virtually. Additionally, students who planned to live on campus, as well as students who planned to live in the East Lansing area, were encouraged to remain at home with the hope of reducing the potential spread of the virus.

This news may have deterred many from commuting to and living in the East Lansing area, but many weren’t given a choice. Off-campus students who had initially signed a lease for the 2020-2021 school year were virtually unable to alter or break their leases. Students often begin signing leases for the following school year as soon as October of the current year. Many owners offer tenants the option to find someone to sublease their spot to, but that process has proven to be rather difficult for some, as many others chose to stay home instead of pursuing a lease. In other words, hundreds of students are stuck in East Lansing or are paying for residences they are unable to use.

“When MSU announced remote learning, my parents actually heard about it before I did and instantly jumped to the idea of getting me out of my lease,” commented an anonymous source. After attempting to contact their leasing office regarding the pandemic and how it may affect the lease, they were left disappointed. “They told us if someone else weren’t to pick up my lease, likely for only a percentage of the rent, we would be liable to pay. So basically, there is simply no way out without significant financial losses.”

The announcement had a similar impact on countless others. Faith Chen, an MSU junior studying Hospitality Business, was also affected by the university’s decision to conduct remote learning.

“The announcement made me realize that I was stuck in a lease and it required the entire house to find a sublease if possible,” said Chen. Luckily, Chen was able to find a subtenant fairly easily, but others continue to struggle with this task even today.

Katherine Snider, a senior studying Creative Advertising at the university, was living in East Lansing earlier this year when students were encouraged to move home. However, the notorious reputations of leasing companies in East Lansing halted her from even contacting her leasing office about altering the terms of the lease.

“I didn’t try to get out of the lease because I knew they wouldn’t budge,” said Snider. “I still continued paying for the entire lease, even though I went home when the pandemic hit.”

Snider also commented that general communication with her leasing office was difficult and she often made multiple attempts to communicate before her efforts were rewarded. Many students have expressed they have been in similar situations.

Of those that chose to return home and were able to find subtenants rather than fulfill their leases in East Lansing, many have voiced that they are rather content with their decision.

“I chose to stay home because it only felt natural for me to stay with family during this time,” commented Chen.

However, of those that chose to take advantage of the lease they were stuck in, many have now been confined to their homes.

In an email sent out by Dr. David Weismantel on September 12th, students in the East Lansing area, both on and off campus, were recommended to immediately self-quarantine.

“According to the health department, positive test cases linked to MSU now total at least 342 since Aug. 24, when students began returning to the community in greater numbers,” stated Dr. Weismantel in the email. “At least a third of the new cases are associated with parties and social gatherings off campus, and some of those have been linked to fraternities and sororities.”

As the cases continued to rise in the East Lansing area, residences linked to the spread of the virus were soon under mandatory quarantine. Thirty residences, mostly fraternities and sororities, are currently living out such confinement. Many MSU students have voiced their reactions to this matter.

“I think the number of people who returned for their inescapable leases is bound to relate to an uptick in cases,” stated our anonymous source. “Surely some students would opt to say, but it stands to reason many others would relocate, or stay at home, and there would be less bodies in this city socializing.”

As cases continue to rise in the densely populated East Lansing area, more mandatory quarantines may take place. However, one can’t help but wonder if such an extreme measure would have been needed if students were able to alter their leases during the current global pandemic.

Sierra Jezuit is a fifth-year studying professional writing and English. She plans to work in the editing field after graduation, and hopes to share her passion for literature with the world. In her free time she can be found listening to all kinds of music, browsing Netflix and writing poetry.