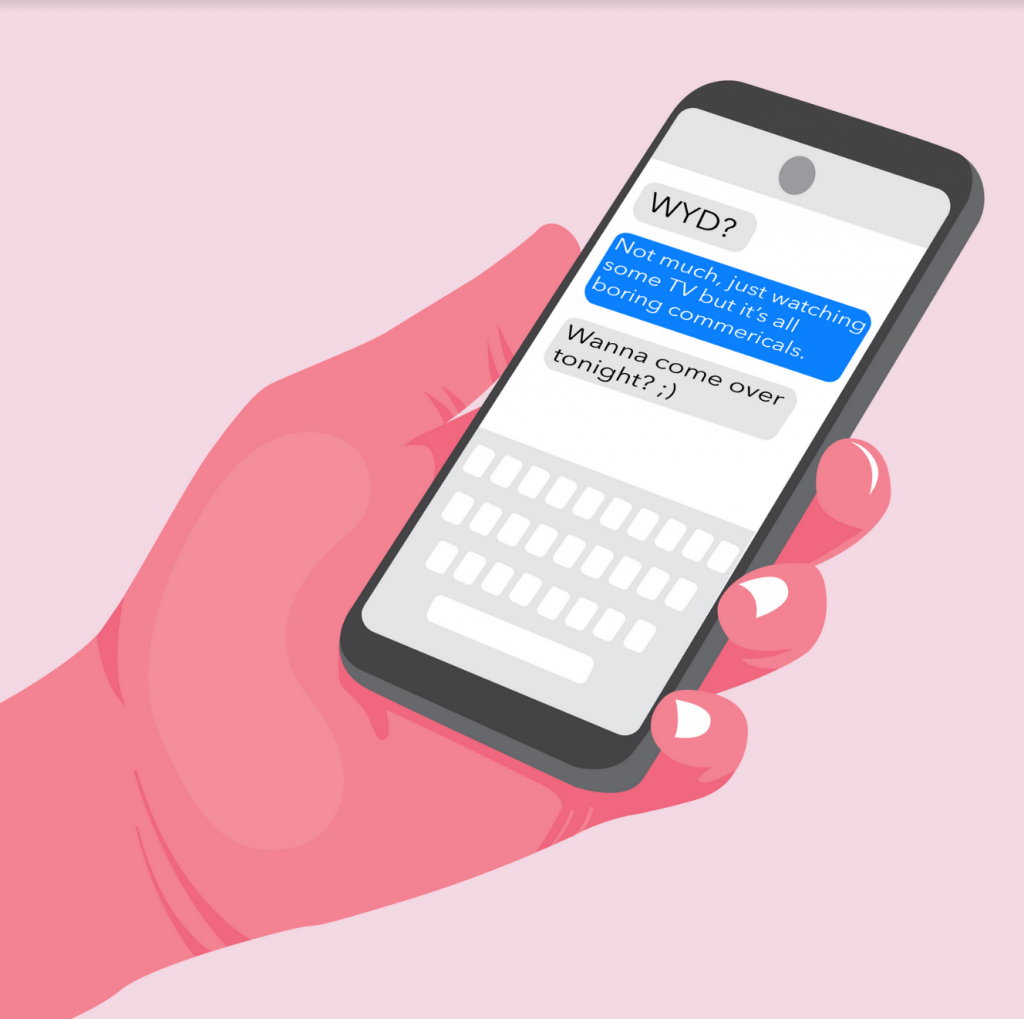 In the midst of a global pandemic, going into lockdown is a normality and feeling alone is inevitable. The past six months have been difficult for all of us. The news and media constantly streaming with updates, nationally and globally, on the pandemic has consumed our realities and conversations. However, why is no one talking about hook-ups during lockdown? Online dating is at a high due to the unavailability in most areas to go out to bars or restaurants to meet new people. People are continuing to still meet up with strangers and get to it even during a pandemic. Yet, on the media and trending topics, condom commercials or Sexually Transmitted Diseases(STDs) awareness are nowhere to be seen.

Before the pandemic, I remember watching TV and YouTube videos where there would be multiple advertisements showing different condom brands. Trojan and Durex were major frontliners, but ever since COVID-19 has been a topic of discussion, the awareness to protect ourselves in ways that involve more than just wearing a mask have fallen mute.

The knowledge of STDs stem from either education in schools, where health classes teach about the different kinds there are, or from the media and advertisements. However, according to the CDC (Centers for Disease Control and Prevention) the main age group which shows a growing rate of STDs in America each year range between those who are 15 to 24 years old. This age group is not singularly  contributing to the rise in STDs. Those who are older and sexually active are still at high risk. Yet during lockdown, hook-up culture is still prominent. Why is no one talking about the rise in sexually transmitted diseases and infections from 2017 to now? Some people consider wearing a mask would be all they need to keep themselves safe during this time, but that is the furthest from the truth.

STDs continue to rise in the United States each year. Unfortunately the lockdown has affected many small and big businesses, especially the condom brand Durex. This is happening during a time of a global pandemic and time when STD reports are at their absolute highest. Yet, according to the CEO of the parent company, Laxman Narasimhan, Durex condom sales have slumped during the pandemic.

It would be inaccurate to say that social distancing hasn’t affected these trends. However, if you are between the  ages of 15 and 24, there are more restrictions to get condoms. Lockdowns in different areas require strict hours for stores. The consideration of leaving the house to grab a condom seems to not draw enough drive to follow through due to the risk it puts people in to being exposed to COVID. Unfortunately, this drought in condom use can be seen on campus at Michigan State University.

According to an RA who is in the dorm Shaw on campus during this fall semester of 2020, they hadn’t received a stash of condoms that are free to the students living on campus. Even though classes are online and less students return to campus, there is still a need in the dorms for this protection provided by the university. She was faced with a situation where a student came to her door, who was also living in Shaw, who asked her for a condom because she was about to have sex. The RA had none, and what happened next is still unknown, however this left a student with greater exposure not only to COVID-19 but possibly a lifelong STD.

Condom awareness on university campuses is not only in a drought on MSU’s campus, but also others. The University of Georgia’s President sent out an email to the student body — before the return to campus this fall — indicating wearing a mask is important also if you decide to partake in hook-up culture upon returning to campus. This statement made by the university was actually removed due to their sex advice to the student body. However, on Twitter there were multiple students who took to this platform and decided to share the recommended guidelines.

Due to condom sale slumps, it would make sense that the production cost to create new advertisements would be difficult. However, during a time of loneliness and uncertainties, it is important to not forget exposure rates from unprotected sex and the rate of exposure there is without a mask. The next time you hook up, don’t forget to mask up and wrap up.

Jaclyn Krizanic is a senior studying professional writing and minoring in graphic design. Jaclyn plans to apply her knowledge and skill sets she has gained from her major into her current, future and professional work. Jaclyn loves to write poetry and inspires to publish a book of poems and short stories upon her graduation.