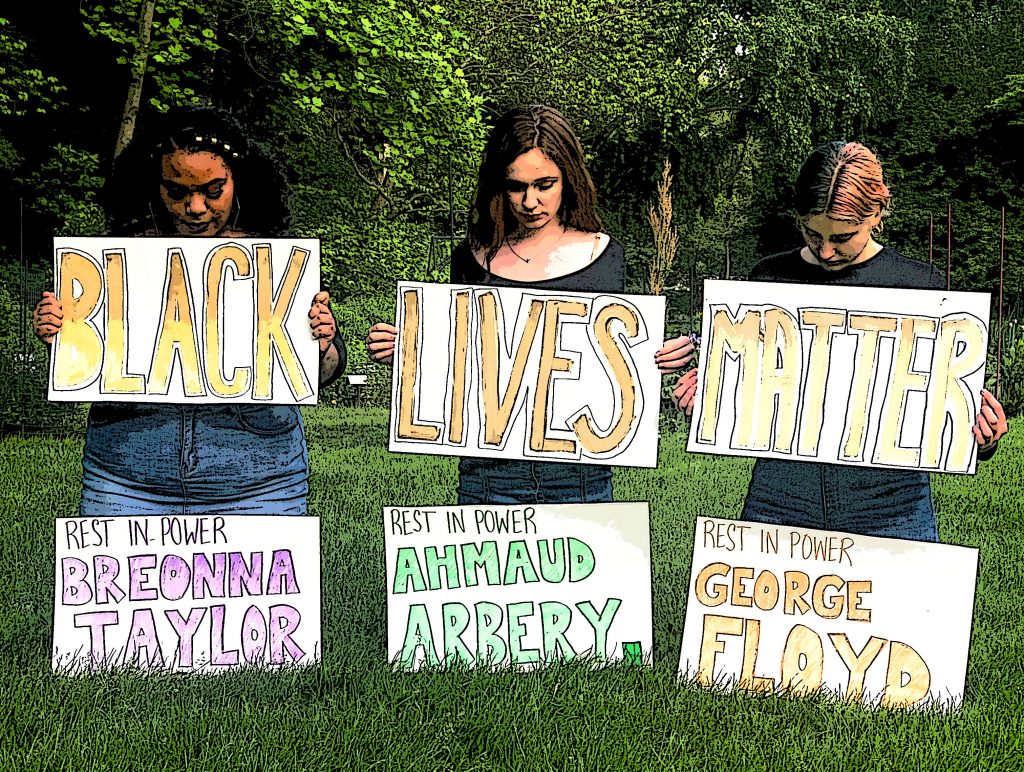 On this day, former San Francisco 49ers’ quarterback Colin Kaepernick took a knee during the national anthem.  That single action sent a shockwave across our nation and would unfortunately cost him his relationships with teammates and friends, various endorsement deals, and ultimately, his NFL career. But not everything was lost that day; Kaepernick’s silent statement had signaled a new era in the Black Lives Matter movement and brought the issue of police brutality to the national stage.

Yet, it wasn’t until recent months that the BLM movement gained exponential momentum. According to a recent study published by The Washington Post, of roughly 2,000 respondents, 4 out of 5 individuals who either participated in BLM protests or raised awareness related to social inequality this year had never done so before. Why is this? Or better yet, what forces influenced the overwhelming support of this movement over the past nine to ten months? Why does everyone care now?

A need for collectivism

There are many different schools of thought behind this question; nothing is ever solely caused by one entity. Some believe society’s overall heightened awareness of collectivism, or the practice of prioritizing the group over the individual, is to blame.

In the months following the coronavirus outbreak, messaging centered around wearing masks, not only to protect oneself but to protect others. Our media was flooded with researchers and medical professionals imploring us to heed this advice, as well as consider the greater good of society. Therefore, some argue that the heightened sense of collectivism influenced individuals to consider and remain conscious of the wellbeing, physical and mental health included, of their coworkers, neighbors, and friends.

Although a beautiful sentiment, this idea has its shortcomings. For instance, the BLM protests began in the United States, a highly individualistic society. Even as the importance of collectivism was communicated across the nation, many individuals rejected the philosophy. Protests opposing the use of masks ensued, even going as far to mock the dying words of George Floyd: “I can’t breathe”. Therefore, there must be some other force that may further explain the sudden influx of BLM supporters.

Others believe the overwhelmingly disproportionate toll this pandemic has taken on minority communities was a major factor in raising awareness for the Black Live Matter movement. This unfortunate occurrence has shed a light on discriminatory practices rooted within the healthcare industry, as well as the dark history associated with the inequity minority groups face when it comes to healthcare.

In an article published by the CDC, these inequities are further explained. “There is increasing evidence that some racial and ethnic minority groups are being disproportionately affected by COVID-19.” To continue: “Inequities in the social determinants of health, such as poverty and healthcare access, affecting these groups are interrelated and influence a wide range of health and quality-of-life outcomes and risks. To achieve health equity, barriers must be removed so that everyone has a fair opportunity to be as healthy as possible.”

This revelation, among others, is what caused some medical professionals to argue that protesting during a global pandemic was a necessary risk. Many of them viewed social inequality and racism as a public health issue just as deadly as COVID-19. According to Time Magazine, community health advocate Dr. Rhea Boyd stated, “If people were to understand that racism, and all of the social and political and economic inequalities that racism creates, ultimately harms people’s health,” they would see that “protest is a profound public health intervention, because it allows us to finally address and end forms of inequality.”

But even then, was this enlightenment enough to elicit a global response in support of the BLM movement? Or was there still something else that heavily contributed to its success?

To state it plainly, some suppose the recent success of the Black Lives Matter movement can be traced to…well…boredom. In light of the numerous executive orders which shut down much needed sources of income, individuals found themselves with much more free time on their hands.

According to USA Today, in April the United States’ unemployment rate reached its highest point, during the pandemic, at 14.7%. This was roughly a month before the death of George Floyd. This meant millions of people were stuck at home, plagued with financial problems. Interestingly enough, in a study conducted by Maneesh Arora at The Washington Post, Arora discovered that individuals who were financially affected by the pandemic (by way of layoffs, furloughs or otherwise) were significantly more likely to participate in protests and to speak out against inequality during this time.

So, what does this all mean?

In short, it’s hard to deny that the presence of COVID-19 has directly affected the success of social justice movements this year. In its wake, the coronavirus not only brought more attention to BLM but also other movements involving the rights of the LGBTQ+ community and undocumented immigrants.

In my opinion, it makes sense that the monotony of quarantine may have played a large role in this movement’s success. Individuals have been torn away from their everyday norms and given time to examine themselves and reflect on their own implicit biases, something we usually don’t get the opportunity to do as we cram our days full of obligations that, at times, distract us from what really matters.

Which begs the question: Without the presence of COVID-19, would Black Lives Matter…really matter?