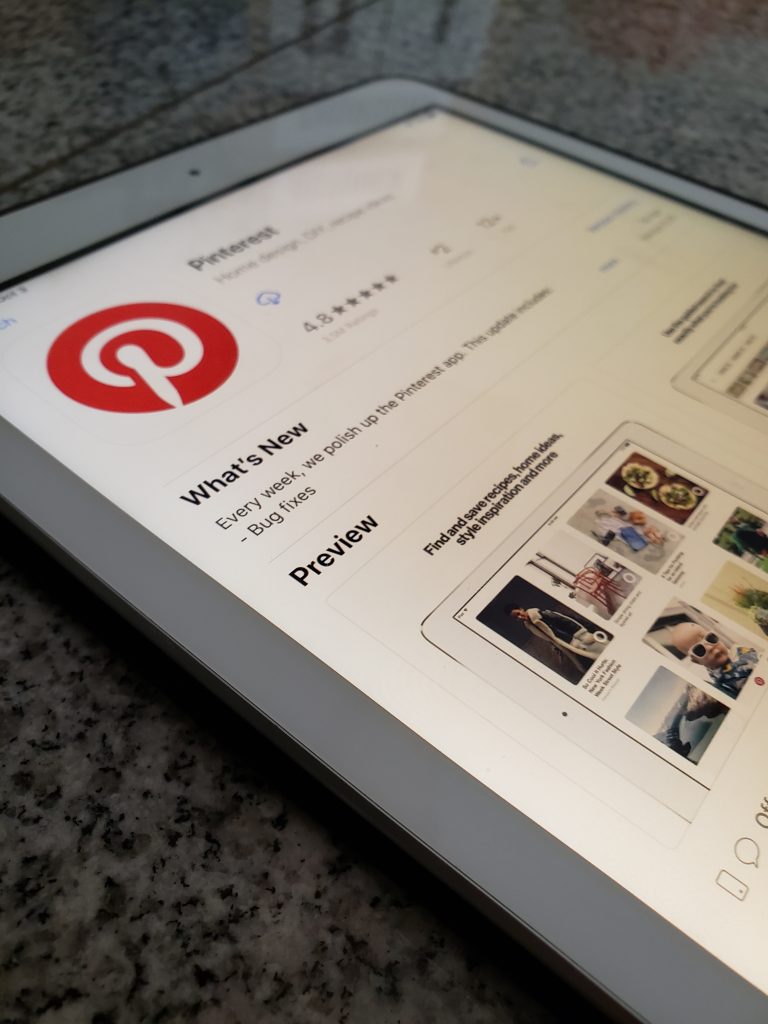 Since 2010, artists and art-lovers have turned to Pinterest as a source of inspiration and a place to share their creative endeavors. Pinterest allows users to share images as “pins,” which anyone can save and sort onto boards on their account, with topics ranging from recipes to fashion to travel sites. With over 200 billion pins, there is something for everyone. Unfortunately, since 2010, users have been stealing pins from their true creators and getting the credit, and Pinterest is still in a messy copyright situation 10 years later.

Copyright infringement is not a new problem, and Pinterest is no exception. In 2012, a photographer Bill Lockhart wrote a post in a forum expressing his disdain for the platform. The NatureScapes.net post bashes Pinterest, saying,

Pinterest removes the metadata from all photographs that are uploaded to its site. What this does is remove all copyright protection of the photograph that you or I might have embedded in the photograph.

Without embedded metadata, anyone could claim that they had no knowledge that the photograph was copyrighted. Author data, name of the photograph, and other information contained in metadata are gone. In effect, what Pinterest is doing is destroying our rights to photographs. It is a dastardly act.

Anyone can upload something to Pinterest, even if they are not the original owner of the image. A middle school girl may screenshot a picture from VSCO, upload it from her camera roll to Pinterest and take all the credit from the original owner. If it goes viral, it benefits the girl who screenshotted it, not the person who took the photo. This is just one example of how pictures get stolen, intentionally and accidentally, on the platform. Many users repin an image without ever knowing it was stolen.

In 2019, an article from “CreativeFuture” expressed similar disapproval of Pinterest’s inability to monitor its own platform and protect its users. It is too easy for pins to be uploaded without attribution, and “with a growing number of unsourced pins being saved to user boards and profiles, copyright holders are being directly impacted. Images on the platform are being exploited for commercial gain, and the personal work of artists is being stolen.” Pinterest allows users to directly save images to their cameras, so anything without a watermark can easily be saved and printed for free.

The latest example of this is the collage wall. Thanks to VSCO, TikTok, and social media influencers, collage walls became a staple of college dorm rooms and teenager’s bedrooms. The trend began when photographer and influencer Tezza began selling collage kits made up of images she had taken, edited, and printed. The packs of prints can be hung up as a customizable collage, and they became a huge success. As with most trends, people began searching for cheaper dupes.

Where can people get trendy photos at their fingertips without paying a thing? Pinterest. Users began creating boards with hundreds of images, almost of all which the users did not own. After saving the images to their phone, they printed them out and had everything they needed for their collage — for much less than the $89 they would pay for Tezza’s kit. Most users believe that because the content is publicly available and they aren’t selling it or making money off of it, there is no problem with printing out the images, but ownership is more complicated than that.

A quick search on YouTube will reveal hundreds of tutorials for DIY collage walls and Tezza dupes, like this one from Chaunna Diaz. In the video’s description, she links the Pinterest board with the images she used. Very few of the pins are linked to a business, but with a reverse google search, you can usually find the original creator. The pictures Chaunna encourages her followers to print are products for sale on Etsy, RedBubble, and even MSU Libraries. They are stolen images, with Pinterest keeping the artists from their profits.

Pinterest can be a great marketing tool for small businesses, providing a free form of advertisement. However, creators must ask themselves if it’s worth it to make their images so easily accessible and easily replicable. According to the terms of service, by putting an image on Pinterest, users “grant Pinterest and [its] users a non-exclusive, royalty-free, transferable, sublicensable, worldwide license to use, store, display, reproduce, save, modify, create derivative works, perform, and distribute [their] User Content on Pinterest.” Is it worth it to practically give up ownership of the image for free advertising? Ultimately, creators must decide that for themselves.

For the Pinterest-obsessed, follow these guidelines to be sure you aren’t posting stolen images. First, never upload something from your camera roll to Pinterest that isn’t your own. If you upload something from a website, be sure it links to the content’s source, and leave credit in the description of the pin. CreativeFuture suggests clicking on each post before you repin it to make sure it links to the source. If it does not, try to find the pin from its original owner.

If you share your own images on Pinterest, this article from Susanna Gebauer walks you through the steps to find out if your images have been stolen and how to report them. Using a reverse google image search is an easy way to find out if a pin is stolen.

Be mindful of what you pin. Remember the work that goes into creating art, and respect the value that Pinterest brings by taking a little extra time to pin responsibly.