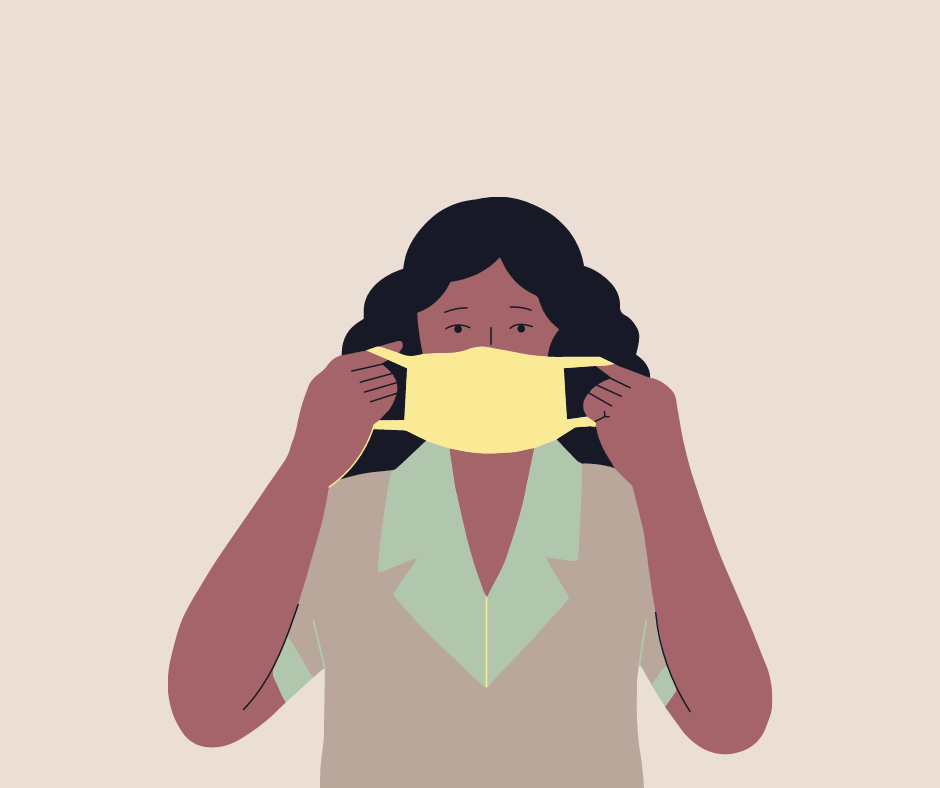 The COVID-19 pandemic has claimed more than 200,000 lives in the US and, unfortunately, things are likely to get worse in the winter.  Efforts to “flatten the curve” are as important now as ever and will continue to be prevalent until a widely available vaccine is produced. To illustrate the importance of flattening the curve, The Current has interviewed a nurse from the Chicago area who would like to remain anonymous. This is her story.

With the onset of the virus, her organization began to plan which units would become isolation units. The parameters used to determine such designations were location and unit staff qualifications. In the end, administration settled on the Surgical Intensive Care Unit (SICU) as the primary COVID intensive care unit because all non-emergency surgeries were put on hold to cut down on the spread of the virus and because ICU nurses have the qualifications to care for any patient.

To be admitted into the ICU, a patient had to have present to the ER with a fever over 99.9°F, have shortness of breath and require oxygen (oxygen saturation level under 90 percent), and whose vitals were not compatible for life (abnormal EKG, labs, level of consciousness, etc).

Our nurse did not initially work in the SICU, but was instead in a spinal cord injury unit and volunteered to be cross-trained for 60 days as an ICU nurse. These nurses from other units were called “Extenders” and were not allowed to return to their original units until they tested negative for COVID-19.

“Before I left home I packed a change of clothes in a garbage bag and a lunch that I would probably not eat”  Once at the hospital, our nurse would change shoes, put on her scrub cap, grab her goggles, and head to the ICU, garbage bag and lunch in tow. The unit had three doors that she would pass through. They were there to maintain the negative pressure of the unit which helped to contain airborne pathogens. At the start of her shift, she would grab a new face shield, shoe booties, and an N95 mask, then she would receive a morning report from the night shift and the new shift would get their assignments from the charge nurse.

Before the nurses entered a room with a patient, they washed their hands, donned their gloves and an isolation gown, and then put on another pair of gloves. After that, they got their N95 mask and goggles or face shield adjusted.  The entire process ranged from two to five minutes, though our nurse described this process as feeling like an eternity when you need to be at the bedside quickly to manage the critical changes that occur frequently in unstable patients.

Prior to 9:00 AM, the nurses would do assessments, chart review and medications.  Each ICU patient has at least a picc line, arterial line or IV that they receive three medications through. Most have six infusions at once. Nurses maintain the heparin drip, the insulin drip, pressers, sedation, and IV antibiotics.

At 9:30 AM, the nurses would prone the patients to improve pulmonary functioning. This meant that six nurses would flip the patient onto their stomach “while the patient was hooked to 6 or more IV and on a ventilator, without ripping anything out.”

“Monitors and alarms became a constant reminder of fragility of life. The rest of the day was filled with frequent assessments, lab draws, tube feedings and most days holding the hand of a dying patient until he was gone.

After a patient died, the nurse would find another coworker to assist in preparing the body. “These days were emotional, and when you looked up to see a coworker’s reddened eyes you offered a hand to help them through the shock. Sometimes that support was a hand on the shoulder, sitting with them in silence or picking up some tasks for their other patients, because you knew their mind was still with the one that departed that day.”

Before new protocols could be implemented, the unit would run short of morphine, which was used to ease the suffering of the patients in their final moments. This shortage angered our nurse because the MDs would refuse to order more. When patients did not get morphine, they would get “air hunger,” which our nurse says she cannot unsee. She describes it as “like watching someone drown, the sound and the look of it is horrific. Wide eyed and the effort to force oxygen into their lungs would exhaust [the patient] until death finally took them.”

Many doctors shied away from the unit as they feared spreading the virus to the other parts of the hospital they made rounds in. Others simply refused to go into the rooms. There was also a shortage of hands to hold.  If there wasn’t a nurse available to stand by a patient in their last moments, then “when they died they died alone.”

Some days, our nurse thought she had COVID, and it didn’t help that headaches were a daily occurrence. She’d ask herself “Am I dehydrated? Is it because I’m breathing my CO2? Are my shield, mask or goggles too tight? Do I have COVID?” The fear of infection took a toll on her mental health because she was worried about infecting her partner. “The thought of losing the love of my life was paralyzing.” She wouldn’t eat or drink for fear of infection and lost weight as a result. “I held my partner closer and I was lucky that she let me. Most RNs had to keep their family at a distance. My partner is also in public service. So, if I was going to have COVID so was she and vice versa. We comforted each other and held each other tight.”

The coworkers from our nurse’s spinal cord injury unit were proud of her and would check in on her often. They were also thankful because she and one other volunteered, so nobody else had to fill the void. As for the nurses at the SICU, our nurse says they “welcomed me with open arms and taught me so much more than the skills I needed to care for these sick patients. The bravery, work ethic and capacity for empathy I witnessed from these nurses will forever be etched into my memory.”

When asked how her experience on the COVID-19 unit might affect her in the future, our nurse responded, “The connections I have made will stay with me forever. What I learned is that I am stronger than I thought.  My life did not slow down during COVID like many. I work two jobs averaging 50-60 hours of a week while finishing a Masters degree and doing that helped me realize that life goes on whether you stand still or move with it.”

As the leaves change and the days get shorter, it is important to remain vigilant in our efforts to combat this virus and to remember this final message from our nurse: “Do not take the time you have and the people that you love for granted.  Make an advanced directive and a will.”

Jarett Greenstein is a junior double majoring in Professional and Public Writing as well as English with a concentration in creative writing. He is currently the Assistant Managing Editor at the Red Cedar Review and he also does closed-captioning work with MSU IT.  You can find him on Twitter @JarettWrites.