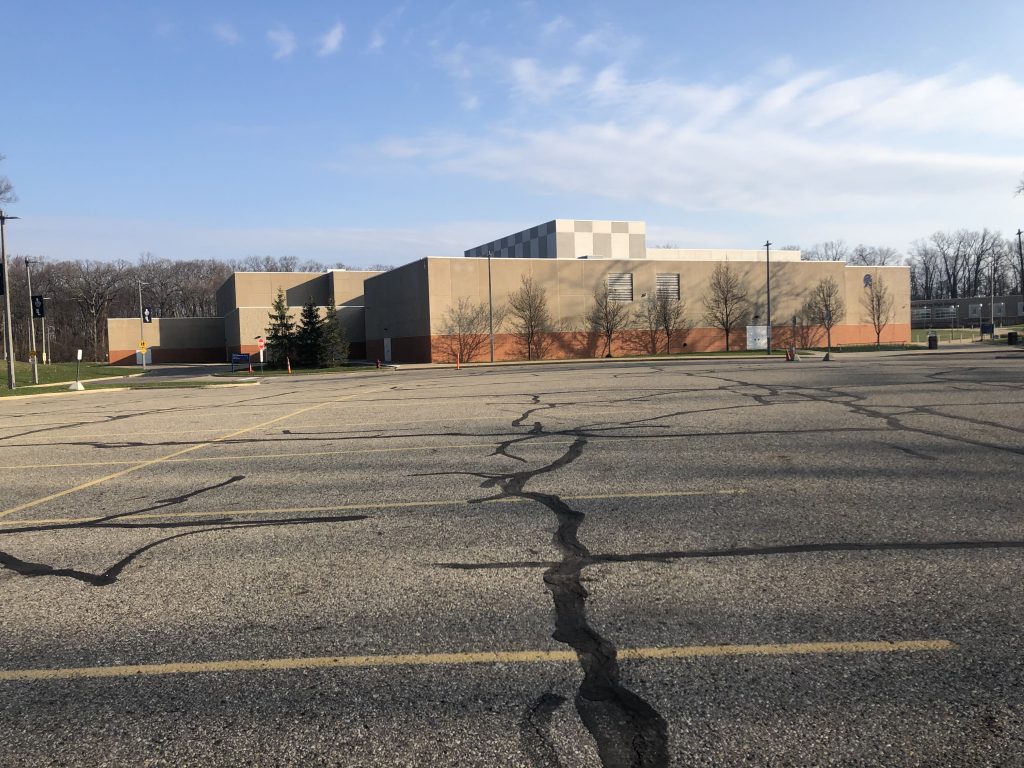 The COVID-19 pandemic caused much change in the daily lives of everyone in the world. In Michigan, the school year was cut short by Governor Gretchen Whitmer in March to keep people in their homes to slow the spread of the virus. Before this, however, schools in the greater Lansing area, like the others in the state, were ordered to close their doors for a few weeks while the situation surrounding the virus was assessed. While this was frustrating for everyone involved, for some students more was disrupted than their school year. Students who rely on schools for their meals were suddenly without a main source of food during the week. When the announcement was made that the schools would be closing indefinitely, the faculty and school district of East Lansing put together a plan to make sure that the students who relied on the schools for their food were not left hungry. Though this plan eventually changed with the official state response, the East Lansing School District and its faculty always made sure the students who would be most affected by no longer having school would have the food that they needed.

When the mayor of East Lansing, Ruth Beier, declared a state of emergency on March 13th, all public buildings were shut down so that the residents could practice social distancing. By March 16th, the East Lansing Public Schools had a plan, reported on by Alice Dreger on the ELPS official website, in place to help deliver food to children. It was specified in a press release that these deliveries were not only for students enrolled in schools, but for anyone below the age of 18 who was going to be impacted by the coming weeks and needed help getting food. Locations and times that food would be dropped off were given for several different locations around the city. The plan stated that the parents or guardians of anyone 18 years old or younger would be able to pick up the food at the specified time and locations. Two days’ worth of meals would be provided on Mondays and Wednesdays and three days’ worth on Fridays. To help pass out the meals, many teachers from the ELPS volunteered to spend their mornings making sure that the children of East Lansing had food during the months that the schools would be closed. This food was donated by community members and those volunteering to work with the program along with Chartwells Food Service.

Nearly 2,400 meals were handed out by volunteers on the first day of the program. This system was successful in making sure that the children of East Lansing who needed the help had access to the food, however there was another hurdle that the volunteers and administrators could not see coming. On March 23rd, Governor Whitmer announced a shelter-in-place order for Michigan. According to this executive order the governor banned what was called “in-person work that is not necessary to sustain and protect life.”

This order meant that the original plan, which had only been in place for a week, would no longer be effective as the new order put stricter rules in place regarding when people could leave their house and how many at a time could be in specific places. The morning after the executive order was put into place the ELPS had to adjust their schedules and figure out a new system to make sure that the meals were passed out to the families still in need. The solution, which was quickly announced on the school district Facebook page, was that the number of deliveries would be reduced to reduce extended contact and ensure the safety of the volunteers. Now, instead of a system where people would hand out the meals, it would shift to a drive-thru like system where the person receiving the meals would bring a laundry basket or box and have the food placed in there as they drove through the line. While this may not have been as fulfilling for some who wanted to keep helping the kids in several parts of the city, the drive-thru system still made sure that the food is given out to those who need it.

In an uncertain time it would have been easy to leave some of the most vulnerable behind. The teachers and administrators of East Lansing Public Schools ensured that the children of East Lansing had food during the pandemic. They kept up with the changes as the changes came, made sure to adjust the way food was distributed and refused to give up when the situations made it more difficult to keep making sure the kids in need had food on their tables.

Tristan Tanner is a senior majoring in Professional and Public writing. He came back to school after getting a BA in English with a Film Studies minor because he liked undergrad so much the first time around. When he is not doing school work he can be found reading comic books, playing Dungeons and Dragons with his friends or watching and talking about movies. If you have a random question about Spider-Man, there is a good chance that he knows the answer.