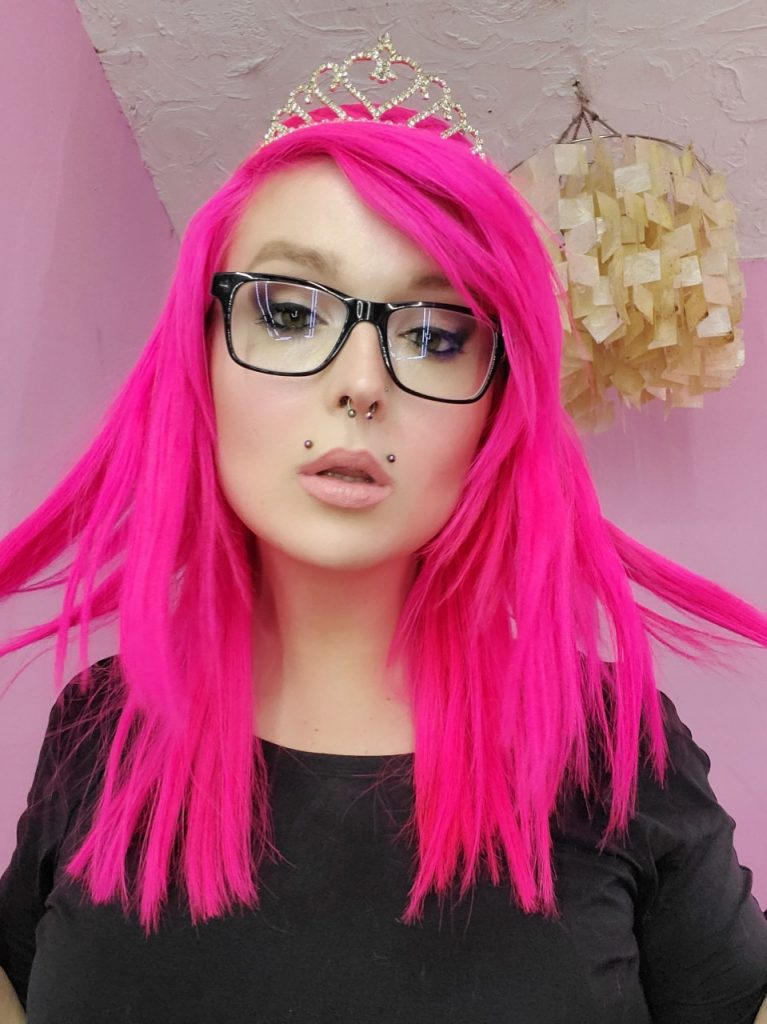 It’s no secret that the modeling and fashion industries have experienced loads of controversy in the past. Gucci’s blackface loafers and turtleneck, Revolve’s fat-shaming sweater and Burberry’s hoodie with a noose around the neck are just a few of the industry’s worst controversies from recent years. However, overall, a lack of racial diversity and a large portion of the modeling industry considering a size 6 to be too large are just some of the many issues that plague the fashion industry—and at the center of it all lies Victoria’s Secret. The most well-known lingerie company in the world has been discriminating against body types, sexualities, races and gender identities, creating an unrealistic, non-inclusive fantasy that they market to their viewers. Until August 2019, the company was largely viewed by the public as openly transphobic due to a number of controversies televised around the globe.

Back in 2018, the Chief Marketing Director of Victoria’s Secret, Ed Razek, made a transphobic comment in an interview with Vogue that made headlines. Razek said, “Shouldn’t you have transsexuals in the show? No. No, I don’t think we should. Well, why not? Because the show is a fantasy. It’s a 42-minute entertainment special. That’s what it is. It is the only one of its kind in the world, and any other fashion brand in the world would take it in a minute, including the competitors that are carping at us. And they carp at us because we’re the leader.…We attempted to do a television special for plus-sizes [in 2000]. No one had any interest in it, still don’t.”

Razek insisted the company had seen many transgender and plus-size models during the casting process, however, they did not make the cut as many other “traditional” models did not make the cut either. He made a point that, years ago, the brand’s parent company, LBrands, attempted to have a plus-size lingerie show with Lane Bryant, another one of their former companies. However, he claimed that the show was not profitable or successful and that no one wanted to see a plus-size fashion show and still doesn’t. After all of this chaos, Razek made a public apology via the Victoria’s Secret Twitter account. Unfortunately, his words stuck with the company’s image and continued to build upon the brand’s existing stockpile of controversy, causing a severe decrease in sales and an all-time low in viewership for the 2018 fashion show.

While many people associate the lingerie company with being largely transphobic, people don’t normally acknowledge the fact that there any several transgender women who work for the company at the retail level, despite discrimination. At Twelve Oaks Mall in Novi, Michigan, the Victoria’s Secret storefront is one of the largest, most successful locations for the franchise in the Midwest. While this location welcomes large profits, it also welcomes one of these forgotten transgender employees.

Vanessa Roberts was assigned male at birth, but she always knew she was female at heart. “I’ve always known that I felt female ever since preschool. My whole life I had to be dragged, kicking and screaming, to do anything masculine whatsoever,” said Roberts. “I started growing my hair out when I was in late elementary school. And by the time I was 14, I came out and started living as a woman full-time.”

Roberts was disowned by the majority of her family and experienced severe bullying and discrimination at school. In high school, her classmates would follow her home from school and, at one point, even tried to run her over with a car in the school’s parking lot. As a result, Roberts dropped out of high school and entered the workforce at a young age.

Once in the professional world, Roberts still experienced discrimination on a daily basis, being denied job opportunities and medical care due to her gender identity. However, she eventually was hired at Sephora to work part-time as a sales associate and makeup artist. She worked there for a few years until her supervisor received a management position at Victoria’s Secret and recruited Roberts to begin working at the lingerie company with her. In November 2015, Roberts had her first full-time job at Victoria’s Secret.

Razek’s previous statements implied that plus-size and transgender women do not want to purchase their products, however, in reality, it is quite the opposite. When asked why she was drawn to Victoria’s Secret in the first place, Roberts explained that many transgender women still in the early stages of living full-time are drawn to extremely feminine things. With that being said, Victoria’s Secret is one of the most exaggeratedly feminine companies on the market, glorifying feminine aspects and sex appeal with copious amounts of silk, lace and spandex. Roberts absolutely loved working in a store environment where she was surrounded by this femininity and a sea of stereotypically pretty things.

“Being a trans woman, I think it’s easy to latch on to anything that’s feminine because when you’re pre-transition you’re not allowed to express your femininity or be attracted to having or doing feminine things,” Roberts said. “I think that once you get any freedom whatsoever to do that, a lot of trans women latch on to super feminine things like that, and Victoria’s Secret’s image is very glamorous, bombshell, like sexy, sexy, sexy. I think I was just really excited to work at a store that had that really glamorous image, and you know, I felt great wearing the product, so I was excited to work there.”

While the lingerie company has had 295 models from over 53 different countries over the years, according to the HuffPost, the brand attempts to represent a wide range of nationalities and ethnicities. However, this so-called racial diversity fails to prove itself on the runway. All of the models are traditionally beautiful, generally having lighter skin and smaller, thinner facial features. The lingerie brand has also lacked diversity in almost all other areas for decades. Until recently, plus-size and transgender models were left out of the mix altogether, whereas other company’s like Rihanna’s lingerie brand, Savage X Fenty, had already included transgender women from the start. According to Women’s Wear Daily, Victoria’s Secret welcomed their first transgender angel, Valentina Sampaio, a 22-year-old Brazilian model in 2019. Following the controversy sparked by Razek, the addition of this new model attempted to demonstrate that the brand as a whole is not transphobic, even if Razek himself was. According to The New York Times, Razek actually chose to resign due to the public criticism shortly after Sampaio was welcomed aboard. Sampaio made history as the first transgender model at the notorious Victoria’s Secret and was largely accepted by the company’s audience.

After Razek’s statement came out, many of Roberts’ coworkers refrained from bringing up the issue at work. “Sometimes when trans-related issues come up I notice a lot of the general population that it doesn’t apply to or a lot of cisgender people just don’t understand and can’t put themselves in a transperson’s shoes enough to understand why something is wrong. So they don’t really know where to start as far as having an opinion,” said Roberts. However, one of Roberts’ managers did make a point of making sure she was okay during those troubling times. Aside from the lack of comfort from her coworkers, she was not bothered by the incident all that much. She was not going to let the words of one man affect her.

“I wasn’t surprised because Victoria’s Secret kind of flaunts this very dated idea of what beauty is. It’s very supermodel-centric, it’s very tall, super thin, blonde, brunette models. That kind of girl is their idea of diversity. It’s very heteronormative. They don’t really have anyone that’s that different looking,” Roberts said. “I think [Razek] was wrong saying that it wasn’t a fantasy—it just wasn’t part of their dated fantasy.”

Roberts claims that aside from the televised controversies, Victoria’s Secret is actually a very trans-friendly company to work for. After being denied it for years, she was finally provided health care working full-time at Victoria’s Secret. In addition to finally being granted health care, her provided plan also covers transgender procedures as well—something that is not common for many health care providers. There are some procedures Roberts wishes to get done in the future, and she is happy to know that her health care will now allow her to receive them with more ease than before.

“Victoria’s Secret is actually a really progressive company in the sense that it’s a company that offers trans-inclusive health insurance. For me, I’m on hormones. I’ve been working toward other surgical things that I want to do, and my insurance through work pays for it all including my hormones and my therapy visits because you used to have to get letters of recommendation from therapists to qualify for surgery. But it will even pay for transgender-related procedures. They just cover a lot of it,” Roberts explained.

In regards to the company’s progression, Roberts also said, “A couple of years ago, the company had some kind of scandal with an employee at another store in another state, where a white employee was saying racist things to a black customer. After that, the whole company made us all watch this video on inclusion, and I remember them specifically talking about race, gender, ethnicity, religion and gender identity, and they actually made a point to mention that. So the company itself is actually pretty decent in that way.”

Overall, Roberts enjoys working for the company and supports the company as a whole in being progressive. While the external appearance of Victoria’s Secret might appear to be discriminatory from the media, the truth is that they are internally inclusive.

Nicole Glynn is a junior double majoring in professional writing and advertising management. She currently writes for VIM Magazine as a contributor to the women’s fashion team and is also the External Marketing Director for the Beta Theta Chapter of Alpha Xi Delta. She can be found asking every single one of her friends which picture to post to Instagram, what caption to use, and most importantly, going against every opinion her friends gave her in the process.